Coronation Street‘s Mary Taylor begs the police for help next week as she grows worried over her son Jude Appleton.

Mary (Patti Clare) understandably turned against Jude last month after he lashed out at her during an argument about his constant lies.

When Jude’s estranged wife Angie (Victoria Ekanoye) joined the backlash and ordered him to leave, he made a low-key departure from Weatherfield and hasn’t been in touch since.

Next week, Mary can’t help fearing the worst over Jude’s wellbeing, thinking it’s a bad sign that she hasn’t heard anything from him for weeks.

Mary suggests to Angie that they should report Jude missing to the police, but Angie is not enthusiastic over the idea as she’s convinced that he’ll be fine.

When Mary goes ahead regardless, Angie gets annoyed as a police officer calls at the solicitors’ office and starts asking questions about Jude.

Angie responds tersely by insisting that Mary is fussing over nothing and Jude has simply run away after his bad behaviour was exposed. 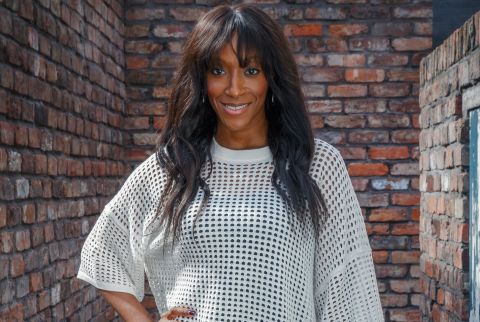 Later that day, Mary frets further when Angie explains that she’s filled the police in on Jude’s duplicitous background so they have the full story.

Mary fears that the police won’t take Jude’s disappearance seriously thanks to Angie, but is she worrying over nothing?

Paddy Wallace, who plays Jude, recently confirmed that we haven’t seen the last of his character following his departure last month.

Although Jude will be back on screen, his return is only expected to be brief as Paddy has already filmed his final scenes in the role.

Coronation Street airs these scenes on Monday, November 19 at 7.30pm and 8.30pm on ITV. 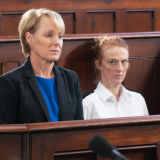 Digital Spy Soap Scoop video – hit play below for all the latest Coronation Street spoilers, as Sally Metcalfe’s fraud trial begins and Ali Neeson continues to spiral out of control.