Coronation Street‘s Daniel Osbourne will be faced with a difficult dilemma over his future next week.

Daniel (Rob Mallard) will be torn after he’s offered a place on a Masters course – unsure over whether to accept due to Sinead’s pregnancy.

After receiving the exciting news, Daniel shares his worries with his dad Ken – explaining that he’s worried it might not be the most feasible option right now given that he has a baby on the way.

As Daniel ponders his decision, he’s given something else to worry about when he learns that Sinead has been suspended from the factory. 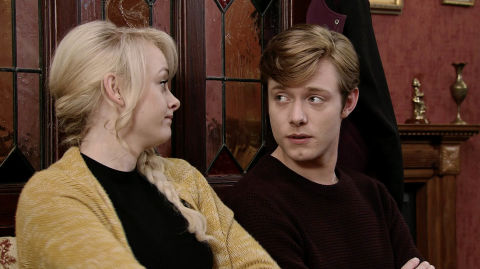 When Peter implements a strict no phone policy, Sinead is forced to break the rules in order to take an important call from the hospital.

Before long, a fight is soon ensuing between her and troublemaker Vicky over it – leaving Peter with no choice but to suspend both women for a week.

But despite being plagued with worries about her own future, Sinead urges Daniel to accept his place on the Masters course.

However, as an excited Daniel prepares to enrol on the course, he is unaware that Sinead is about to get some news that will change everything. 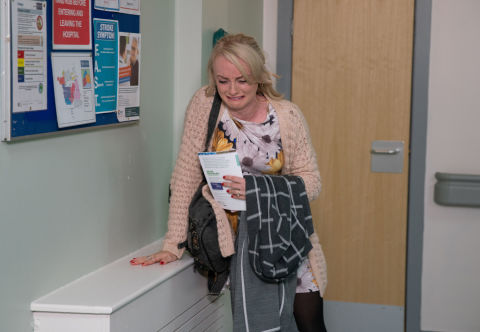 Viewers know that pregnant Sinead is currently suffering in silence after being told that she could have cervical cancer.

Next week’s episodes see this diagnosis officially confirmed and Sinead is devastated when she’s told to consider terminating her pregnancy to start treatment.

But although she initially tries to keep her health news from Daniel, we already know that it won’t be staying a secret for long – with the truth set to come out in future episodes.

Digital Spy Soap Scoop video – hit play below for all the latest Coronation Street spoilers, as the Connors face terrible danger in a car crash and Steve’s wedding day looks set to descend into chaos.