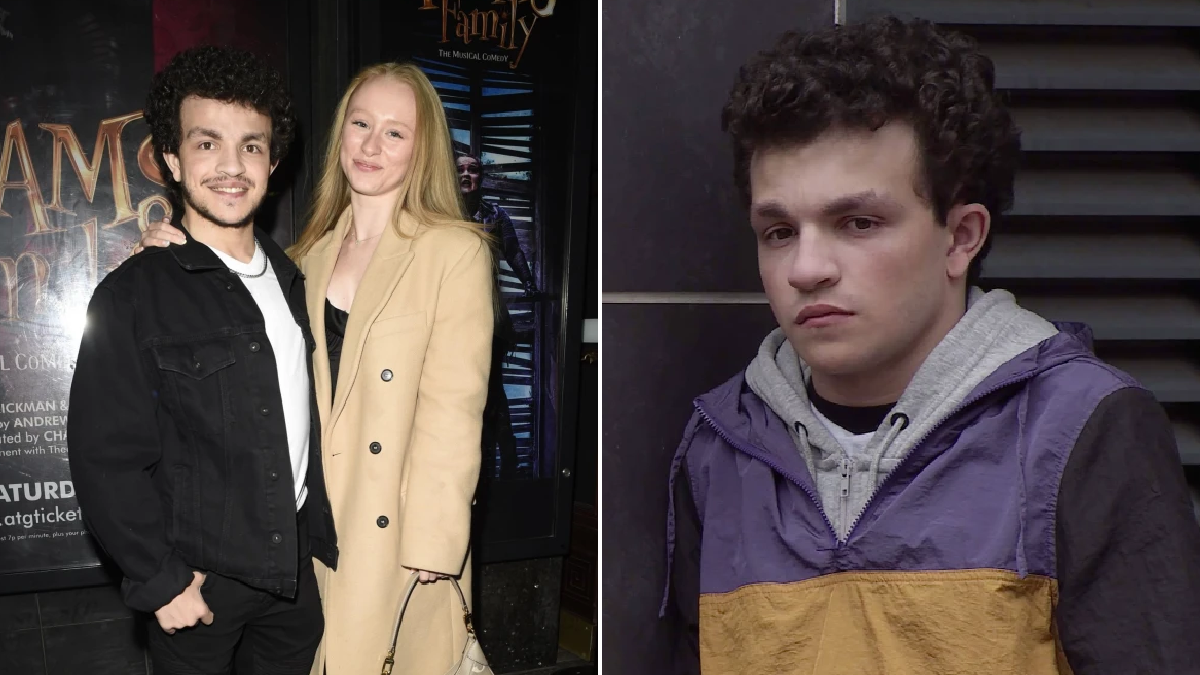 Coronation Street star Alex Bain was all smiles as he posed for photographs with girlfriend Mollie Lockwood.

The actor, best known for his work as Simon Barlow on the ITV soap, attended a press night for The Addams Family at the Opera House Theatre.

The 20-year-old was pictured making his way into the venue to see the show, wearing a white shirt, black jeans and a black denim jacket.

Several of his co-stars were also spotted, including Jack James Ryan, who plays Jacob Hay on the show, as well as Jack’s real-life sister Rebecca, who recently finished her stint on the serial as devious Lydia Chambers.

Jacob made a return to Coronation street earlier this year, and he’s repeatedly clashed with Simon, due to their history.

Simon has therefore attempted to get Jacob into trouble with the law, hoping to get the lad off the cobbles and out of their lives once and for all.

Actor Alex has essentially grown up on the nation’s most famous street, having played Simon since 2008.

‘I can truly say it was scary,’ he told Metro.co.uk, discussing what it was like to be thrust into the spotlight at such a young age.

‘When you’re young, it’s that nature of the child, you don’t have that awareness yet.

‘You’ve got people coming up to you going: “Simon! Simon!”. My family used to say: “Alex, when you don’t want to take any more pictures.” Especially if we’re going on holiday.’

Alex, 20, has been open about his mental health, revealing that he has been through some ‘dark times’, but the actor credits girlfriend Mollie, his daughter, and working on Coronation Street, for ‘keeping him going’.

‘My family has kept me going, and having a daughter as well, that keeps me going, so it gives me something to do.,’ he said.

‘I’ve got a wonderful girlfriend, her name’s Mollie, and she’s always been there for me, because she’s struggled as well, she’s a performer too.

‘My family has been great — they’ve always looked after me. They always said: “You do you, you go your own lane.

‘Don’t listen to what people say, because they’re the people who are jealous of what you’ve got.’