Cobra premieres on Sky One tonight and will see the country plunged into darkness after a huge solar storm hits the UK, leaving the nation completely unprepared to deal with a crisis. However, it seems there could be more crises to come as show-writer Ben Richards teased a second series.

The new drama, which begins this evening will see Robert Carlyle star as Prime Minister Robert Sutherland who is suddenly faced with a national emergency.

A solar storm makes its way towards Earth and the government will struggle to deal with the backlash from regions who end up without basic essentials.

The characters will have to deal with the fallout of a country in crisis as well as their own personal issues.

Carlyle’s Prime Minister is fairly new and inexperienced in his role and will have difficulty getting the country onside throughout the six-part series. 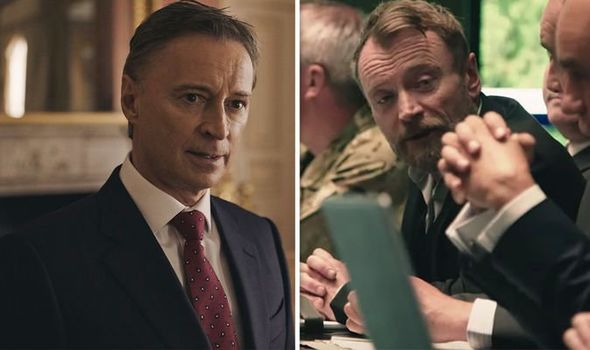 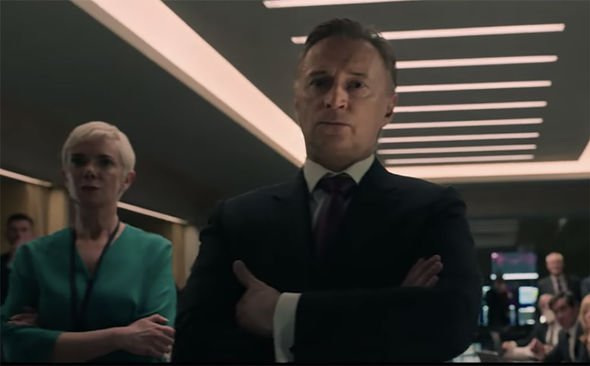 The drama begins as Robert and his Chief of Staff, Anna Marshall (Victoria Hamilton) have to deal with strategizing an impending disaster.

In an emergency COBRA meeting, the pair, along with the rest of the country’s leading politicians are told by contingency planner Fraser Walker (Richard Dormer) there is a 50/50 chance of the count being affected.

As the disaster continues to unfold, there is no guarantee that the country will make it through.

Speaking to Express.co.uk and other press at a screening for the first episode, show-writer Ben explained his aims of showing politicians as “human beings” in the midst of a crisis. 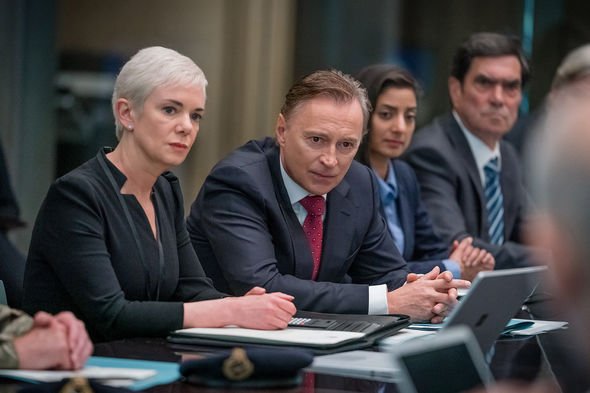 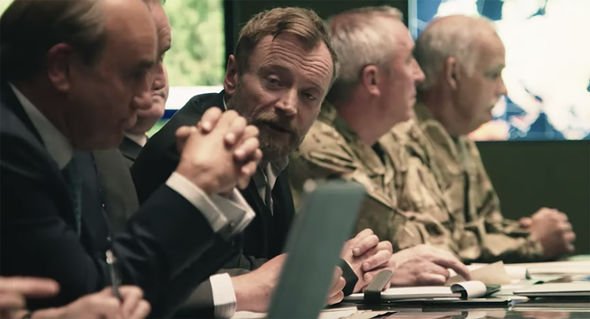 He said: “I think one of the things that we want to really wanted to do with it was to show that these people are human beings trying to respond to this crisis.

“They’re not robots. They’re not perfect, they’re flawed, they have their own personal crisis going on, they have to sleep and eat and, you know, do everything we have to do… and I think we’ve got it fairly right,” he added.

Ben then teased a second series, telling the audience: “I mean, we certainly want to we’ve got other stories, definitely to tell. And we have we are in plans and preparations for that.

“Or spin off stories because once again what’s really interesting is that you can’t just do a disaster a disaster gets cleaned up… that’s not very interesting.

“You have the most to the massive catastrophe that in the end gets gets gets sorted. You know, floods, terrorists get caught you know there are all kinds of things.

“You need it dramatically to get worse over six episodes, I think we’ve found that, that’s the aspiration.”

He then explained how he believed it would be a “tragedy” not to have another series.

“The biggest tragedy with this fantastic cast, would be to not go into another series,” he continued.

“That comes from the heart, I just love watching them,” he gushed.

It comes after Carlyle told press he felt “sympathy” for former Prime Minister Theresa May whilst filming the show.

He explained: “Prior to doing this, I had absolutely zero [sympathy] I would think, but during that time I remember Theresa May was going back and forward to Brussels and she was ageing five years by the week while I was making this and I felt for her.

“I felt I could understand of course she’s got a life, she’s got problems, the stuff we all have going on in her life.

I felt for her as a human being and from one human being to another and you can want to have sympathy for these people,” he concluded.

COBRA premiers tonight at 9pm on Sky One