Dinosaurs have been the subject of intense study by historians and scientists since 570BC, and remain one of the most curious aspects of life on Earth today. During the thousands of years of study, researchers have compiled several theories as to what exactly happened to them, but one reigns high above them all, an asteroid impact.

The extinction of the dinosaurs more than 65 million years ago took place during the Cretaceous–Paleogene period.

During this time, scientists theorise volcanic activity was a significant factor behind the extinction event.

One theory stipulates volcanoes in India choked out gas and ash which blocked out the sunlight.

The eruptions, known as Deccan traps, induced dramatic climate change which made the Earth uninhabitable for the dinosaurs. 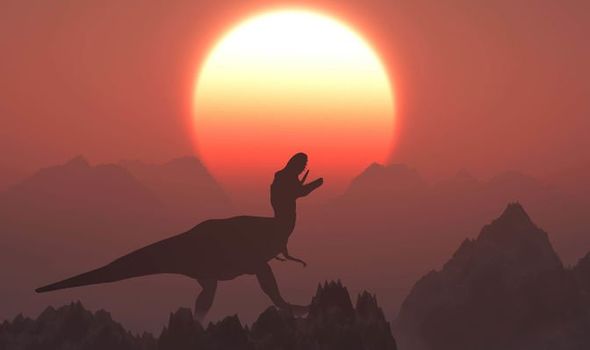 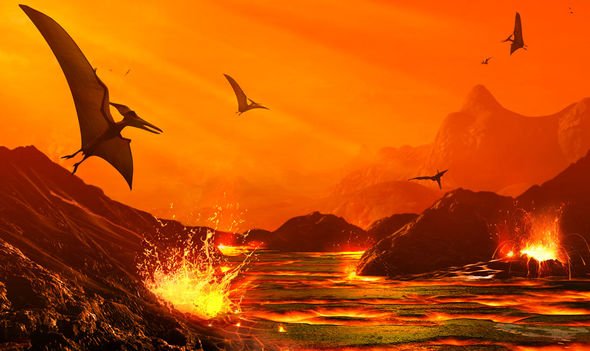 A new paper published in the journal Science today claims volcanoes were less intrinsic to the extinction process than initially thought, however.

Researchers from an international team led by Yale University argued the Deccan traps happened long before the Cretaceous–Paleogene (K-Pg) extinction.

They propose volcanoes did drive climate change, but an asteroid was to blame for the mass extinction as a whole.

Pincelli Hull, an assistant professor of geology and geophysics at Yale, explained global warming due to volcanoes was “gradual”. 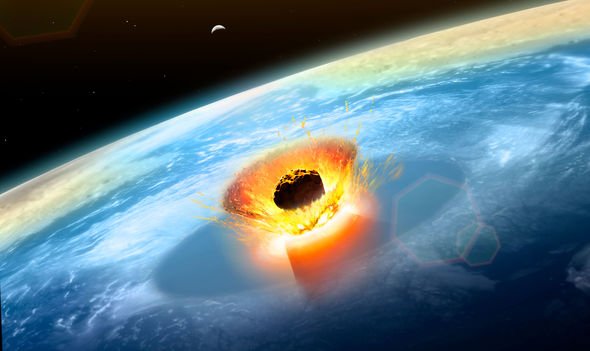 She said: “Volcanoes can drive mass extinctions because they release lots of gases, like SO2 and CO2, that can alter the climate and acidify the world.

“But recent work has focused on the timing of lava eruption rather than gas release.”

The researchers compared global temperature changes and carbon isotopes from marine fossils with models of the climatic effects of CO2 release, which allowed them to see the eruptions happened long before the asteroid strike.

They then concluded the asteroid impact was the “sole driver” of the K-Pg extinction. 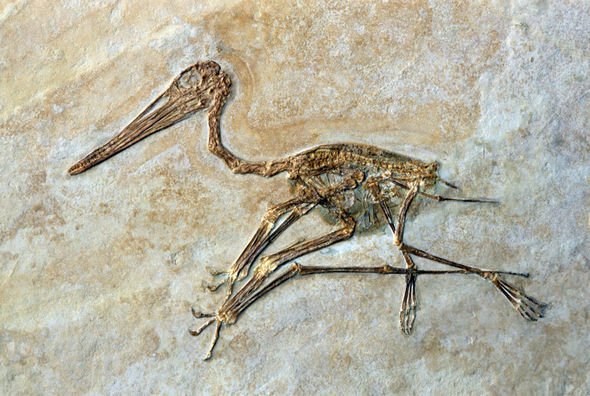 Ms Hull added: “A lot of people have speculated that volcanoes mattered to K-Pg, and we’re saying, ‘No, they didn’t.’”

He said: “Volcanic activity in the late Cretaceous caused a gradual global warming event of about two degrees, but not mass extinction.

“A number of species moved toward the North and South poles but moved back well before the asteroid impact.”

The new study also answers another question which has arisen thanks to the study of the Deccan traps.

The findings puzzled scientists, as they could not find evidence of warming in the aftermath.

Donald Penman, a Yale postdoctoral associate who modelled the study, said the profound changes introduced by the asteroid impact allowed the ocean to absorb the CO2 which would have otherwise been present on the fossil record.