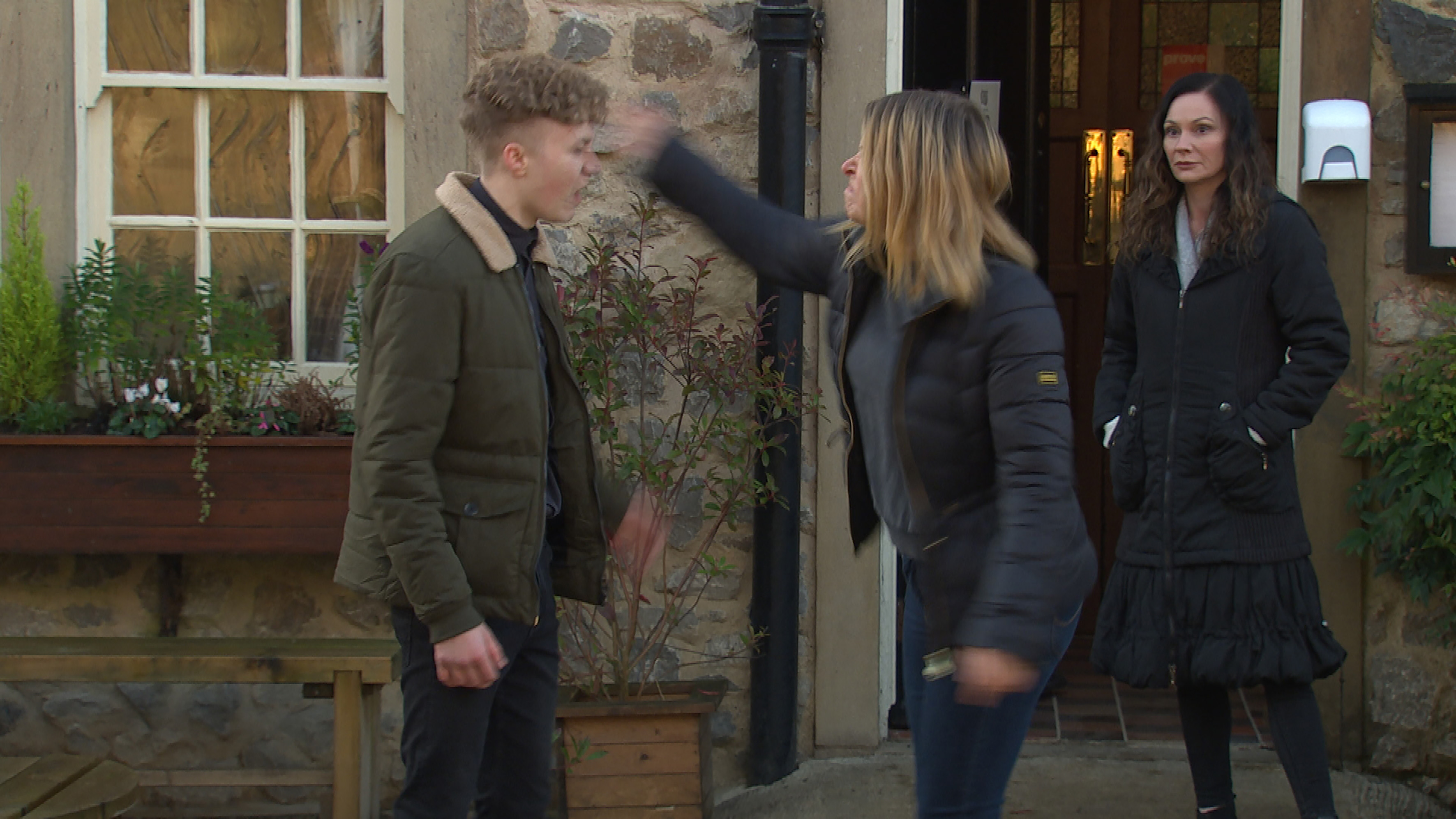 Charity has been desperately trying to make things up to Noah in recent months, promising that she’d do her utmost to support him with his dream to join the army.

However, she was soon left concerned about her son’s wellbeing, after they had a race earlier this week, and Noah was left in agony.

With her comments about his condition weighing on his mind, Noah worried that he might not pass the army medical, and therefore he came up with a solution, as he asked Samson (Sam Hall) to give him a urine sample.

In tonight’s edition of the ITV soap, Samson complies with Noah’s request, but Charity is soon left suspicious.

Therefore, she quizzes Samson, and he ultimately confesses.

Left with little options, Charity takes matters into her own hands and calls the assessment centre.

Noah discovers that his mum has interfered, and he’s raging. Wasting little time, he lays into her, and calls her selfish, before suggesting that his life would’ve been better if she had, in fact, sold him forever.

Charity sees red, and lashes out — slapping her son across the face.

Has she gone too far this time? Only time will tell!

If you’ve got a soap or TV story, video or pictures get in touch by emailing us [email protected]o.co.uk – we’d love to hear from you.