Ben, 45, was on hand to quiz another four Tipping Point players on Wednesday afternoon in the hope one of them would walk away with a grand jackpot prize. After a tense game, it was contestant Sharelle and her opponent Lesley who were left fighting it out to see who would be victorious. However, during their head-to-head round, the ITV presenter made a cheeky remark when it seemed sex was on the brain in relation to a question about cocktails.

The question he asked was: “In the 1998 film ‘The Big Lebowski’, Jeff Bridges’ character ‘The Dude’ famously drinks which vodka-based cocktail?”

It was Lindsey who had the chance to either play if she knew the answer or pass on to Sharelle in the hopes she wouldn’t know either.

With her opponent in the hot seat, Ben asked if the contestant had ever seen the film to which she replied she hadn’t.

“What we need is a vodka-based cocktail,” Ben instructed, with the player talking through their thought process with the host. 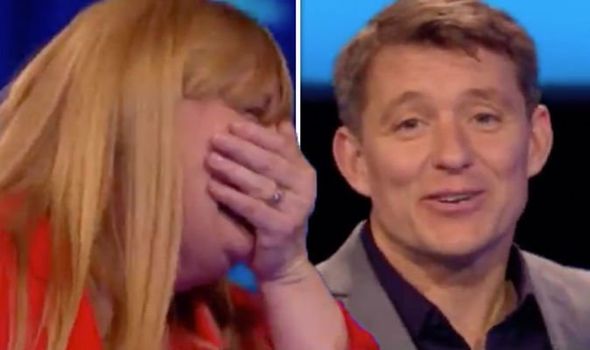 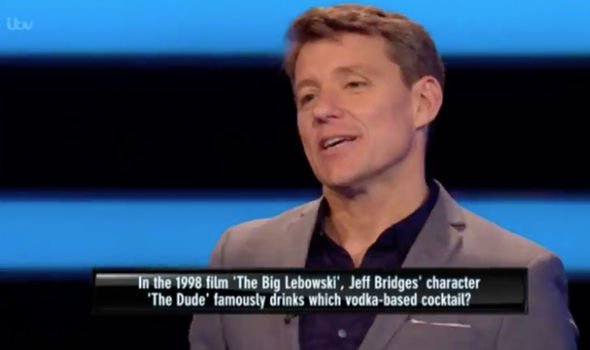 “I’m just thinking is a Mojito vodka-based? But, no, I’m going to go Sex on the Beach,” Sharelle confirmed, which began the x-rated discussion.

Ben then asked Lesley what she was thinking could be the answer to which she replied: “I was thinking Screwdriver but I don’t know if I’ve got that from somewhere else?”

With both answers being rather raunchy, the presenter looked down the camera and said: “Screwdriver or Sex on the Beach? Standard Tipping Point afternoon.”

Lesley put her hand to her mouth as her opponent let out a timid giggle as they both realised what options they’d put forward. 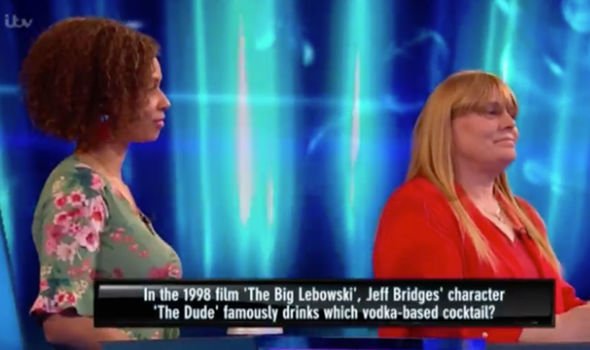 After the x-rated innuendos stopped flying around, Ben then told the contestants the answer was actually a White Russian.

By the end of the head-to-head round, it was Sharelle who came out on top as she managed to accumulate more cash than Lesley.

This meant the former had the chance to play for the grand prize of £10,000 or risk losing everything she had already banked.

After failing to knock the star counter over the tipping point, Ben asked the player if she wanted to have three more tries at trying to win big.

After some deliberation, she chose to walk away with £3,050 rather than risk losing it for the sake of trying to claim £10,000.

The charity worker was thrilled with the prize she had won before the presenter played out the alternative scenario.

Viewers then watched as Sharelle was able to play three more counters but it seems she made the right choice as the star counter didn’t move.

Ben then congratulated the player for her efforts as she was walking away with the money and a family day pass to a theme park.

Taking to social media, those watching at home commented on the contestant’s performance despite her not walking away with the grand prize.

One wrote on Twitter: “Sharelle is unreal #tippingpoint,” with another posting: “She is very good at eliminating the correct answers early on. #tippingpoint.”

The episode was likely to have been filmed before the coronavirus pandemic as the host was still able to interact with the contestants at the end of the show.

However, the presenter has assured viewers there will be some new content in the coming weeks as he was back filming new episodes during the summer.