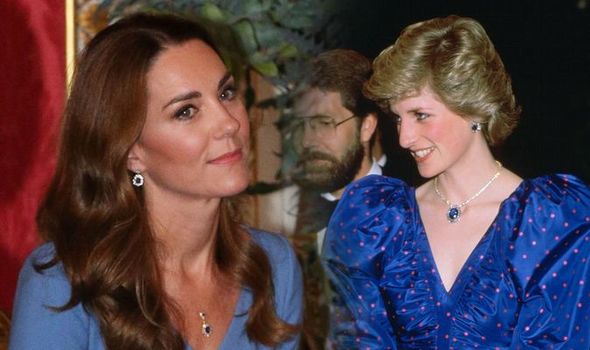 Kate Middleton was wearing a sapphire and diamond necklace. It features a larger pendant hanging from a smaller one on a dainty chain. She wore it with a pair of earrings that have already been linked to Princess Diana.

The earrings were given to Kate a gift by loving Prince William, who has given her a number of jewellery items from Diana’s private collection.

Diana’s jewellery was left to her sons on her death, who are expected to give the gems to their wives.

Royal fans were quick to notice the similarity between the gems of Kate’s necklace and some other very famous royal gems. 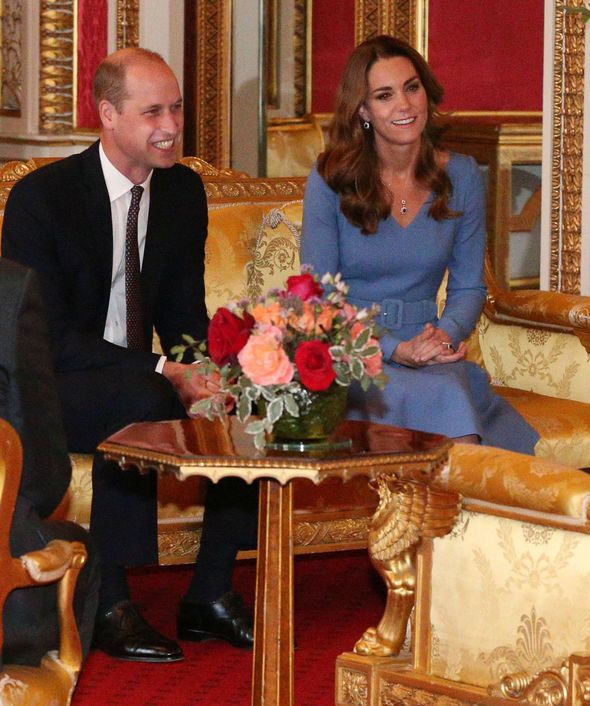 Another said: “Maybe the necklace is coming from Princess Diana’s collection as it is very similar to some of her sapphire pieces.”

After seeing the sapphire necklace today,” one wrote, “I guess the theory of Kate’s sapphire earrings being refashioned seems true.”

Meanwhile another theorised: “It seems that she or William maybe used the bigger part of the earring to make this necklace.”

The jewels they were alluding to are the sapphires in a famous suite given to Princess Diana.

Diana was given the suite by the Crown Prince of Saudi Arabia as wedding gift.

Made by Asprey, the set included a number of gorgeous trinkets, a watch, a bracelet, earrings a necklace and a ring.

She famously used the ring as the centre of a newly designed choker necklace, which she also stylishly wore as a headband.

The idea that Kate has revamped yet more sapphires from the set appears to suggest she may have inherited the whole set. 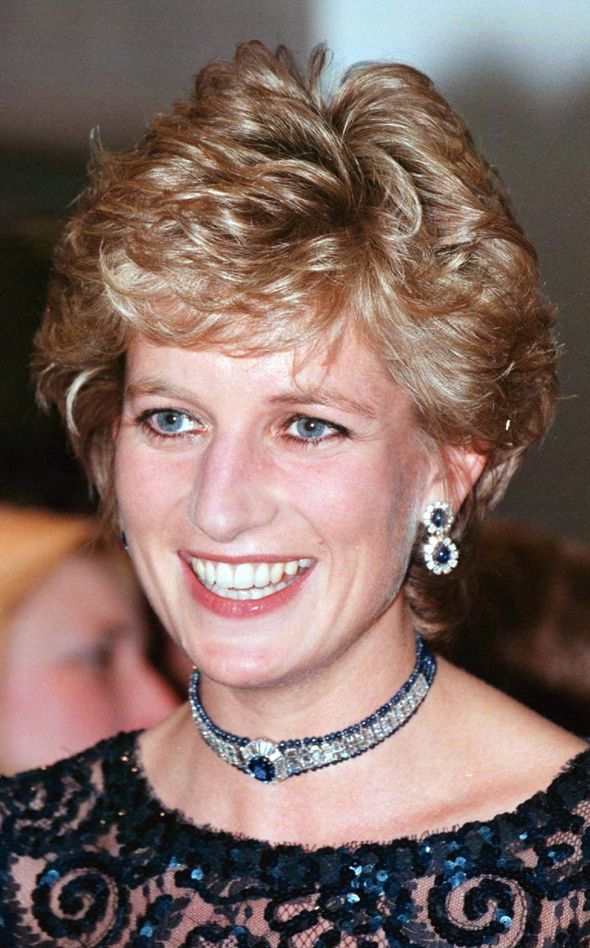 This would be a huge addition to Kate’s personally jewellery collection, as it is one of the most iconic and valuable suite to ever have been given to a member of the Royal Family.

It is yet to be confirmed if these are those sapphires in question, however, it would suggest the Duchess of Cambridge has been the one to inherit this amazing set.

That news might be a blow to Prince Harry and his wife Meghan Markle, the Duchess of Sussex, who may have been hoping to have the set. 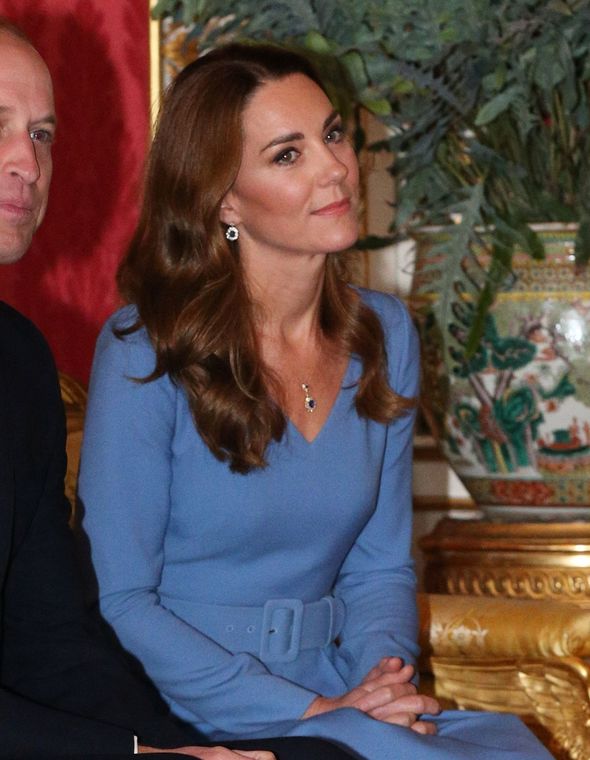 This includes her sapphire engagement ring, which was originally Diana’s ring from Charles signifying their engagement.

She also owns a Cartier French Tank watch which William gave her on their third wedding anniversary.

Meghan Markle has worn a number of pieces from Princess Diana’s collection.

Notable she wore Meghan’s aquamarine ring, worth £100,000, to her wedding reception.