New Below Deck Mediterranean chief stew Katie Flood recently shared what former chief stew Hannah Ferrier messaged to her prior to the season. Ferrier revealed on her podcast that she reached out to Flood and offered her support. “I think it’s like a little bit of a courtesy of someone who did it for so long. I sent her a message once it came out and I said, ‘Hope it goes well, I’m sure you’re gonna rock it. If you need any advice or anything let me know,’” Ferrier shared on her Dear Diary, You’re Effed podcast.

Flood reiterated what Ferrier said about the message she received. “I’ve never met Hannah, and obviously I knew who she was and she had no idea who I was until a month or so ago whenever the [trailer] was released,” she told Decider. 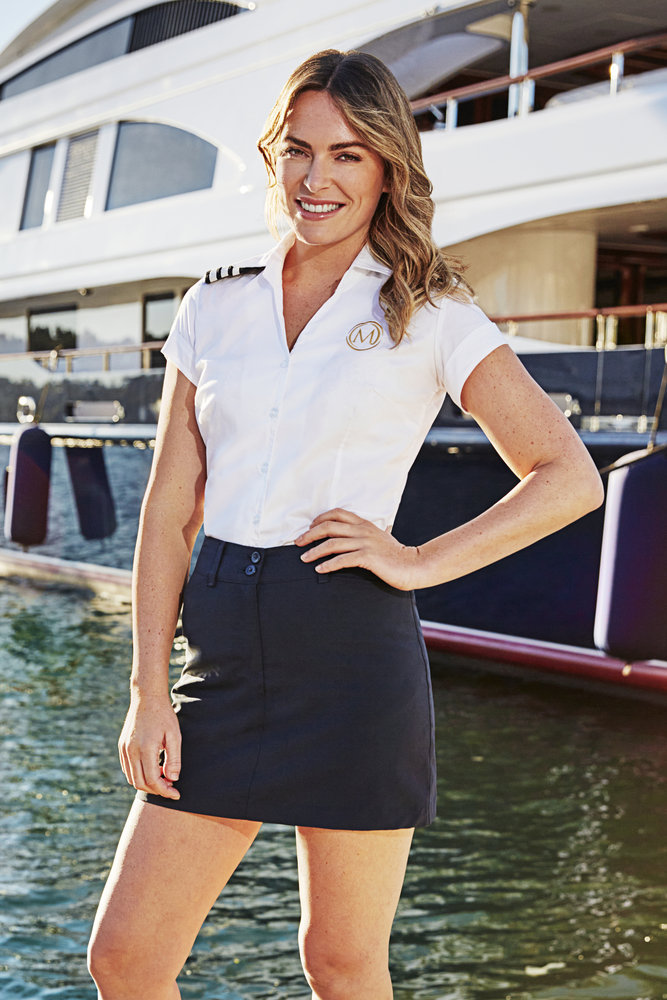 “But she was really kind, she reached out, she sent me a DM and she just said congratulations and that she’s here if I need to talk to her about anything, just dealing with the social media side of things,” Flood continued. “So it was really, really nice of her to do that, nobody has to do that, especially because I know we’re going to get compared a lot. For good and for bad, I’m sure. So it was nice to have that. And, it’s nice to know, for me, that when things do sort of get like a little bit too much, and I’m sure there will be times, just that I can send her a DM and just get some advice on how she dealt with things and stuff like that.”

Flood said the message made her feel good because she wasn’t sure how the viewers would respond to her. “You never know,” she told Bravo Insider. “I don’t know how the world’s gonna respond to me or how I’m gonna be, you know, how they’re gonna see me, what they’re gonna say about me. So right now, I feel good. But, hey, I don’t know. Like, it’s like I said. I am human. I’m sure some things will get to me at some point. But yeah. Maybe in those times I will reach out for sure.”

She added that Ferrier wasn’t the only Below Deck cast member to reach out to her. “It’s really nice, though. I think it’s just a simple thing, especially, you know, someone new like myself dipping into this,” she said. “It’s more, I guess, to just say that they’re there if you have anything to discuss and in terms of the social media and the comments and the trolls and that side of it.”

“Most people that have reached out to me, that’s what they sort of said,” she added. “Like, ‘If you just want to chat about this and how to handle things,’ which is good, because, you know, I’ve never been through something like this before. So it is nice, I guess, to have that support if you really need it, if you’re really getting affected by things or this and that. So it’s [really] good.”

Flood added that she brought a new vibe to the show this season too. “I’m a completely different person,” she remarked. “So I think I’m quite a likable person, you know. I get along with most people I meet. I’m a pretty chill person. It just is different. Maybe it’s something new, it’s refreshing for the show,” Katie teased. “I think everyone’s gonna be surprised. I think it’s gonna be a different season to what people are used to. So I think it’ll be cool.”