Naga Munchetty and Charlie Stayt were thrilled to wish Captain Tom Moore, who has been branded a ‘fundraising hero’, a very Happy 100th Birthday today. In the celebratory episode, the BBC followed as the RAF flew a Hurricane and Spitfire plane over Tom’s house in celebration of the war veteran leaving the viewers in tears.

Captain Tom Moore was thrown into the spotlight after he decided he would walk up and down his garden 100 times before his 100th birthday to raise money for the NHS during the coronavirus pandemic earlier this month.

The UK is in its sixth week of lockdown as the government continues to try and slow the spread of the deadly virus, but Captain Tom Moore has been a tonic in a difficult time.

Today, BBC Breakfast dedicated their show to Captain Tom and all he has done for the country and he celebrated his 100th birthday. 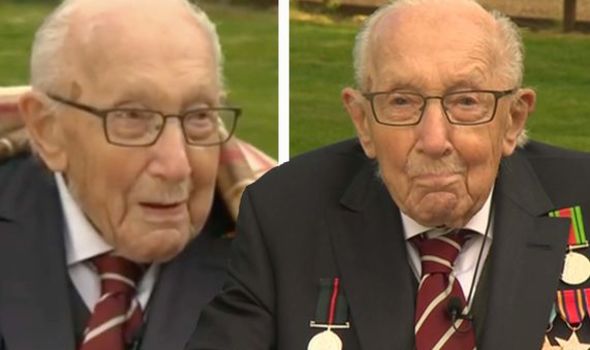 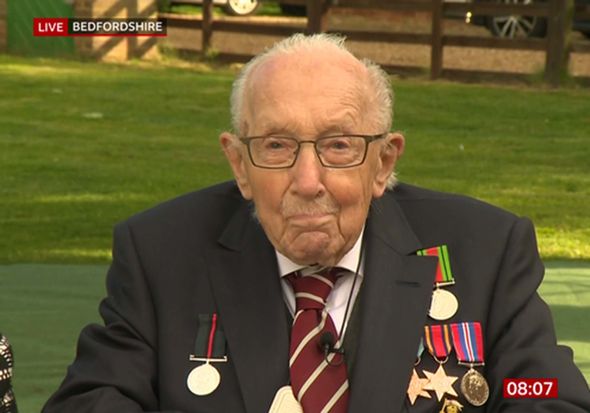 Charlie and Naga started off the show by wishing him a happy birth, but Charlie wanted to know a bit more about his new ranking.

The host asked: “Can I ask you, Captain Tom, can I ask you about your new honour, which is your rank of colonel, what does that mean to you?

Tom explained: “Well I must say I was very moved by that because to be moved to the rank of Colonel in my regiment is something that I would never ever anticipate.

“I really am honoured, that really is something special to be able to say honourable Colonel, and if people must call me Colonel that would be great wouldn’t it?” 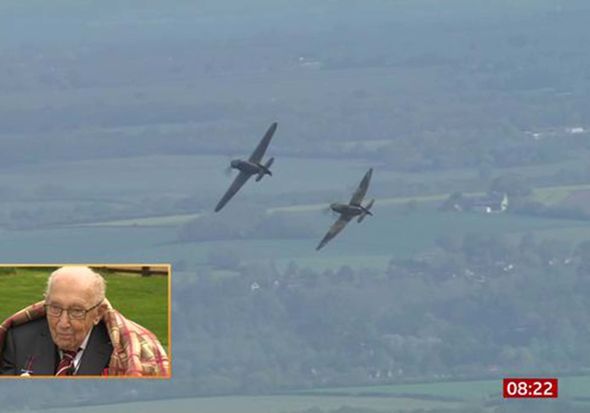 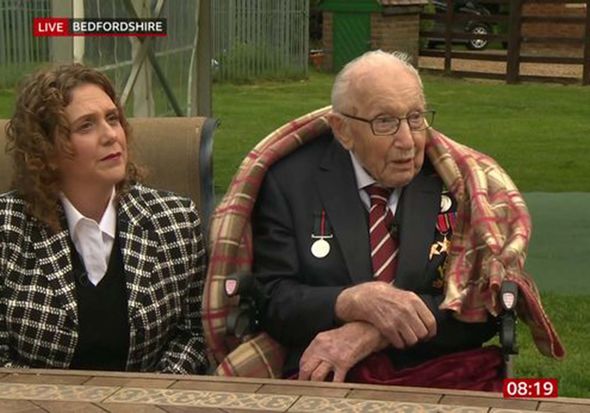 Charlie added: “So just help us, Tom, you would now like to be known as Captain Tom or Colonel Tom?”

Captain Tom added: “Well I am still Captain Tom that’s who I really am but if people chose to call me clonal, well thank you very much.”

Viewers were thrilled today to get to watch as a Spitfire and a Hurricane plane were flown over Tom’s house from RAF Coningsby base.

Fans quickly took to Twitter to discuss just how moved they had been by the tribute for Captain Tom’s Birthday.

One viewer said: “Very Happy #100th birthday @captaintommoore, what a hero, and an inspiration to us all in these difficult times. #Congratulations.”

Another added: “I have cried so much for not even 9:00 on a Thursday morning!

Had to wipe away a tear…”

A third added: “Watching @BBCBreakfast and getting emotional about #CaptainTom. What a hero raising £30m for NHS Charities.”

“In tears watching this…. what a hero!” added a fourth.

“Lately I’ve been called a hero because I’m working on the frontline. My hero today is #CaptainTomMoore. What a brilliant story by the #BBCBreakfast. Happy 100th birthday Sir. #NHSheroes” said a fifth.

And another said: “Been crying for the past half an hour at @BBCBreakfast. Can’t cope with how cute Captain Tom is.”

After the flyby, Captain Tom told Charlie and Naga: “I am one of the few people here who have seen the Hurricane’s and the Spitfire’s flying fast in anger, but today they are all flying peacefully, which is outstanding

“But, I remember when they were flying not with peace. It really is still very exciting to see them today, it was fantastic and thank you very much.

“The RAF is still doing a fantastic job at this moment.

“Thank you all very much it really is difficult to say but to have so many people like you, such kind people to make this effort to stand in the cold it’s very kind of your all.”

BBC Breakfast continues on BBC One at 6am.