It came as Jon Kay and Tina Daheley were asking BBC Breakfast viewers to send in their best jokes and puns before they talked to the comedian behind this year’s “best joke” at Edinburgh Fringe Festival. As they shared some of the jokes from fans, Tina sneakily took out her phone to have a look at what had been sent in, to which Jon asked: “On your phone?”

“We will be chatting to the comedian who officially told the funniest joke of this year’s Edinburgh Fringe Festival,” Tina, who is standing in for Sally Nugent, explained.

“We’re not going to reveal it now, we’ll let him tell you that joke a little bit later,” Jon added.

He continued: “But in the meantime, we want to hear your jokes, your best gags, your one-liners, your puns!

“Let us know this morning, email us at [email protected] or message us on Twitter this morning as well. 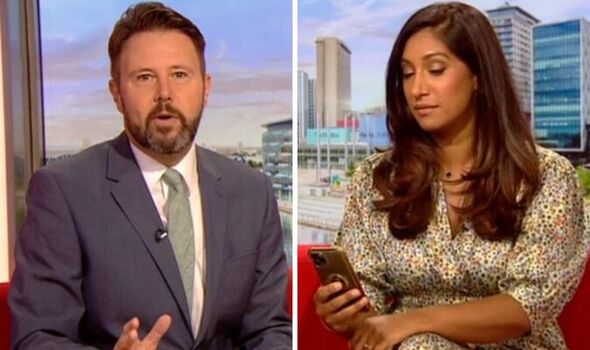 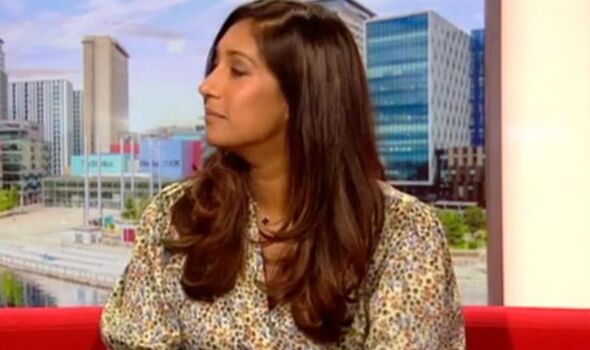 “Use the BBC Breakfasts hashtag, just make us all laugh.”

“I have one – it’s not mine,” Tina commented, reading from her phone.

Addressing the use of her mobile live on air, Jon pointed out: “On your phone?” 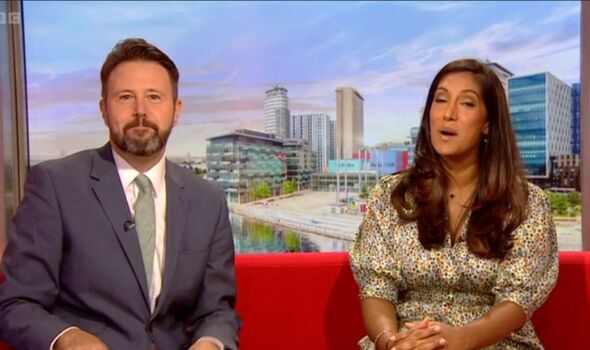 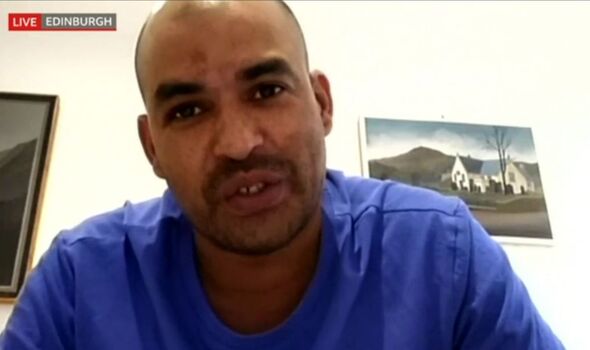 She lowered her phone but it remained in view of the camera.

Sharing the joke, she read: “‘My dad has suggested that I register for a donor card, he’s a man after my own heart.'”

Jon replied: “This was a runner-up in the top 10 this year, number 10 – Will Duncan said, ‘I can’t be bothered to be apathetic these days.’

“That’s the kind of thing we’re after, we want puns, we want jokes.”

“Good or bad!” Tina added, while Jon went on: “We’ll let the professionals do it with proper timing a little bit later on Breakfast this morning!”

Masai Graham was later on the show to share his much-enjoyed joke.

After Tina and Jon introduced him, he unveiled his winning gag.

“I tried to steal spaghetti from the shop, but the female guard saw me and I couldn’t get pasta,” he said.

BBC Breakfast airs daily from 6am on BBC One.