This Morning: Dermot O'Leary clashes with guest on vaccines

Earlier this month, Beverley Turner appeared on This Morning alongside Matthew Wright where they discussed the latest news headlines with ITV hosts Dermot O’Leary and Alison Hammond. However, Beverley came under fire from viewers after she suggested young people should reject the vaccine and NHS staff shouldn’t be forced into having one. It was claimed that following her controversial appearance, ITV had banned her from appearing on the morning chat show. However, on Wednesday [June 16], Beverley was back with Nick Ferrari chatting to Phillip Schofield and Holly Willoughby about the latest headlines.

It was also later confirmed This Morning sparked 122 complaints to TV watchdog Ofcom for the episode which aired on June 1.

Beverley received 53 complaints about her views about the vaccine while an additional 27 were made in response to Dermot and Matthew’s remarks during the debate.

Another 13 complaints were made about Alison’s comments regarding death.

The 47-year-old got into a heated argument with host Dermot over whether young people should have the Covid vaccine or not. 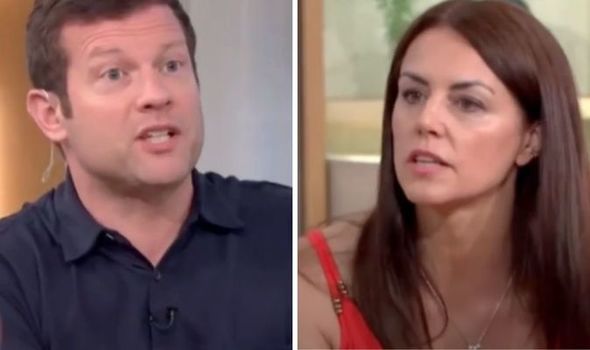 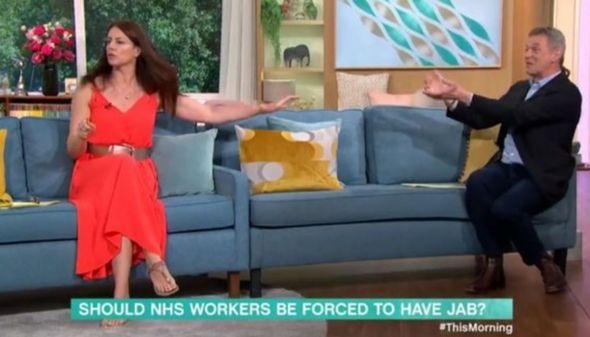 “This jab is not a vaccine by any traditional definition,” Beverley began.

“It does not stop you catching SARS Covid-2. It doesn’t stop you transmitting it.

“There is a little bit of evidence to suggest that might minimise transmission but that’s because it ameliorates your symptoms.

“And if it ameliorates your symptoms then you are less likely to pass it on.” 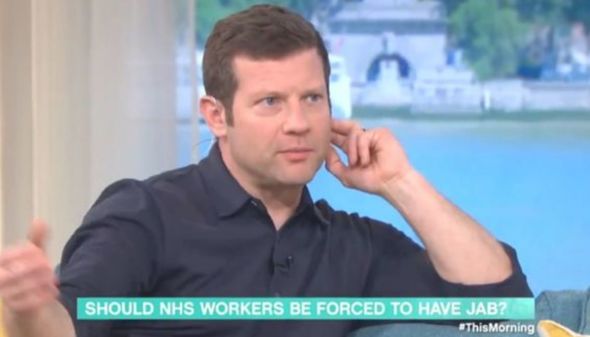 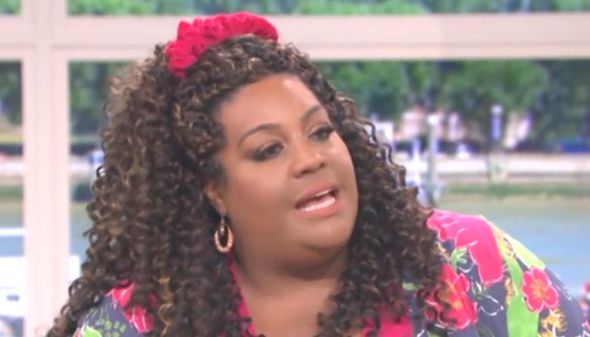 Weighing into the discussion, Dermot hit back: “Could you argue that it’s no different to getting vaccinated against hepatitis for example.”

“Why are you being so difficult about this, Bev?” Dermot quizzed. “In the sense of the finest minds of science in an extraordinarily short amount of time have come up with this vaccine.

“It’s proven that it’s working statistically, why are you so cynical about it?”

Beverley went on to argue there is “no long-term data” about the vaccine, to which Dermot said: “But, we’ve had no chance for long-term data because we have this virus killing people around the whole world.”

As Beverley tried to interrupt, Dermot added: “We don’t have that luxury, surely? Why are you so sceptical about the whole thing.”

“Because of the facts,” Beverley argued back. “99.8 percent survival rate from Covid-19, the average age of death is 82.”

“What are we supposed to do? Not care about those people?” Dermot interrupted.

“We should always have looked after those people,” Beverley explained as Dermot told her: “We’re not in that situation though.”

“Why would you want to put a 22-year-old who has her life ahead of her as part of a clinical trial when we don’t know the long-term implications,” Beverley questioned.

Alison stepped in to calm down the debate as she pointed out that everyone has the freedom of choice to do what they want.