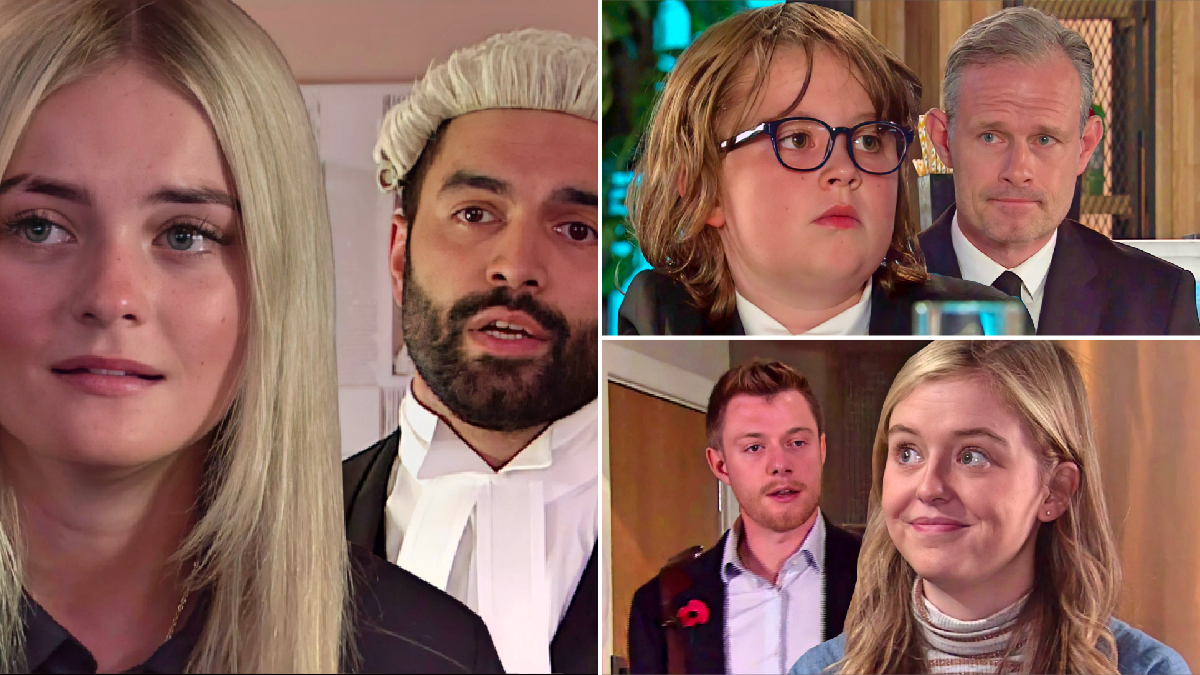 Surprises twists and huge developments make for an interesting week in Coronation Street for some, while others experience heartbreak in the form of a funeral of a loved one.

Imran Habeeb (Charlie de Melo) and Toyah Battersby (Georgia Taylor), however, are informed that they might have to choose between Kelly and Elsie, so Kelly makes the decision for them, telling them she’ll live elsewhere, but upon returning to her new accommodation, she finds the word ‘murderer’ sprayed on the wall.

Desperate to make amends, Kelly approaches Nina Lucas (Mollie Gallagher), but Nina informs her she’ll never forgive her for what she did. Roy Cropper (David Neilson), however, suggests that she cut her some slack, as Kelly appears to be genuinely sorry.

Elsewhere, the day of Natasha Blakeman’s (Rachel Leskovac) funeral arrives, and as the hearse pulls up in the street, Sam (Jude Riordan) squeezes Nick’s hand. Afterwards, the family gather in the bistro, and Sam hands Nick a eulogy he’s written, which Nick agrees to read out. But he struggles to contain his emotions.

Summer Spellman (Harriet Bibby) offers to babysit Bertie, and later tells Daniel Osborne (Rob Mallard) how much she enjoyed doing so. Daniel is pleased and they make a start on her interview prep, but as she comes out of Daniel’s flat, she paints on a smile for Aadi Alahan (Adam Hussain), while wistfully glancing back.

It’s all kicking off on the cobbles next week, and if you’d like a little taster of what’s to come, then check out our first-look gallery below.