Fans of Yellowstone‘s prequel, 1883, aren’t just heavily invested in the Dutton family. The immigrants moving across the Great Plains with Margaret, Elsa, and James Dutton all have their own stories, and show creator Taylor Sheridan is sharing their experiences on the show. Amanda Jaros plays Alina, an immigrant in search of a better life. And Jaros talked about how Sheridan asked her to remain authentic to her character by not shaving for filming.

Alina and Elsa develop an interesting relationship in 1883. “Alina is one of the Eastern European immigrants that helps Elsa transition into becoming more like a cowboy,” actor Amanda Jaros tells Express.co.uk. “She might very well be the wittiest immigrant on the wagon train and there are definitely some more surprises in store for her as everyone’s journey unfolds.”

So, who are the immigrants in 1883? Alina is just one of many who are searching for a more prosperous future out West. HITC explains a man named Josef leads them from the beginning, and they’re all of European descent. Many of them don’t speak English well, if at all, making communication with the Dutton family difficult. But Alina and Elsa maintain an interesting dynamic through the journey.

As for Jaros, she told the New York Post she always wanted to play “wildly different characters,” and she loves working with creator Taylor Sheridan. “I never felt like the ingenue,” she noted. “I always felt like a character actor — and it’s been really fun to have somewhat succeeded in that.”

Part of becoming 1883‘s Alina required Amanda Jaros to look the part. “But I told the hair and makeup department, ‘Go ahead and make me look hideous!’” Jaros told the New York Post. “Trust me, Alina was not concerned with how she looks.”

“It’s because of close-ups,” Jaros explained. “Sure, it became uncomfortable. It was fine for Alina — but I wanted to wear tank tops on my days off.”

She noted she felt “self-conscious” when she wasn’t in character, but she had to get used to the change. “Eventually, I just had to embrace it,” she added. “The night I wrapped, the very first thing I did was hop in the shower and shave!”

In another interview with Express.co.uk, Jaros also talked about the physical discomfort she felt from not shaving. “And truth be told, it’s been physically uncomfortable to grow out my armpit hair and leg for five months,” she noted. “I’m just not used to my hair being this long! But it’s all part of the process.” 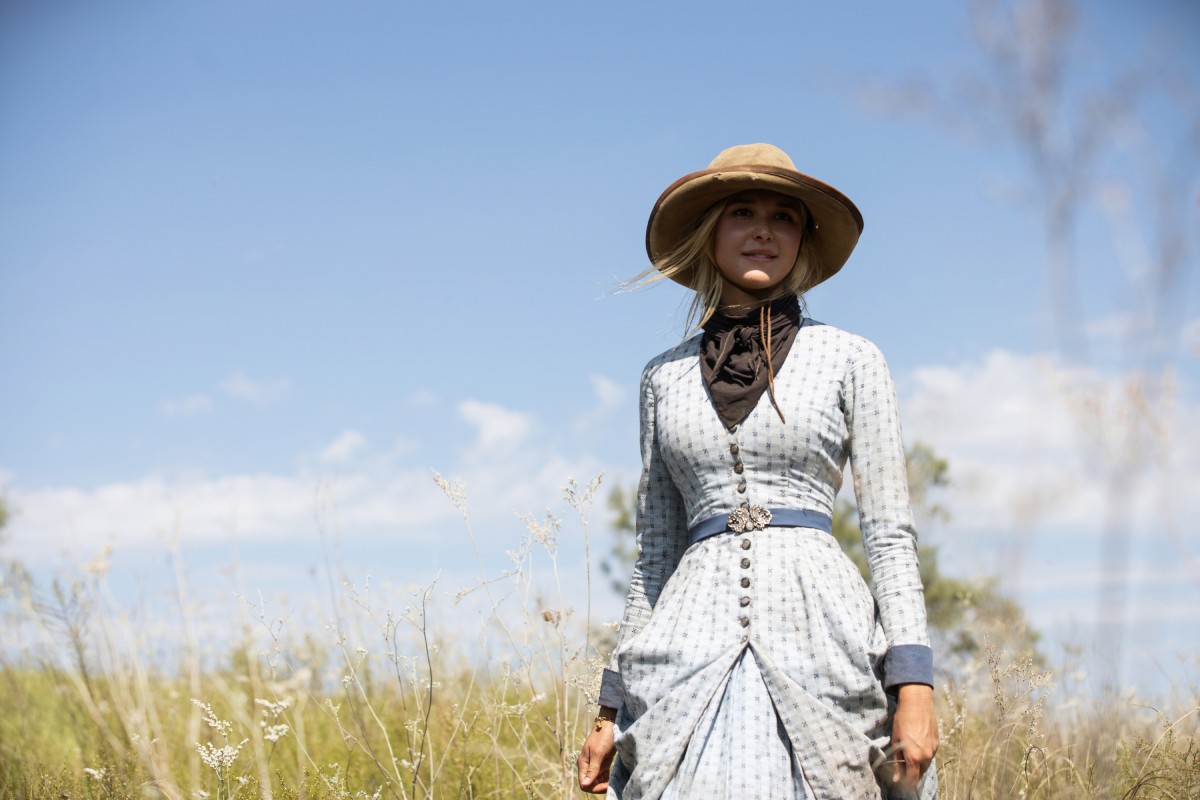 Aside from Amanda Jaros, Elsa Dutton actor Isabel May also talked about not shaving for 1883.

“Yeah, it’s true. It’s absolutely true,” May said regarding shaving, according to Outsider. “I actually didn’t have a problem with it. It just meant I had less to deal with.”

“I don’t think the smell was all that pleasant for most people that were close to me,” May added. “So, I apologize to those that had to deal with that. But I was fine with it.”

Once filming for the first season of 1883 wrapped, May notes she finally did shave, though. “I did get to finally shave last week when we wrapped,” she noted, adding that it “honestly” made her sad to do so. “I said goodbye to it and everything. it was an experience.”