Even better news is that 2018 is an especially good year to see the elusive lights as Iceland has been put on “high alert” for them. 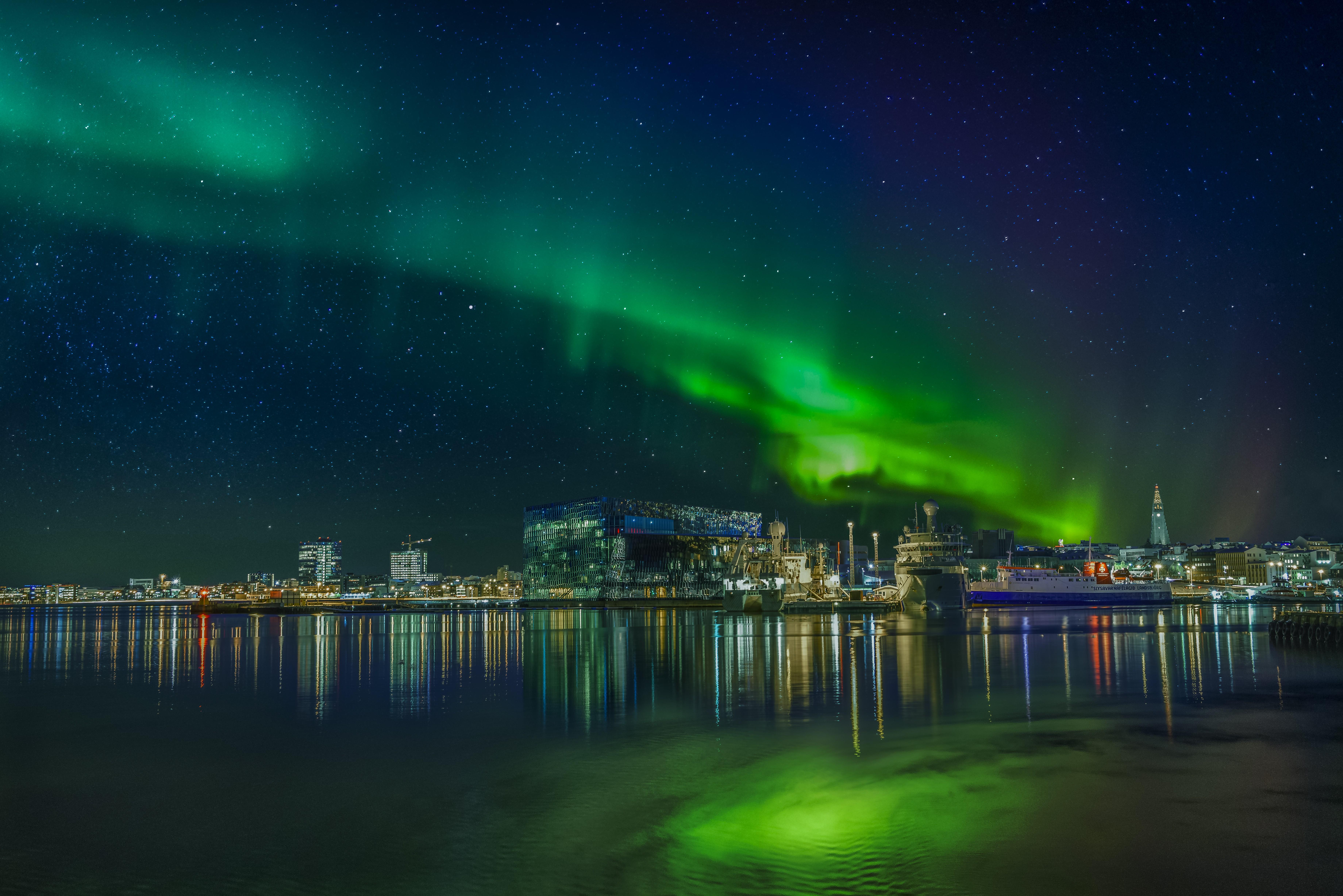 Glimpsing the elusive Aurora Borealis is something that many of us daydream of – but it doesn’t have to be just a dream.

There are budget-friendly ways to see the Northern Lights, so check out our roundup of how to do it without breaking the bank.

What are the Northern Lights?

The Northern Lights are the result of electrically charged particles from the sun, smashing into gaseous particles in our planet's atmosphere. This causes bright, colourful dancing lights in white, green, pink and purple that illuminate the sky and are considered an incredible sight to behold.

The most common colour for the aurora is green, which is created when oxygen molecules about 60 miles above the ground react with the particles, whereas nitrogen causes a blue or purple hue.

The lights are best witnessed around the magnetic poles of the northern and southern hemispheres and they are called the “Aurora Australis” or “southern lights” in the south.

Where can I see the Northern Lights? 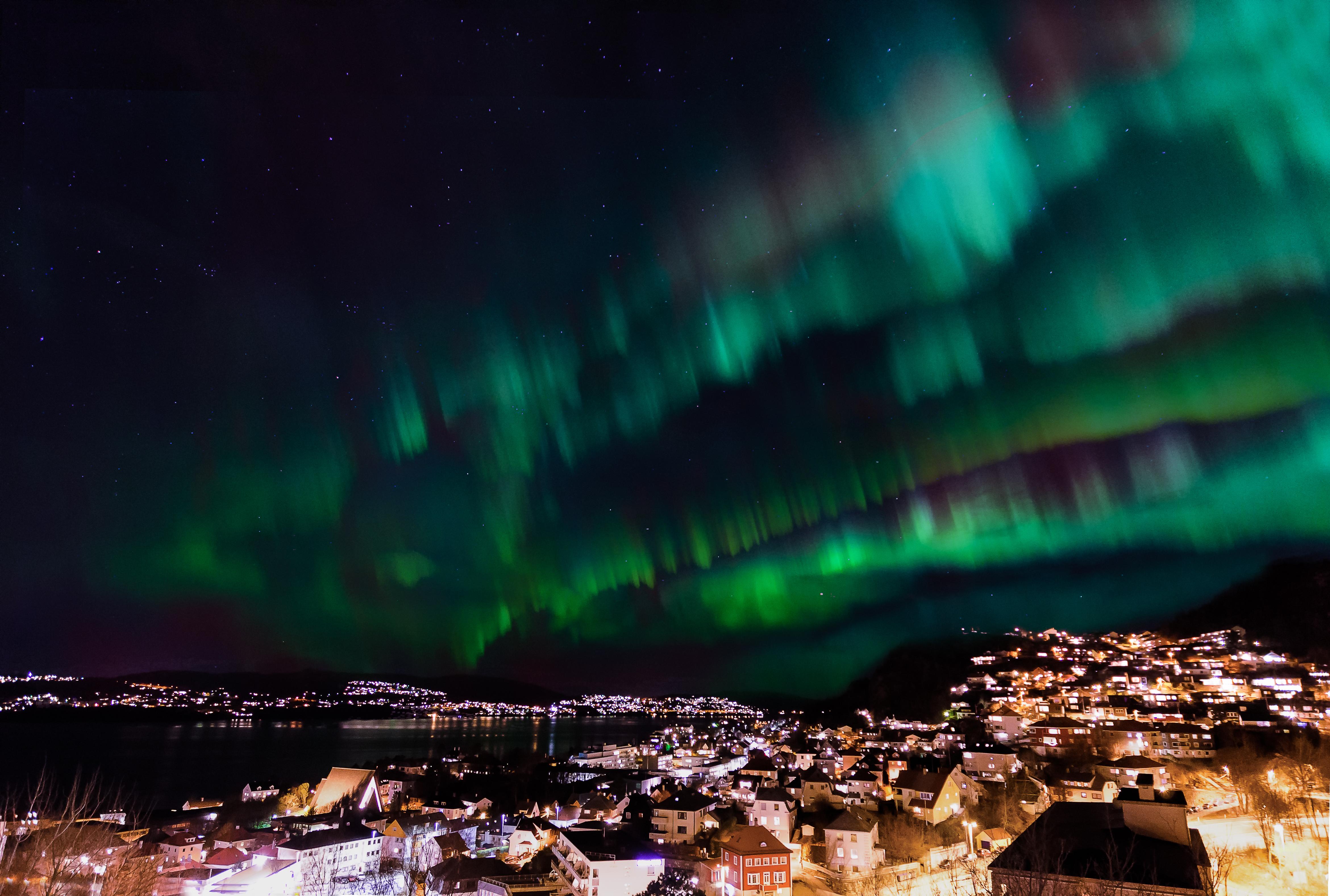 Iceland is one of the best places to witness the Northern Lights and the best season is from September to mid-April, when the months are full of dark nights.

Finland, Norway, Sweden, Alaska and Canada are also places to head to see the phenomenon, though staying in Europe will be much more affordable.

They are also occasionally seen in Scotland, Northern Ireland and the North of England, but this is very rare.

What are the chances of seeing the Northern Lights?

This is completely random and isn’t something that can be predicted, which can be frustrating.

However that means that if you do glimpse the Aurora Borealis it will be even more breath-taking.

Seeing them depends on factors such as the sun’s activity, cloud coverage and solar winds.

A tour guide will be able to advise you on the chances of seeing them, and will take you out at the best possible time of night.

Iceland is on “high alert” for the Northern Lights right now 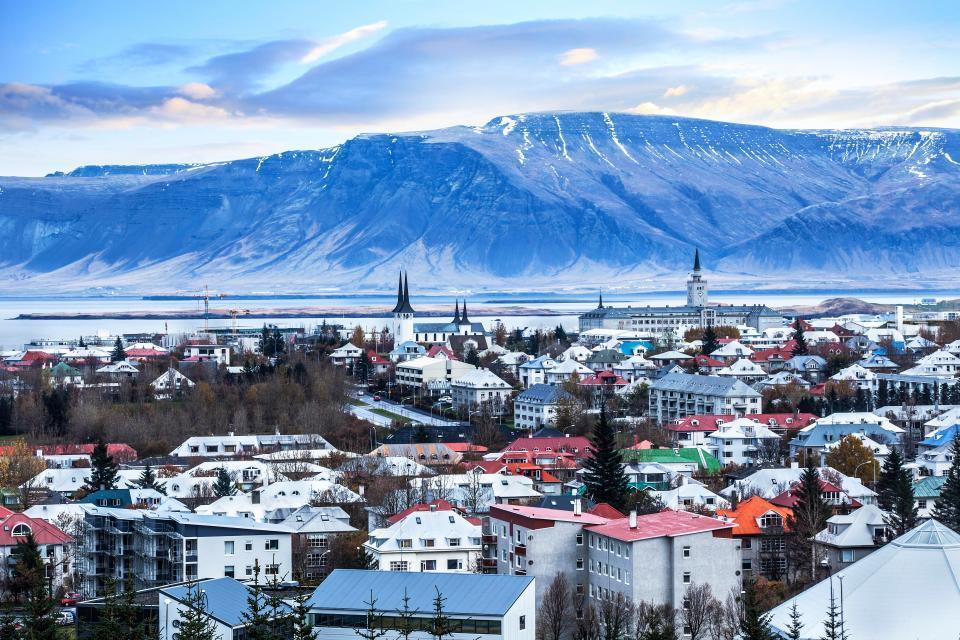 The island nation is a good place to head during November and may have a higher chance of seeing the spectacle than usual due to a series of solar events earlier this month.

Discover the World has predicted that there’s a “high chance” of seeing the lights between November 2-7 especially.

This is because a large coronal hole in the sun opened up in early October, sending solar winds towards the earth, which caused amazing displays at the start of October.

This should occur 27 days later again due to the sun’s solar cycle – so it might be worth heading to Iceland then.

Voucher websites such as Wowcher, Groupon, Living Social and GoGroopie are some of the best places to find a cheap deal to the see the Northern Lights.

Most of these cheap deals are to Iceland, rather than Sweden, Norway or Finland, but it's worth checking as new offers are always popping up.

Two nights in Reykjavik with flights and hotel from £129pp

GoGroopie has a deal on two nights in the Icelandic capital with flights from £129pp. Click here to book.

You'll stay at either the Arctic Hotel or the Brim Hotel on a room-only basis.

There are options to do a Northern Lights tour for an extra £45pp.

Or there's a tour of Iceland's Golden Circle for £48pp, or whale watching for £64pp.

Two nights in Reykjavik with flights, hotel and Northern Lights tour from £159pp 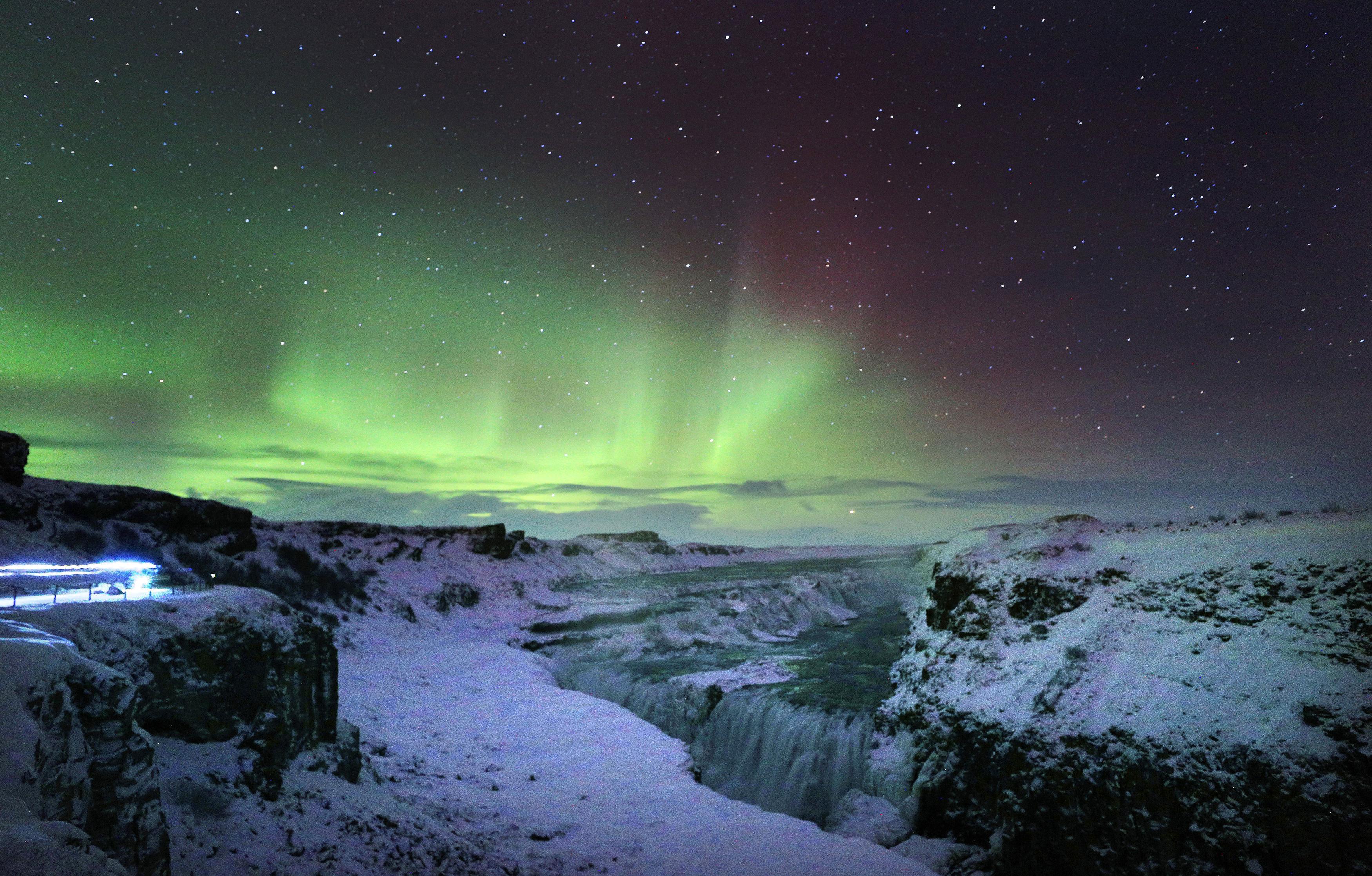 Wowcher currently has a deal on a two night holiday to Iceland, including a Northern Lights tour from £159pp.

Guests will stay at Hotel Vik Arctic Comfort or the Hotel Cabin before heading out into the wilderness with a tour guide to try and see the lights. Click here to book. 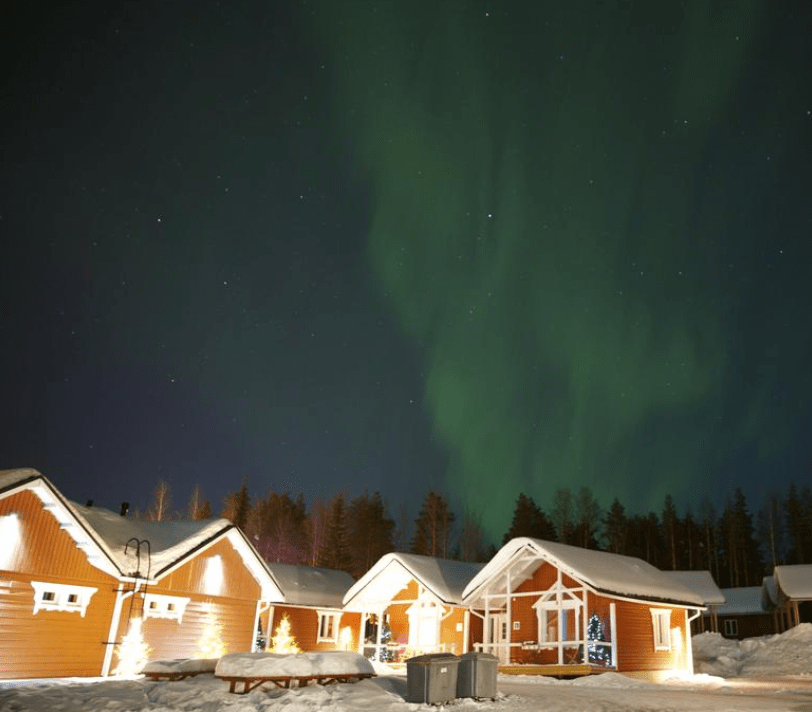 Tui offers package holidays to Lapland in Finland, where there's a decent chance of seeing the lights.

The tour operator has a deal on a three night holiday to Yllas in Lapland, staying at Lapland Hotel Saaga in a twin room with bed and breakfast and return flights from Gatwick for £571pp. Click here to book.

Snow clothes are included, which you'll collect on arrival, before the family heads off to go tobogganing.

There's a go on a snowmobile, a story round the fire with Santa's elves, as well as a meetup with Santa.

Other family fun to be had includes cookie decorating, and Christmas tree ornament making.

If you're lucky then you might just get to see the Northern Lights while you're there. 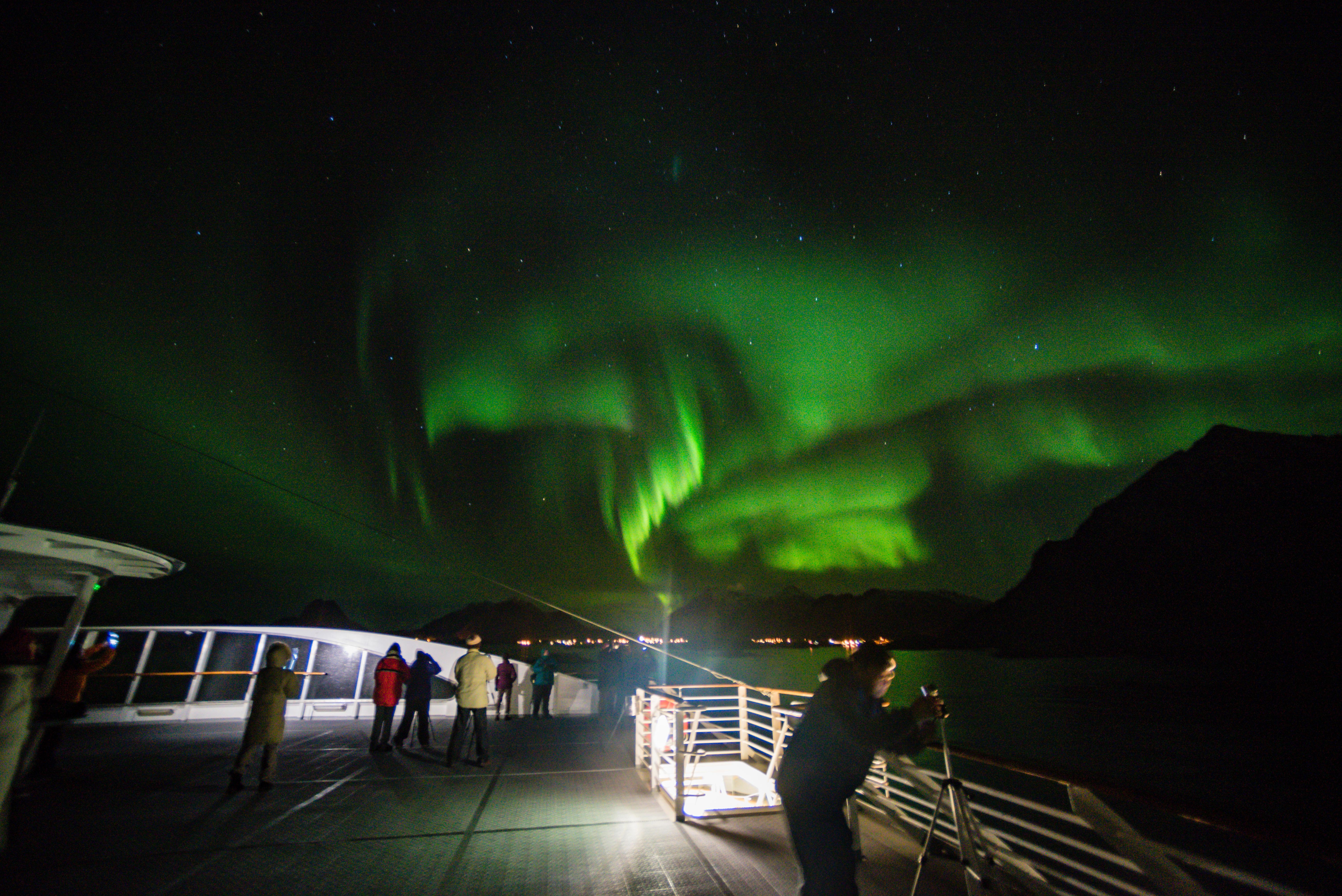 Combining a cruise with the Northern Lights could be a dream holiday for those who love spending time at sea.

P&O has a Norway and the Northern Lights cruise starting from £999pp for 12 nights from February 10, 2019, based on two people sharing a cabin. Click here to book.

You'll visit the towns of Tromso, Andalsnes, Alta and Stavanger.

Once on the cruise there will be expeditions to see the Aurora, as well as mobile safaris, dog sledding and visits to restaurants in the local area. 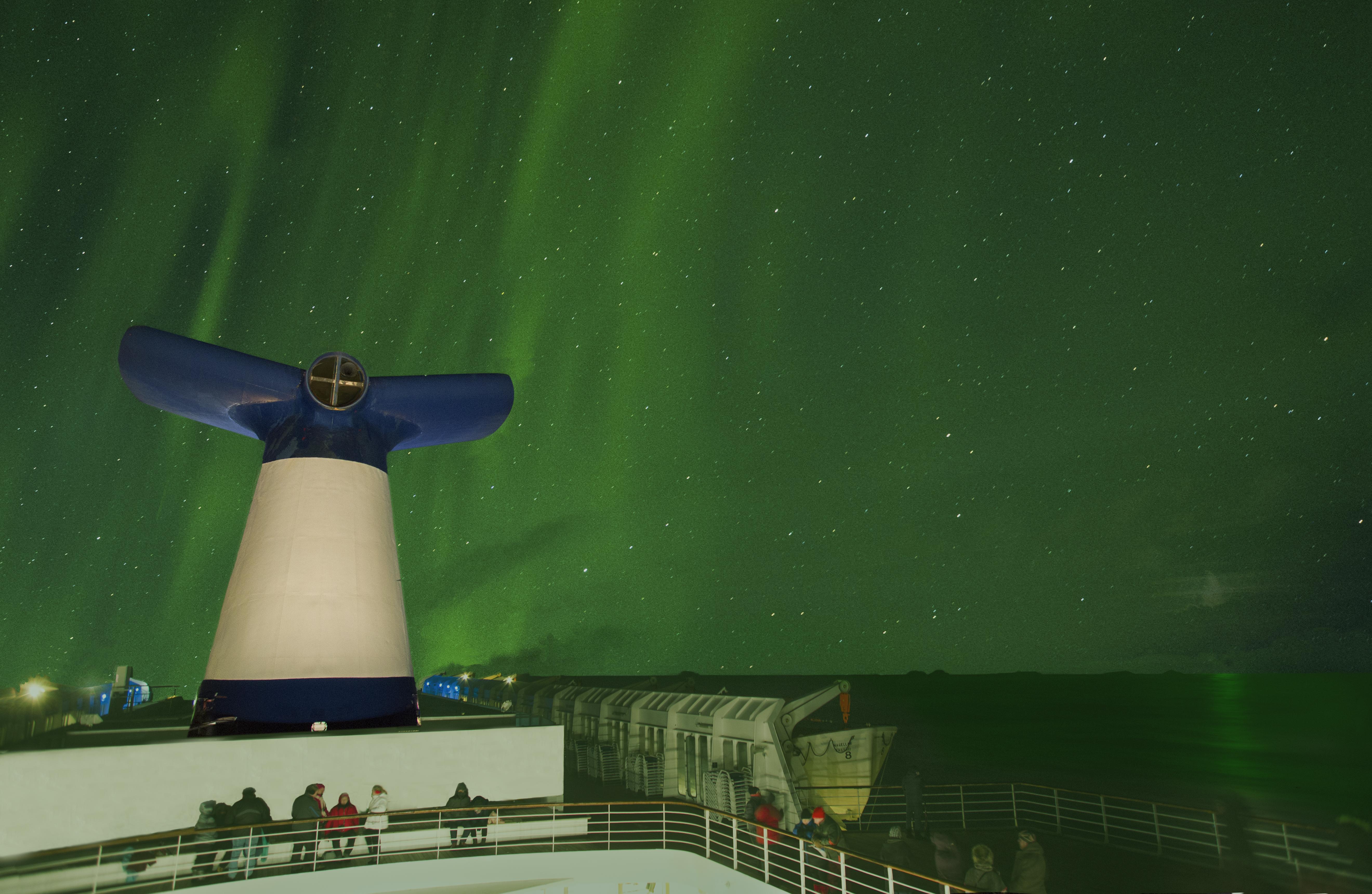 Cruise company Hurtigruten offers a cruise where you can get another one for free next time if you don't see the famous lights.

The 12-night cruises start from £986pp based on two people sharing a cabin and have several different departure dates.

Cruises are around Norway, from Bergen to Kirkenes and back to Bergen. Click here to book.

Sun Online Travel previously revealed a guide to the best cheap Christmas market destinations out there.

There's also the best romantic winter holiday deals for 2018/2019 that are perfect for couples.

Cruise fans will also want to check out the best winter cruise deals for Christmas 2018, from the Canary Islands to the Caribbean.