A SCOTTISH mum has revealed the meagre vegan breakfast she was served while on holiday at Center Parcs this week.

Jennifer Carr, 37, from Stirling in Scotland, was on holiday with her family at the Sherwood Forest holiday park, when she was served up the £9.99 dish during a visit to the Sports Cafe. 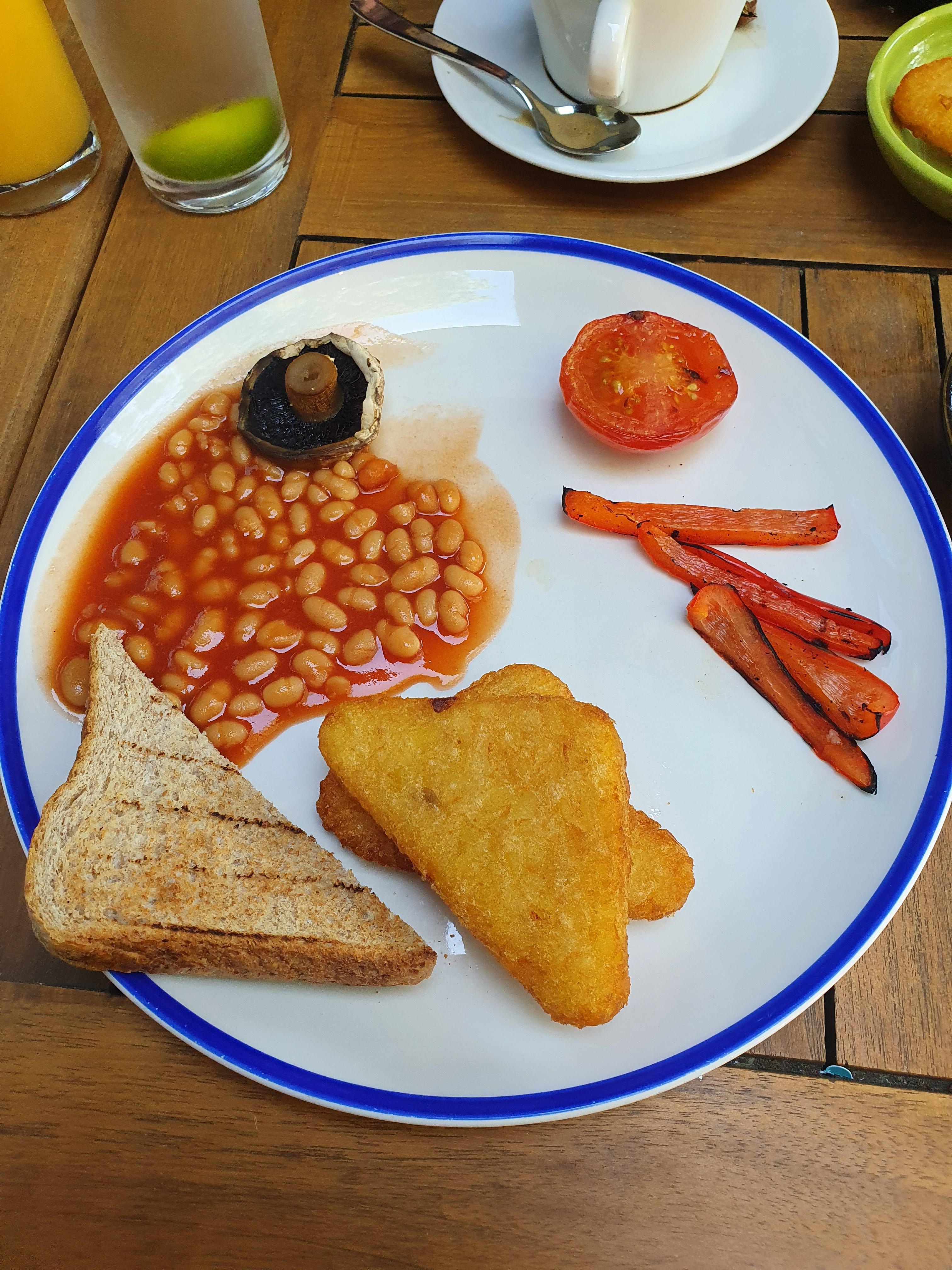 The “shocking” offering featured half a piece of brown toast, half a cooked tomato, one mushroom, a small helping of baked beans, two hashbrowns and four thin slices of red pepper.

Due to the risk of spreading coronavirus, Center Parcs are allowing customers to order their meals via an app, and there was both a meat cooked breakfast and a vegetarian version that came with an egg and a veggie sausage.

Jennifer and her husband, who is also vegan, were given the option to make the meal vegan, but when the dish arrived it appeared that had simply involved removing the sausage and the egg.

She told Sun Online Travel:  “I was really quite shocked. It was pretty small, so we had to order extra mushrooms, beans and tomatoes on top.

“When we ordered on the app, it gave us the option of making the vegetarian breakfast vegan so we chose that, but that just meant they removed the egg and the vegetarian sausage and substituted them with four small slices of pepper – not even an extra mushroom.

“I looked at it and thought, I’ve paid ten pounds for this. And we were starving afterwards.” 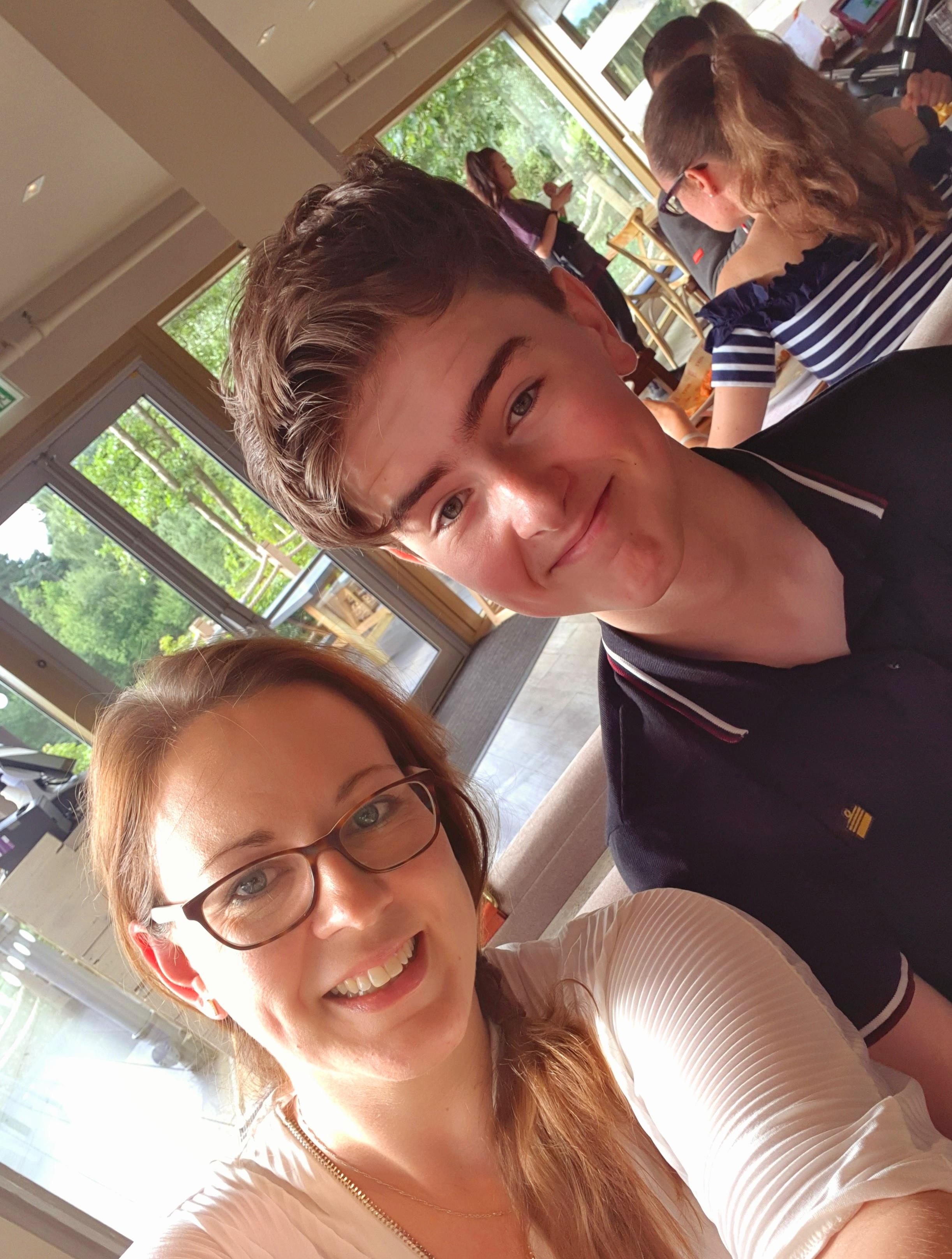 Meanwhile her son, who ordered the normal full English was given a much larger plate of food for the same price of £9.99.

She said: “My son had sausage, bacon, egg, baked beans, hash browns, tomato, mushroom and two pieces of toast for some reason, while we only got one piece.

“It wouldn’t be hard to improve it given the range of items you can buy in the supermarket these days.

“We love the Richmond vegan sausages, so they could have added those or even just some extra mushroom and extra tomato would have been nice – even a bit more pepper.” 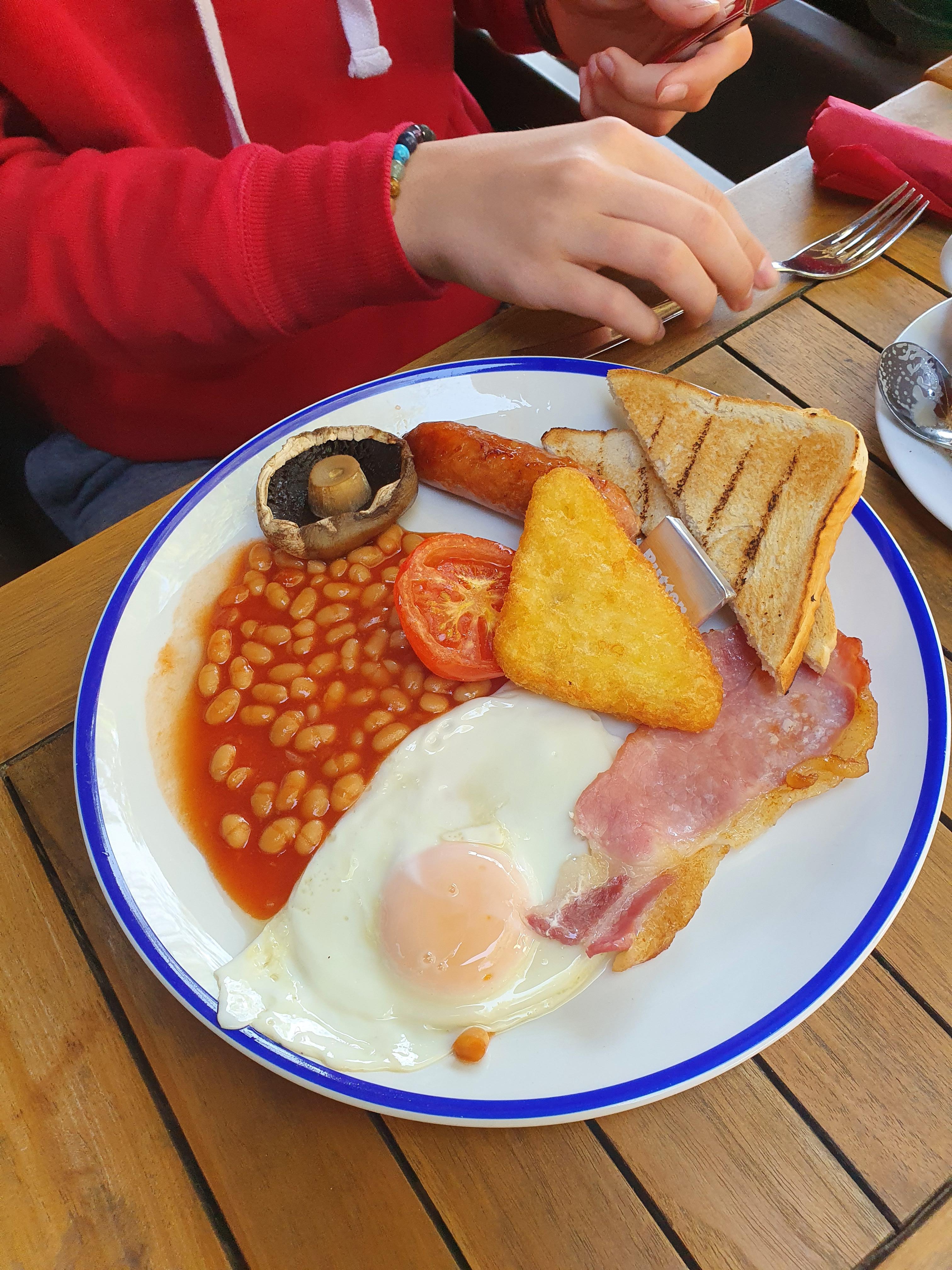 Jennifer and her husband also had a disappointing meal at the Pancake House in the holiday park.

She said: It just vegetables cooked inside the crepe, and it tasted raw – they obviously didn’t know how to make a proper vegan substitute for pancakes.

“They are making a token effort which we really appreciate, but if they really looked at what they were offering, they would know that is not a pancake.”

Despite their disappointing meals, Jennifer said that the family had a great time and that the staff went the extra mile to make guests feel safe during the pandemic. 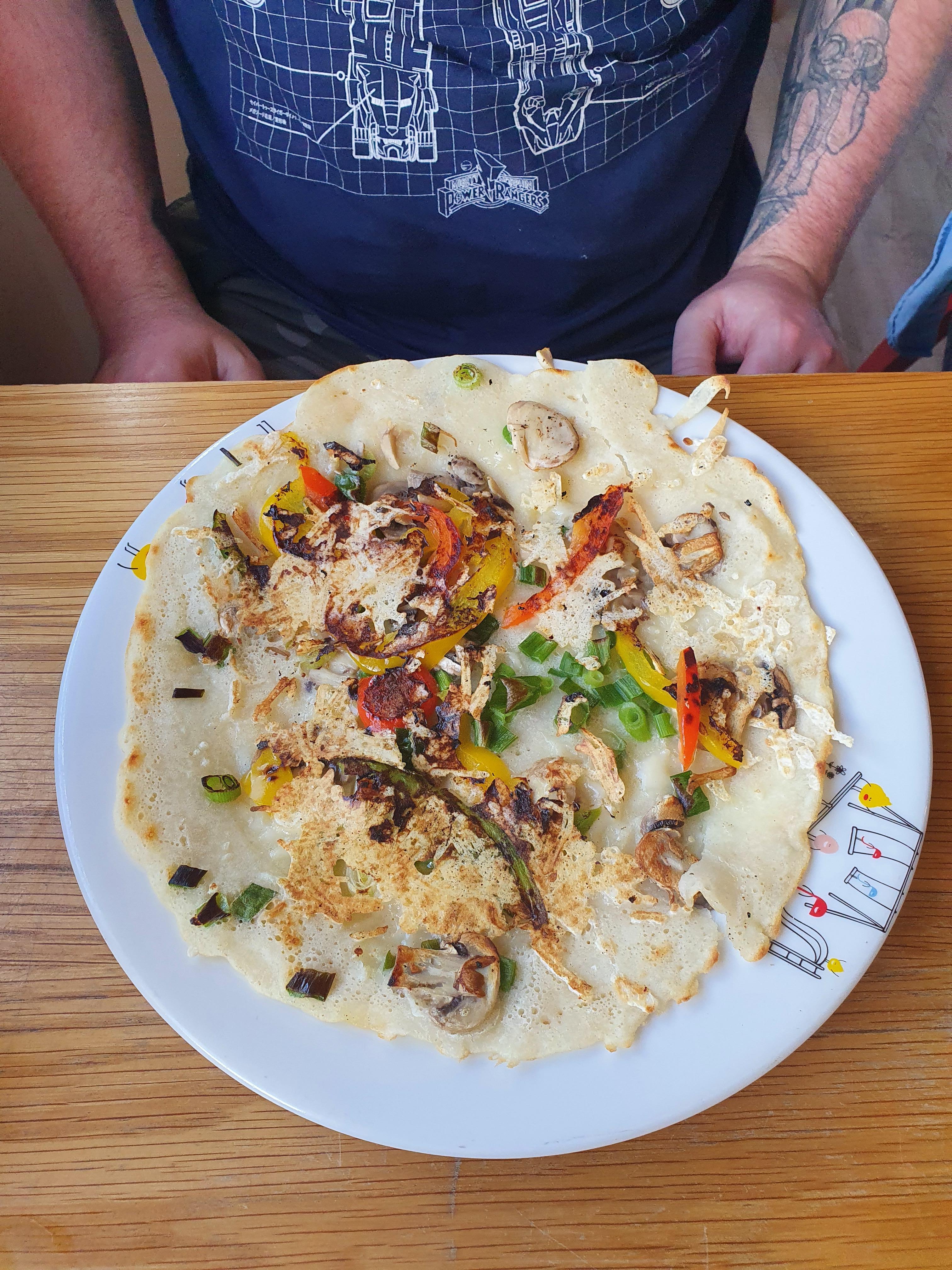 She said: “The trip was lovely. Center Parcs was great, the staff were lovely and everything was clean – we felt very comfortable. It was just the food that was an issue.

“The reason I want to share it with people is just so that they are warned – if they order the vegan breakfast this is what they’ll get, so maybe order extra.

“This is more about awareness from the restaurant really. If you don't have anything extra to add to the dish that’s fine, but just lower the cost of the meal.”

Center Parcs told Sun Online Travel: "This is clearly not up to our usual high standards and we apologise.

"We are in the process of reviewing our vegan offering and will be introducing new dishes very soon."

Last year, a Brighton based passenger was left shocked and hungry after tucking into a sandwich bought on a Jetstar flight, before realising one of them contained a simple lettuce leaf with margarine smeared inside.

A few months later, a British Airways passenger was left stunned after being served a Chicken Caesar bread roll with so little filling that even cabin crew were "embarrassed" to serve it.

In 2017, a traveller flying with Aegean Airlines, ordered the "Vegetarian Oriental" meal in advance, but was disappointed to discover his entire meal consisted of a handful of crudites – with a knife and fork.