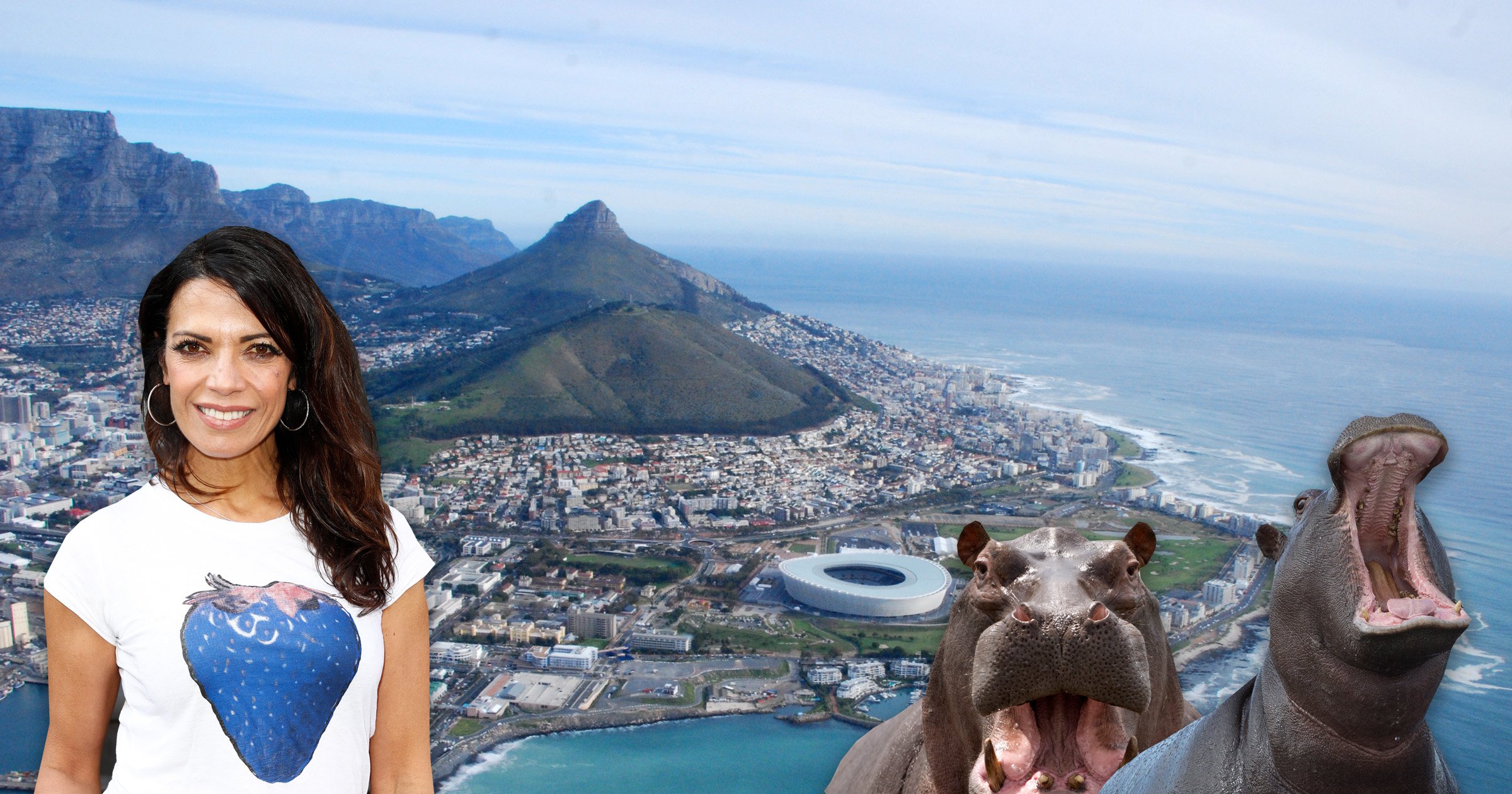 Podcaster Jenny Powell is no stranger to travel.

As a TV presenter, she’s filmed from locations around the world, as well as visiting amazing destinations like Rio de Janeiro, Miami, Kenya and Romania.

But what were her best bits?

From spending a night under the stars with some very noisy neighbours to travelling through the favelas in a dodgy Jeep, here are some of her most cherished memories from on the road.

What is your favourite on-the-road moment?

Travelling around Romania from the Danube up to Transylvania for
a food and wine series.

The roads aren’t great and there isn’t a direct route to anywhere so we drove for hours most days and the crew and I really bonded.

On the way to Cluj-Napoca we were so hungry, we stopped off at a petrol station, raided the shelves for crisps and chocolate, and got back in the van for another six hours, singing ’80s and ’90s songs like teenagers.

And your favourite city?

Cape Town. I love the ocean and the city is right on the Atlantic and is where my family originate from, so I have a real affinity with the place.

There are so many different areas to explore: the Kirstenbosch National Botanical Garden sits at the foot of Table Mountain and is known as one of the most magnificent botanical gardens in the world (admission £10), there are some really cool restaurants on the Victoria & Alfred Waterfront, and you’ll find an eclectic mix of cultures on Kloof Street and Long Street, which are also great for boutique shopping.

All of this shrouded by Table Mountain and Lion’s Head.

When have you been most scared while travelling?

In Brazil on a tour through the favelas in Rio. I wasn’t prepared for what might just be around the corner and I felt stupid, as if I were asking for trouble entering the area as a daft tourist.

The Jeep we were in was falling apart and I felt as if the gods were against us.

What is the best souvenir you’ve come home with?

We went on holiday to Mallorca when I was ten. I begged for one of those huge fake-fur multicoloured donkeys to take home and I got my way.

My parents were mortified and, looking back, I owe them an apology as we dragged it all the way back to the UK.

I can see it now – brown with orange and yellow fluffy patches, about the size of a Shetland pony, taking pride of place in the corner of my bedroom.

I was absolutely made up with it and wish I’d kept it.

What has been your most life-changing experience while travelling?

I went to live in Miami with my two daughters, Pollyanna and Connie, then aged three and 11, and my fiancé Martin for three months.

I wanted to live by the sea in the sunshine and had always talked about it. We lived barefoot most of the time, went camping surrounded by raccoons, saw porpoises and all kinds of wildlife on South Beach. It was a life-changer for me.

On Hippo Corner in the Maasai Mara National Reserve in Kenya, which is a bend in the river where we set up camp. I was in basic accommodation by the river on safari and could hear the hippos honking and grunting to each other all night.

It’s the most bizarre thing as they got louder and louder until I had convinced myself they were right outside. It was incredible, dangerous and very strange.

Where are you hoping to go next?

The plan is to go to Costa Rica and Mexico. I quite fancy Tulum, a lot of my yogi friends spend time there.

Having been locked up for so long I feel desperate to spread my wings and go long-haul – these two places tick all the boxes for me and are a little more adventurous than other places. The tropical heat and sunshine is a major factor too.

Powell hosts the weekend breakfast show on Greatest Hits Radio from 6am to 10am. Her podcast, Hot Mess Mums Club, is available on all podcast providers.