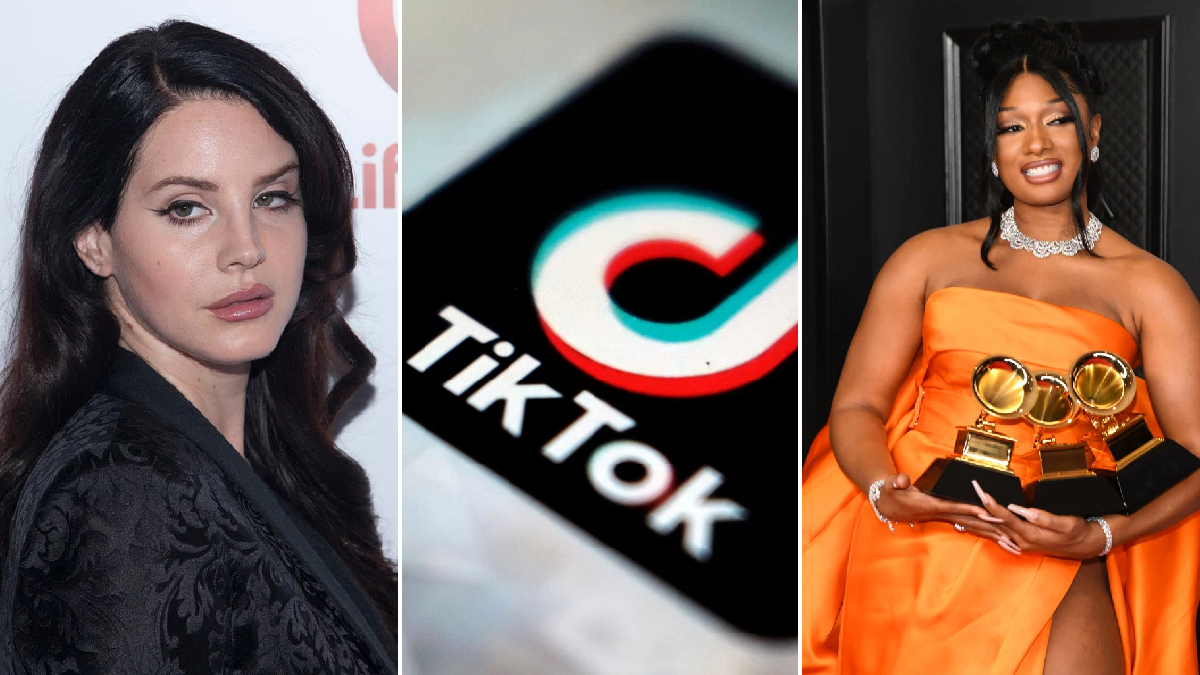 TikTok. You either live, breathe and sleep on the app, or it makes you feel increibly old.

The app is more than just another way to waste time: it’s full of hacks, from beauty tips to workout advice, fashion inspiration, and cleaning tricks.

Such is the power of TikTok that it can do what sometimes a musician cannot do alone – send their song stratospheric.

Yes, TikTok has sometimes been the deciding factor in what tunes top the charts, reviving old hits or making new stars.

Here, we round-up some of the songs which hit all the right notes with TikTok users…

Even before Beyonce hopped on the remix, Savage was savaging the competition in the charts thanks to its ubiquity on TikTok.

NEW DANCE ALERT! 🚨 if u use my dance tag me so i can see🤗 @theestallion #writethelyrics #PlayWithLife #foyou #fyp #foryoupage #newdance #savage

The song, by rapper Megan Thee Stallion, became a viral sensation after popular TikTok user Keara Wilson posted her original dance choreography to the track on the platform on March 10, 2020.

A few days later, Charlie D’Amelio, Keke Palmer, Normani and more were recreating Wilson’s moves to the track – a viral sensation was born, and Savage would go on to get a Billboard Number One.

Say So by Doja Cat

Impossible to think after what feels like a dominant run across the charts and pop culture, but Doja Cat’s Say So had a bit of a so-so impact when it was first released.

Like with Savage, it was a dance-trend on TikTok that helped the song surge.

Doja Cat herself recreated the dance in the subsequent music video.

TikTok’s power for sussing out an earworm doesn’t just include the latest hits.

Lana del Rey is an artist famous for having a huge catalogue of unreleased tracks. One such track was Queen of Disaster.

Somehow, the audio for this became viral on TikTok with ‘#queenofdisaster’ having a collective 25 million views on the app.

This song, by New Zealand singer Benee and American singer Gus Dapperton, really took off in March 2020 – with the #Supalonelychallenge hashtag having over 41 million views.

The pop-rock classic from 2002 had a renaissance thanks to the #imjustakid challenge.

It’s the challenge where people recreate their childhood photos.

Some are hilarious, some are heartwarming and some have even got pets in on the action.

The challenge and the song by Simple Plan has seen over 500 million views on TikTok.

Simple Plan themselves got in on the action, recreating their earlier band photos.

Another classic revamped, this one goes even further back. The track from the 1970s became a TikTok sensation after buff boys, girls and everyone in between used the song as the soundtrack to their flexing.

The track plays and as the lyrics refer to Rasputin being ‘big and strong’, the TikTok user tends to lose their shirt and flexes to the camera.

Unsurprisingly, the hashtag for the Rasputin challenge has been viewed over 74 million times.

Over 46 million videos have been created to this song, which was the creation of Joshua Nanai, a teenager at school who goes by Jawsh 685.

Originally posted in 2019 on YouTube, the song exploded as it became the soundtrack to one of the most ubiquitous dance trends on TikTok, the Culture Dance, which even had Jason DeRulo hop on board.

Never Forget You by Noisettes

Released in 2009 and charting at a respectable No.20 in the UK, the track by UK band Noisettes is having a resurgence thanks to a TikTok trend.

help me get this on his fyp…

The song is being used as people dedicate, shall we say, keepsakes from short-lived flings with people.

These keepsakes are revealed as the song reaches its ‘I’ll never forget you’ lyric – as it’s revealed in most of the videos that the keepsake is, in fact, a child.

However, it’s not all surprise babies – the Never Forget You challenge includes other sweet but short encounters people have had, like stray dogs who bonded with the TikTok user on holiday, friends made in bathrooms on a night out and more.

Kesha has had many hit songs throughout her career, but one of her lesser known album tracks became massively popular on TikTok thanks to a dance routine.

The song has been used over five million times on the app.

Vibe (If I Back It Up) by Cookiee Kawaii

TikTok is the home for snake hips and twerking, so it’s no surprise plenty of videos – nearly 1.4 million as of writing, to be exact – have made this twerk anthem so popular.

Cookiee Kawaii is a musical artist from New Jersey and in her viral hit, her voice can be heard singing ‘if I back it up, is it fat enough?’.

It was a song made for body-positive dance moves, and TikTok users didn’t disappoint.

There have also been some funny parodies of the tune, including posh Apprentice star Ryan-Mark Parsons reading the lyrics in his iconic Received Pronunciation.

A ‘flex’ anthem, ROXANNE has been used over 1.7 million times as of time of writing.

The song is usually used on videos where people are showing off something – amazing views, luxe interiors or special skills.

The vibe of the videos matches the lyrics, which include: ‘All for the ‘Gram
B*tches love the ‘Gram.’