AT least 25 people have died and millions of animals have perished in the Australian bushfires, which have devastated the country since September last year.

Some of the most popular tourist spots in the country have been affected by the fires, with tourists warned to evacuate and stay away. 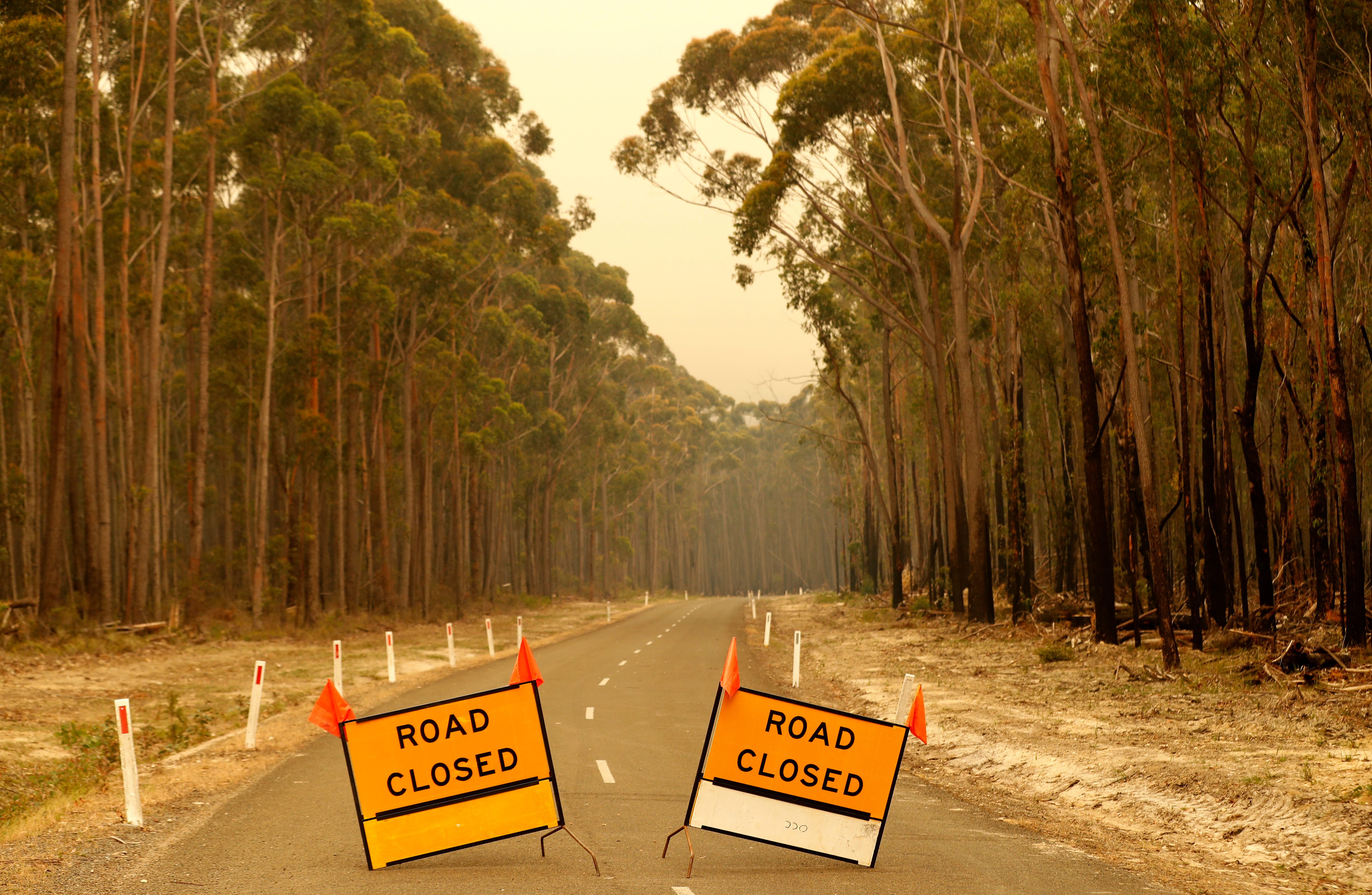 If you're heading to Australia, here's what you need to know.

Which Australian regions are affected?

Victoria and New South Wales have been the worst-hit states, but other states are also affected.

New South Wales has been in a state of emergency since Friday, January 3, with bushfires in some areas burning out of control.

With high temperatures and strong wings expected, the status is staying in place for seven days.

Local authorities is carrying out forced evacuations in some areas while tourists have been warned to leave.

The best place to find specific advice for New South Wales is here.

While fire danger remains high today (January 7), there isn't a total fire ban at the moment and the situation appears to be improving in some areas.

But just before the New Year, bushfires in East Gippsland, Victoria, were described as "out of control", with temperatures up to 40C.

The districts of Mallee, Wimmera, South West, Northern Country, North Central, Central, West and South Gippsland were all rated severe for fire danger on December 30, with a total fire ban across the state. 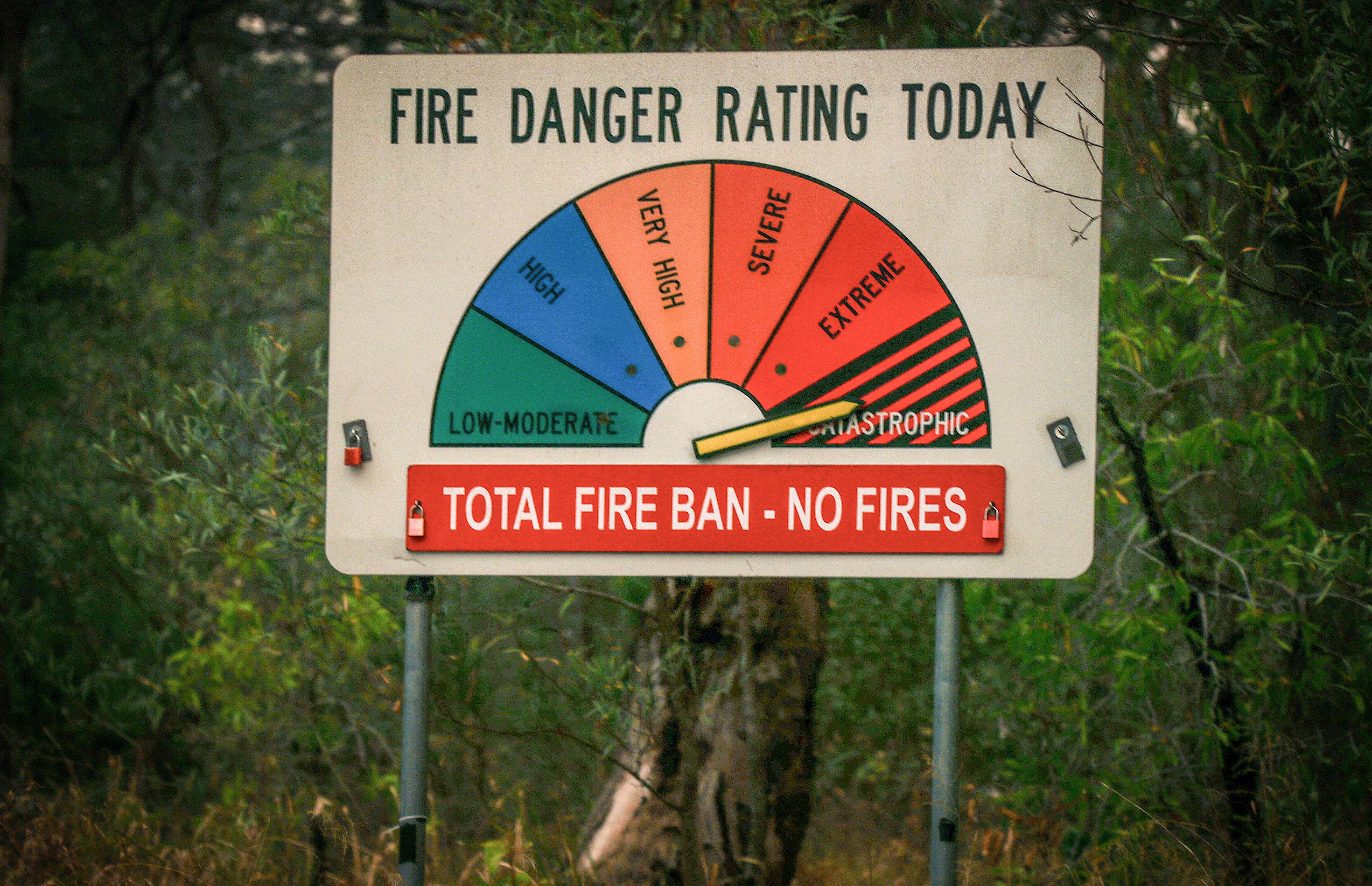 The Victoria Government's emergency warning system was forced to issue a red alert saying: "You are in danger and need to act immediately to survive."

It said: "The safest option is to take shelter indoors immediately. It is too late to leave."

Some 4,000 people ended up trapped on a beach in Mallacoota, with some jumping into the sea to escape the inferno.

Why are bushfires so dangerous?

Australia's bushfire season typically takes place in the summer months, between November and February, according to the Foreign Office.

Several firefighters have already lost their lives this year while combating the unpredictable and out of control bushfires.

The fires can start and change direction with little or no notice due to the arid climate and high wind, so visitors need to heed local advice and evacuate when advised – otherwise they risk being trapped in the middle of the fires.

As a result of the fires, temperatures have soared to upwards of 40C in some areas.

And aside from the obvious fire danger, bushfires can also severely impact air quality, with asthma sufferers among the worst affected. 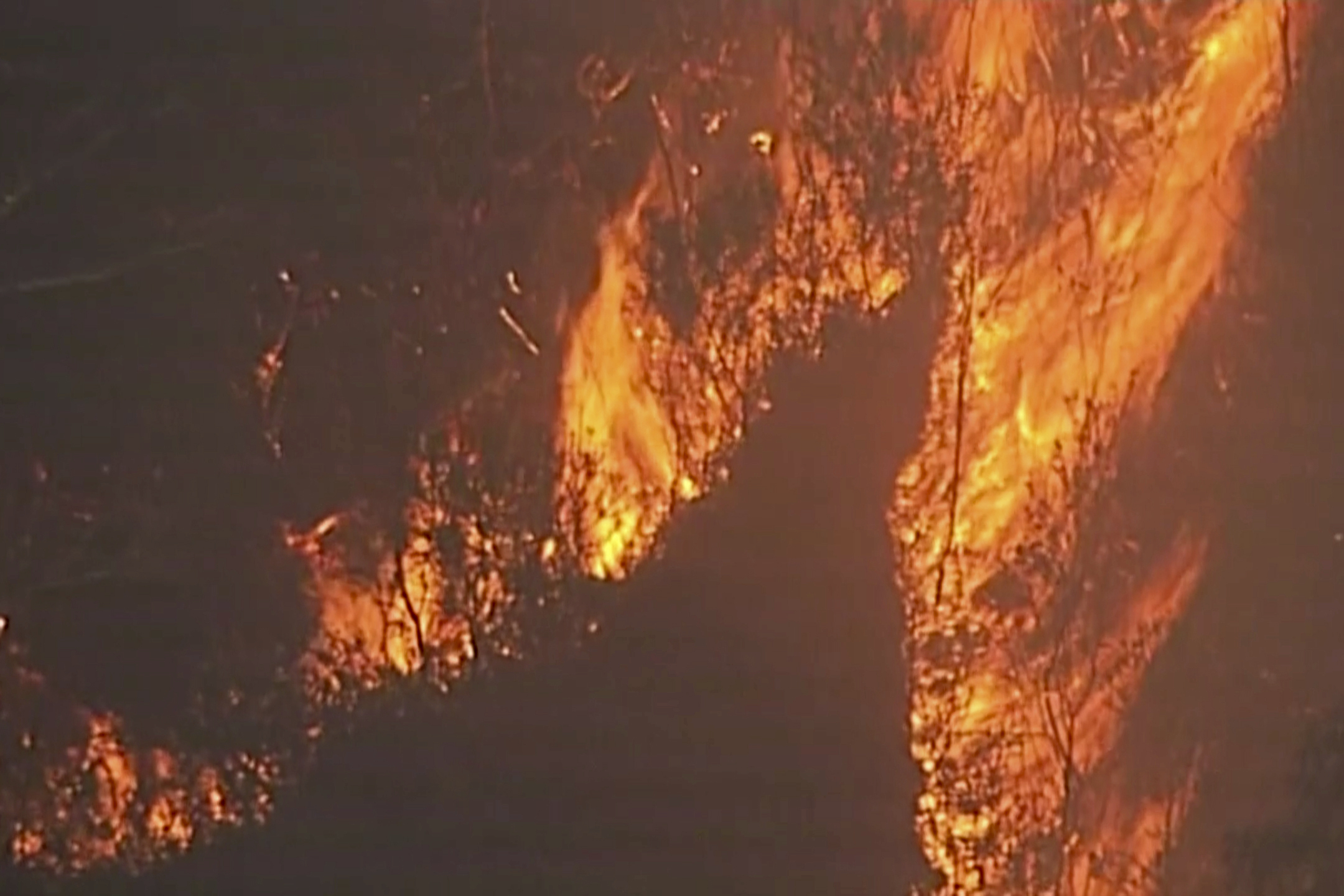 Should you avoid travelling to Australia?

While there are no general warnings against travelling to Australia, you should check whether the destinations you're visiting is safe and whether there are any evacuations taking place.

Tourist activities in some areas have been cancelled, so you should check before you travel to make sure any tours you've booked are going ahead.

You should also contact any hotels you've booked to make sure it's safe to travel and that they can still host you as there could be water shortages in the area.

What should you do if you get caught up in a bushfire?

Before you travel, check the latest advice in your area.

New South Wales has a Fires Near Me app, which you can download before you travel.

The websites you should check

In the unfortunate event you're caught up in the bushfires, the NSW fire department advises you to park off the road in an area that's far away from trees, scrub and tall grass.

You should face the front of your car towards the fire, and stay inside but below the windows "to protect yourself from radiant heat" until the sound of the fire has passed.

Make sure your engines are off and your headlights and hazard lights are on.

You should also close the windows and air vents, cover yourself with a woollen blanket and your mouth with a damp cloth – don't forget to keep hydrated.

The Victoria Government advised that as a last resort, people should "shelter in the middle of a large open area like a ploughed paddock, football oval or sporting reserve," or try to "get into a large body of water like a dam, lake, river, the ocean or inground pool."

There will be separate local advice about the safest places to go and you should check the websites for the relevant state fire department.

You should also dial 000 in an emergency.

Up to a third of koalas are being wiped out by the bushfires in Australia.

Victims of bushfires are being targeted by scammers.

Soaring temperatures due to the fires has meant birds have literally dropped from the skies.