AN obnoxious man who refers to himself as ‘a king’ brands his girlfriend ‘poor and delusional’ after she refuses to buy him a £38 lobster dinner.

The shocking exchange came to light when the woman shared it to social media – and needless to say it was only a matter of time before it went viral!

With Red Lobster trending on Twitter you would be forgiven for assuming the American restaurant chain had added an exciting new dish to their menu.

Unfortunately its reason for trending was certainly less appetising than a delicious new seafood entry.

Twitter user Teonna lit the fire when she shared some screenshots of the horror conversation she had had with the man who – might we add – she is, unsurprisingly, no longer dating!

The exchange starts off pleasantly enough, with Teonna generously offering to cook the man she'd been casually 'seeing for a month' dinner. 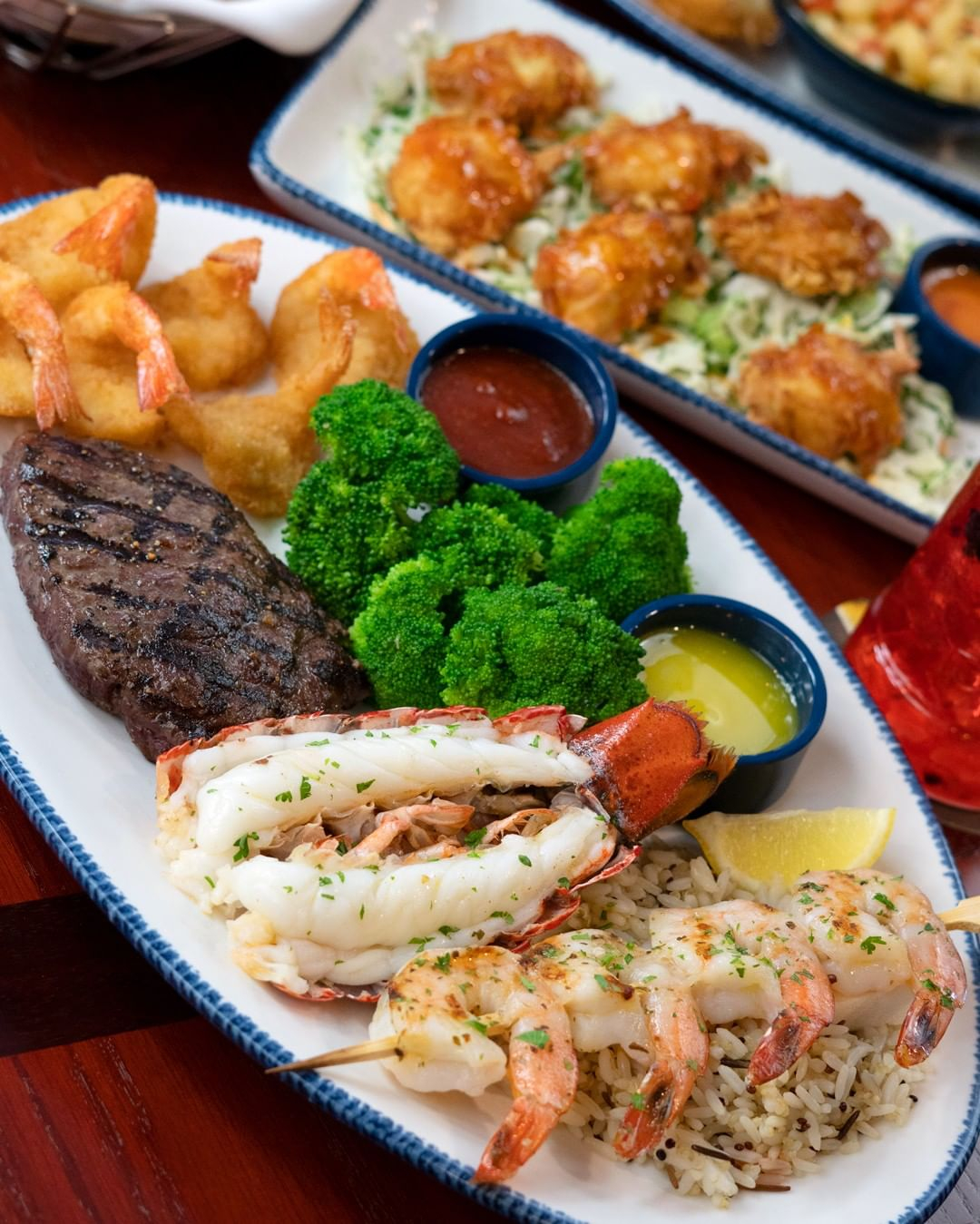 However he had it in his head that he was craving Red Lobster instead.

Still, extending her hand, she sent him some screenshots of some delicious looking tacos, asking:

"We're making this, do you want this?

"I know you're craving red lobster but I also don't have much money after paying my bills and it would just be easier on me" – Not that she has to justify her financial position to him, especially when she is OFFERING him a meal. 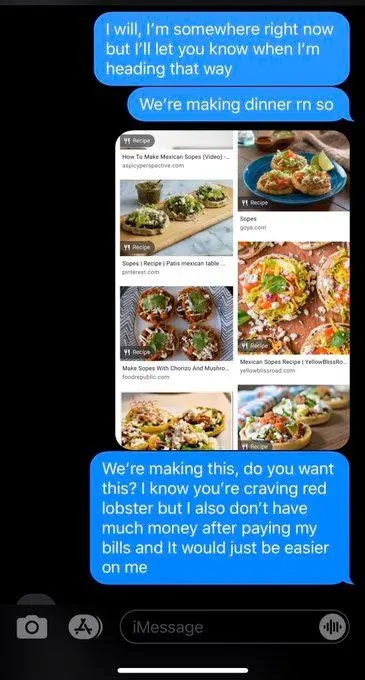 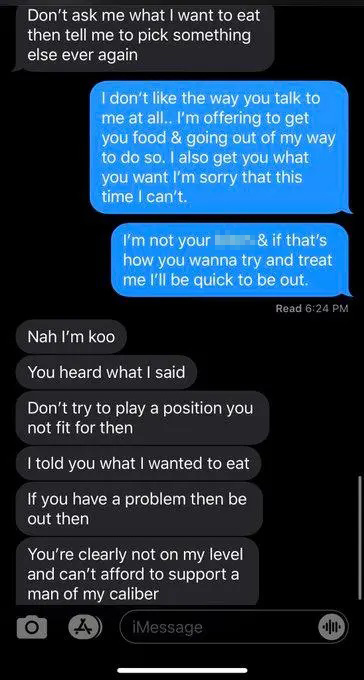 The ungrateful recipient responds: "Don't ask me what I want to eat then tell me to pick something else ever again."

And this is where it starts to unravel.

Quite reasonably so, she defends herself saying:

"I don't like the way you talk to me at all.

"I'm offering to get you food and going of my way to do so.

"I also get what you want, I'm sorry that this time I can't." 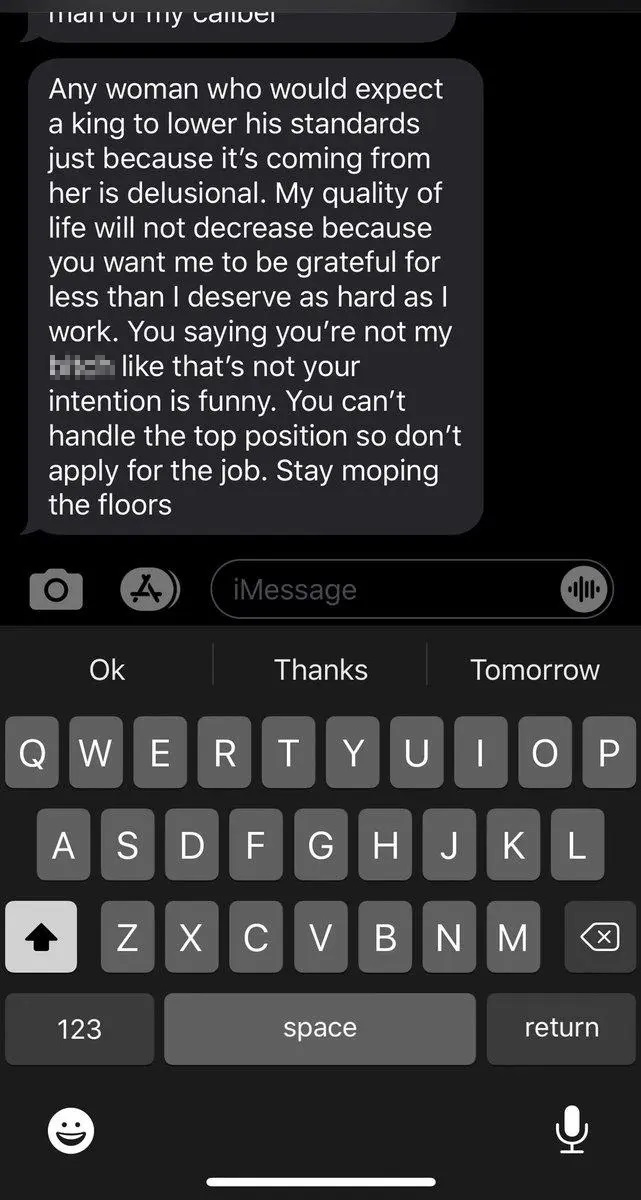 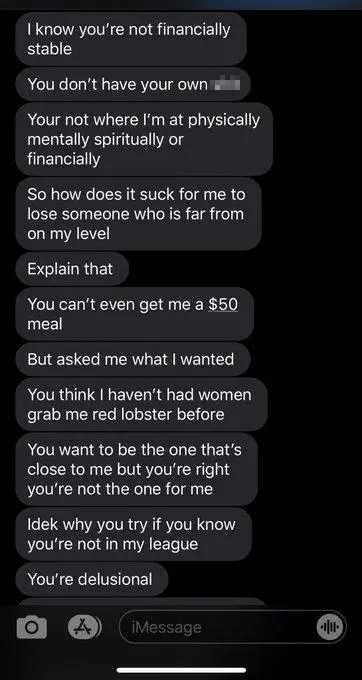 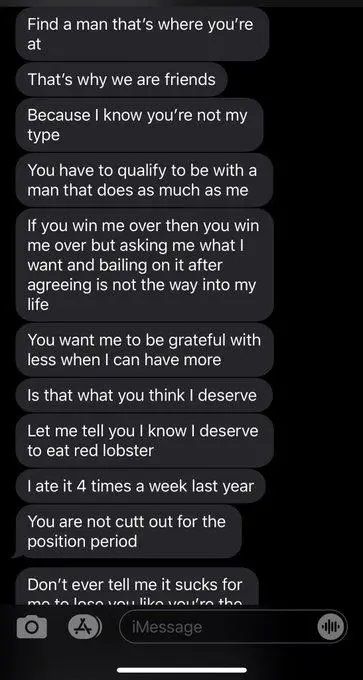 She continues: "I'm not your b***h and if that's how you wanna try and treat me I'll be quick to be out."

At this point any reasonable man might recognise the error of his ways and quickly apologise.

But Teonna is clearly not dealing with that type of man, instead her self-defence riled him up to spew a mound of insults at her.

Among his accusations were: "You're clearly not on my level and can't afford to support a man of my calibre." 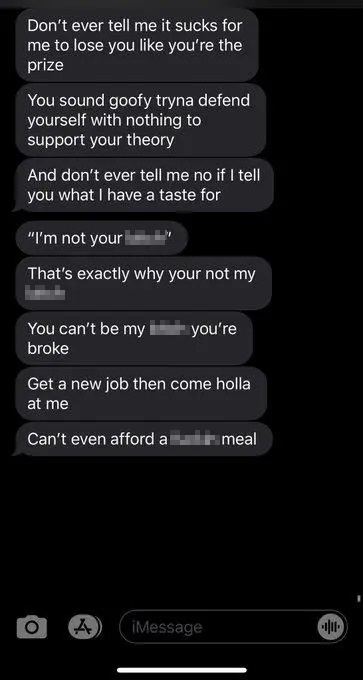 And accuses her of trying to get a "king to lower his standards."

Before adding insult to injury and saying "you can't handle the top position so don't apply for the job. Stay mopping the floors."

And his tirade doesn't end there, he goes on to accuse her of being "not financially stable" and not being "where I'm at physically, mentally, spiritually or financially."

He goes on to reveal that he's had multiple women bring him his beloved Red Lobster before.

And in fact he 'deserves' to eat Red Lobster because he "ate it four times a week last year."

The charming man then concludes his tirade with "You can't be my b***h you're broke" – What a gent!

Not only did he not do himself any favours with pretty much the entire online community, but it doesn't look like he'll be asked to be a spokesman for the chain anytime soon.

And it's fair to say he's definitely not 'her lobster.'

In other news, we told you about the boyfriend who became violent after smoking Black Mamba and turned the house into a 'bloodbath' when he slit his own wrists.

Diane Kruger and Norman Reedus are feeling the love. The 43-year-old Inglourious Basterds actress and the 51-year-old The Walking Dead star were seen packing on…