My last visit was 20 years ago, as a teen, and what’s striking now is the increase in variety, for both culture and cuisine. It’s no longer all theme parks, beaches and malls. 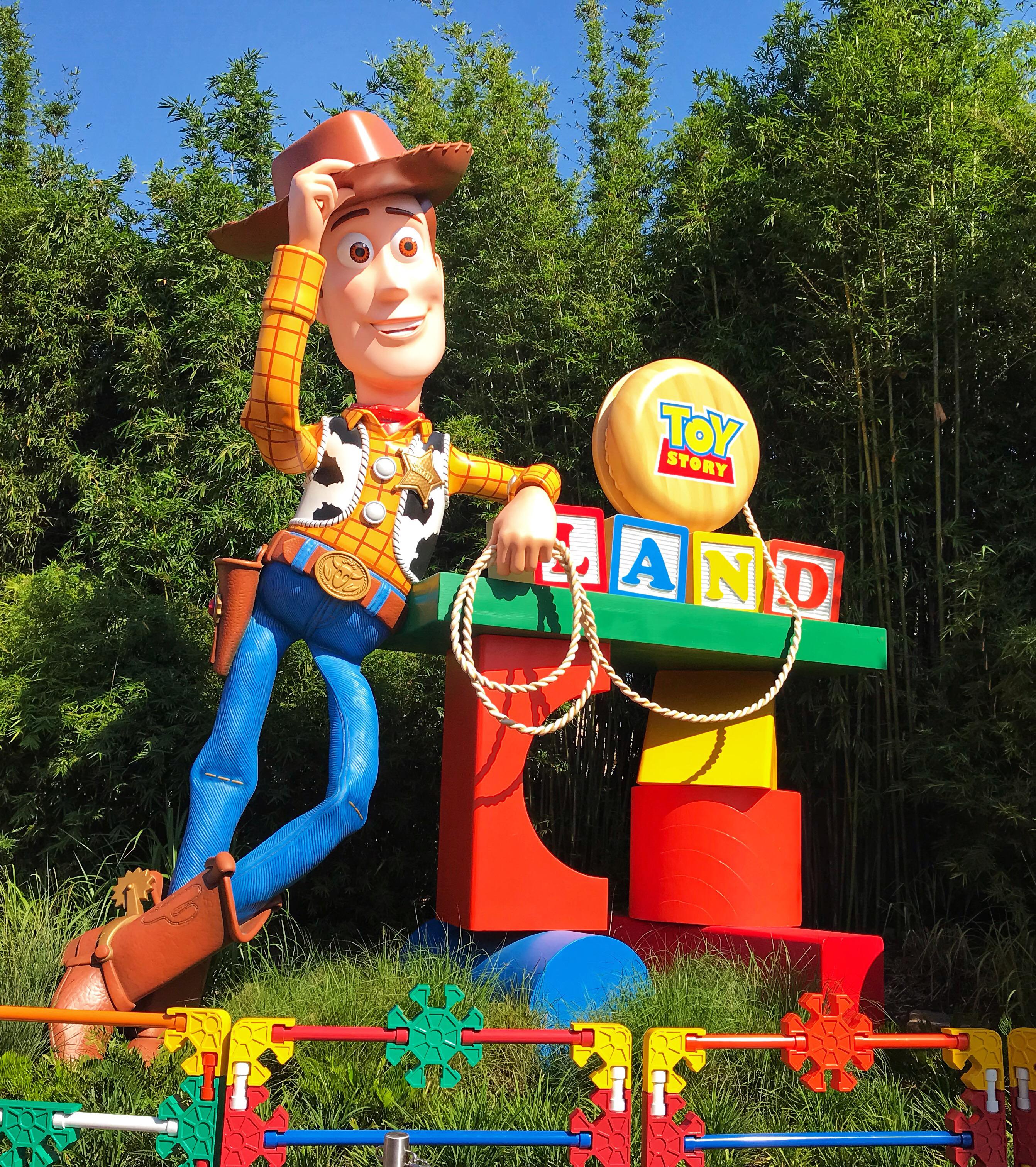 One change for the better is in the food.

There are fewer chain diners now and more hipster restaurants.

Indeed, Angelo, a private chef who came to our villa to give us a taste of the new Florida, said Orlando is now the US cuisine capital, with chefs from all over the world drawn to its flourishing scene.

Another great thing about Orlando is the service — unfailingly polite and occasionally seasoned with dry wit.

At the K restaurant, for example, we were serenaded by a waiter who fashioned a DIY Phantom Of The Opera mask and had us in stitches with show tunes. 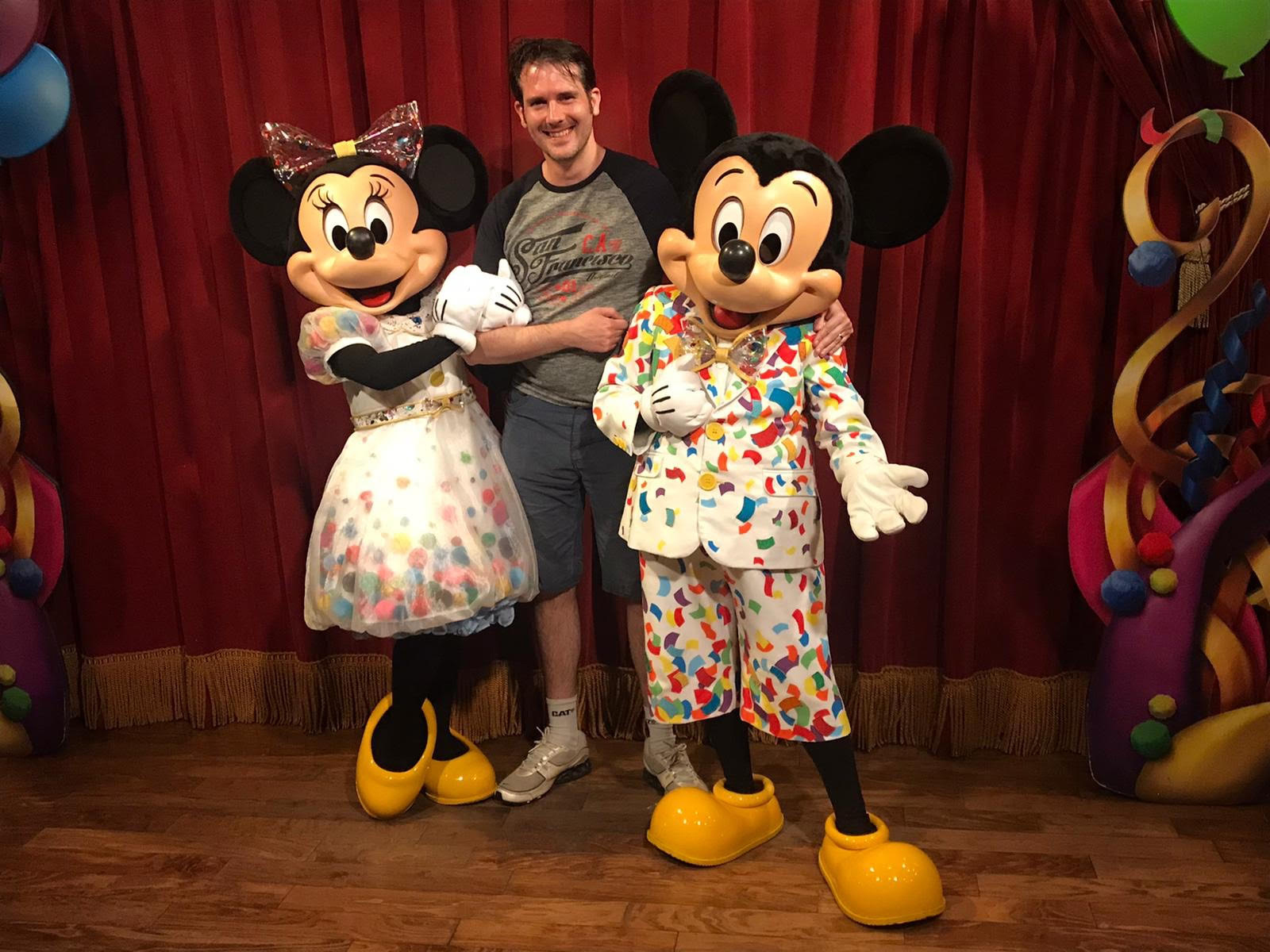 The range of accommodation has moved up a notch, too.

We stayed at the Reunion Resort in Kissimmee in a stupefyingly large villa that sleeps 32 people in 13 bedrooms.

It had its own bowling alley, golf simulator and arcade room, cinema, bar and pool.

Most insane was the sliding bookcase hiding a Harry Potter-themed kids’ room, with a Hogwarts Express train, and wizards’ robes.

Such a villa obviously comes with a hefty price tag . . .  but if you can find enough friends and family, it worked out at about £77 per head per night. 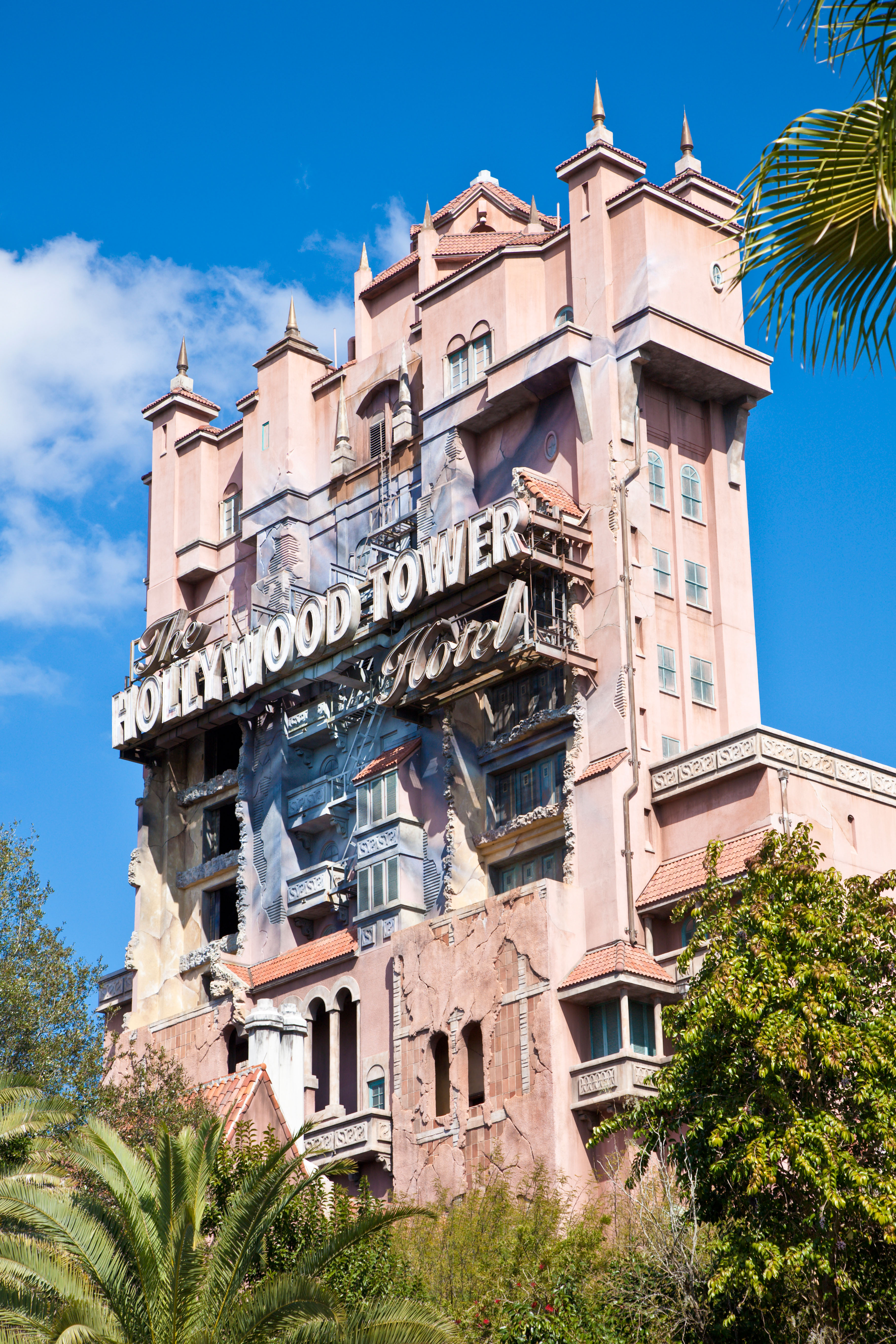 The resort has three signature golf courses, designed by Jack Nicklaus, Arnold Palmer and Tom Watson — so would be ideal for a club trip.

Of course, however much the culture vultures have stormed Orlando, no visit would be complete without the theme parks.

Again, I was curious — as an adult, would they have the same wow factor? 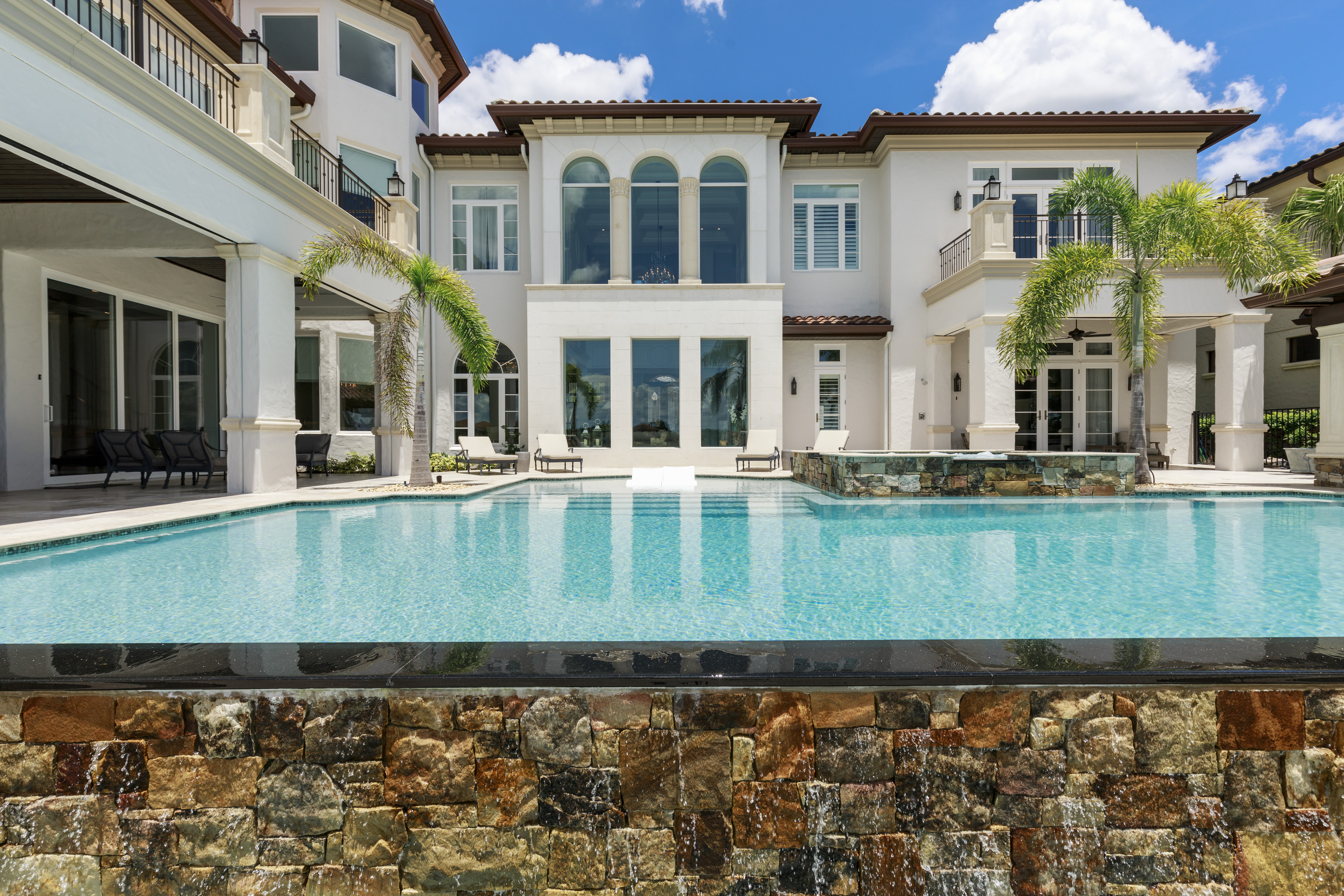 These days, the FastPass+ app system included with regular tickets allows you to bypass some longer queues if you plan in advance.

The Magic Kingdom, home of the Disney castle, has changed the least since the 1990s, with practically all the same rides.

Hollywood Studios (formerly MGM) has had far more of a makeover.

It feels like you’re on one of the films’ planets.

There’s a life-size Millennium Falcon and the chance to build your own lightsaber.

Toy Story Land is the other big attraction. But elsewhere make sure not to miss Muppet*Vision 3D and the Indiana Jones stunt show.

My favourite ride was the Twilight Zone Tower Of Terror, where a bellhop ushers you into a spooky lift.

It’s a perfect example of why Orlando has, in my experience, the world’s best rides. 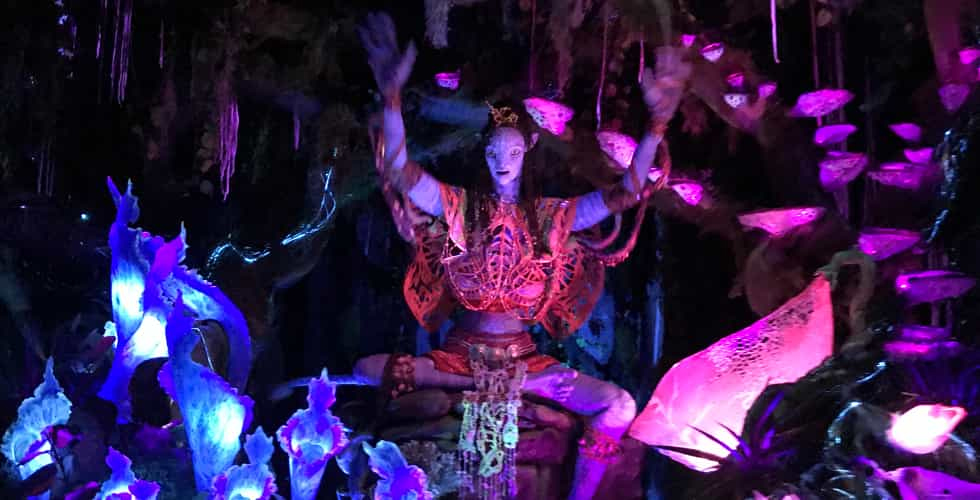 Its scene-setting builds a basic tower-drop mechanism into an experience.

Fantasmic, an evening spectacular with fireworks, lights, music, fire and water jets combining with many of your favourite Disney characters, is the perfect way to cap off your day.

Our third park, Animal Kingdom, was entirely new for me, and had plenty to offer thrill-seekers.

It combines safari animals with dinosaur fun and rollercoasters including Everest, which sees riders take on the Yeti in a forwards/backwards/forwards thriller.

STAYING THERE: One week in the Top Villas house in peak season is from £706pp based on 32 sharing.
See thetopvillas.com

The centrepiece is undoubtedly Pandora, the area based on the Avatar films.

One ride is an enchanting boat tour through magical forests.

The animatronics are mind-boggling.

One giant blue robot was so convincing we weren’t sure whether it was an actor or not.

The main Avatar ride, Disney’s most queued-for attraction, is anything but relaxing.

You wear 3D glasses and clamber aboard a motorbike-like contraption that takes you on a virtual-reality ride atop a dragon.

After four and a half minutes flying through the treetops and swooping over the cliffs of Pandora, we were genuinely emotional, with some even saying it was the best thing they’d done in their entire life.

Which, even just taking into account all the fabulous things we’d done in our brief stay in Orlando, is no small compliment.