Love is in the air! Justin Timberlake is showing wife Jessica Biel just how much he cares by sharing an adorable throwback photo of the couple on Valentine’s Day.

Timberlake, 39, shared a photo of the duo early into their romance. In the pic, he had his arms wrapped around the 37-year-old Sinner actress as they both smiled together.

“Throwback to our first year together. It ain’t hard to tell from my face!!! When you know, you know,” the “Can’t Stop the Feeling” crooner wrote via Instagram on Friday, February 14. “I love you, my funny Valentine. Every day the 14th!!! Happy Love Day, y’all!!”

Timberlake’s sweet Valentine’s Day tribute comes two weeks after Biel honored her longtime love with a sweet Instagram shout-out for his birthday. She shared several photos of the couple over the years, including a snap of the pair kissing last May when he received his honorary doctorate degree from Berklee College of Music. 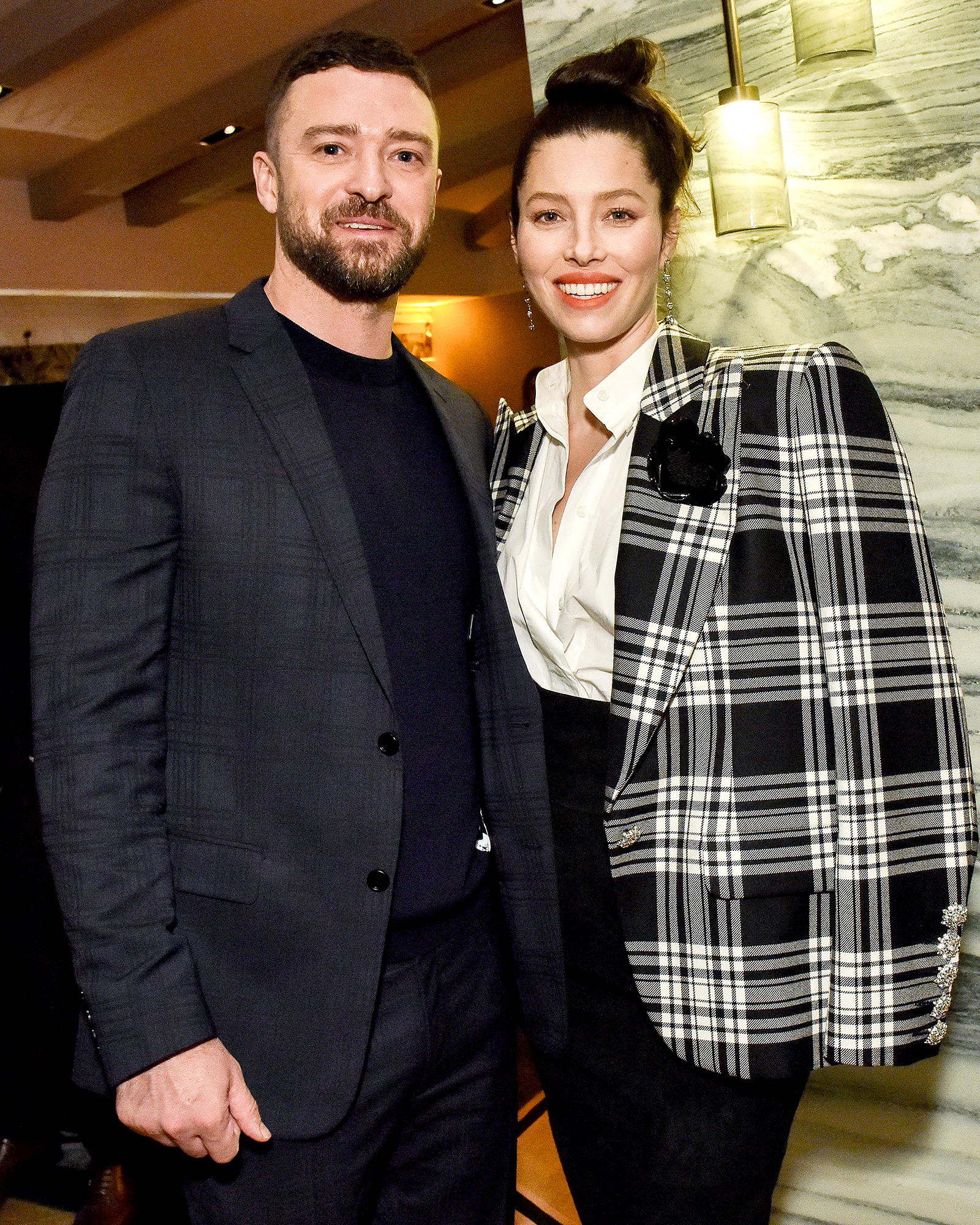 “Happy birthday to the most timeless man I know,” she wrote on January 31. “You somehow grow up without growing old. We love you so much ❤️🎂.”

Though all appears to be smooth sailing between the married pair, Timberlake and Biel encountered a bump in their romance this past November when photos emerged of the Grammy winner cozying up to his Palmer costar Alisha Wainwright. They were photographed holding hands beneath a table while hanging out at The Absinthe House in New Orleans. The 30-year-old Raising Dion actress, for her part, was pictured resting her hand on Timberlake’s knee.

In the wake of the scandal, a source told Us Weekly exclusively that the costars are “just friends” and “nothing inappropriate” occurred between the two. “Several cast members were there and it was just a cast gathering,” the insider said at the time. “Nothing remotely romantic is going on with Justin and Alisha.”

Timberlake addressed the controversy in a statement via Instagram at the time. He apologized for his behavior in the moment while denying that anything romantic happened with Wainwright.

“A few weeks ago, I displayed a strong lapse of judgment — but let me be clear — nothing happened between me and my costar,” the Friends With Benefits actor wrote in December 2019. “I drank way too much that night and I regret my behavior. I should have known better. This is not the example I want to set for my son.”

He continued, “I apologize to my amazing wife and family for putting them through such an embarrassing situation, and I am focused on being the best husband and father I can be. This was not that.”

In January, a source told Us that Timberlake “is trying his hardest to prove himself” to Biel. The couple wed in October 2012 and are the parents to a 4-year-old son, Silas.