A HOLIDAYMAKER claims he found a live maggot wriggling in his burger after taking a bite.

Luke Whatley and girlfriend Hannah Coughlin also claim that they were served "raw" chicken during their holiday at a four-star resort in Bulgaria with Tui. 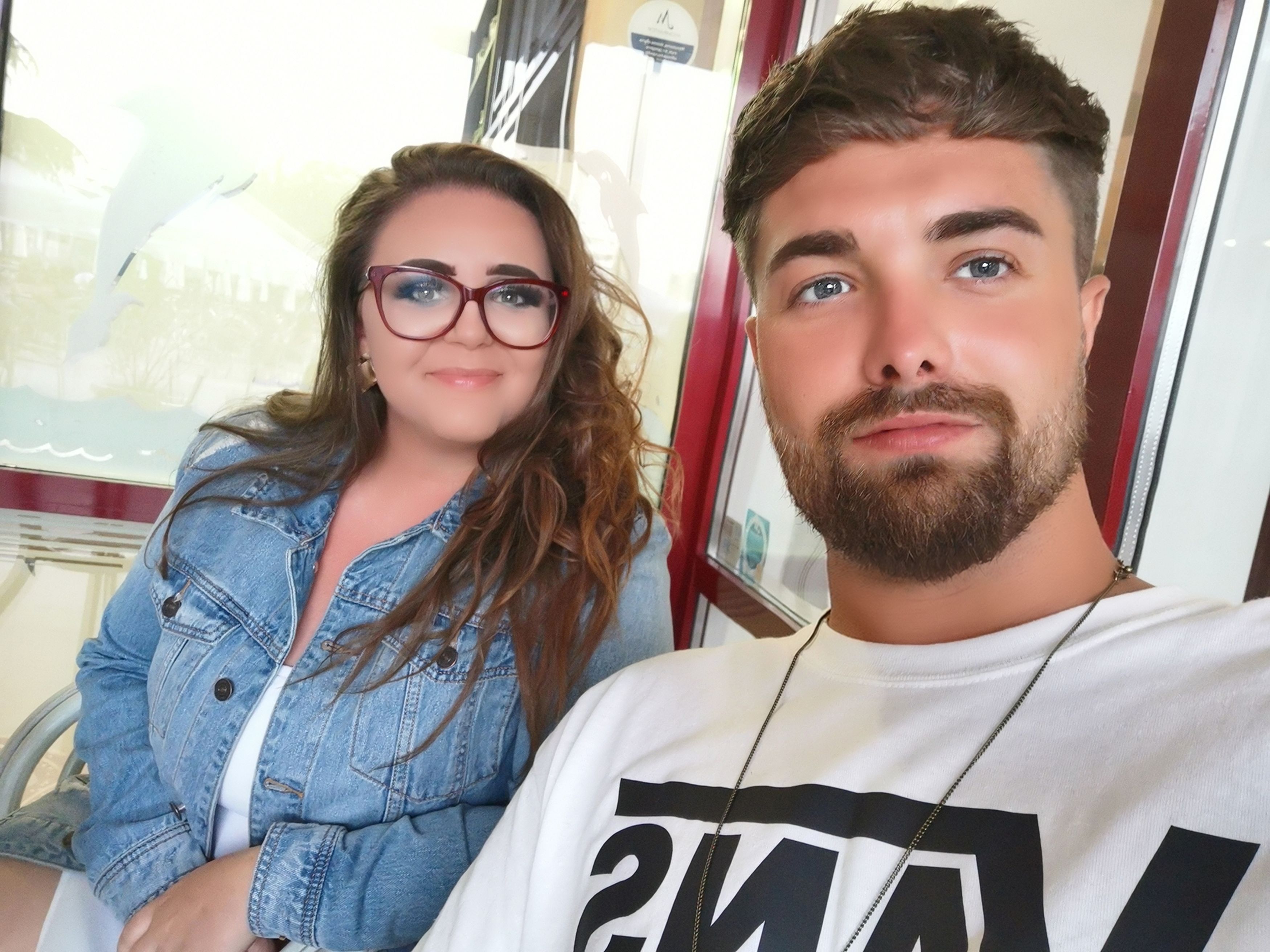 The experience left the couple ready to jet home, despite having paid £1,600 for the break.

Their disappointing dining experience at the hotel started on their first evening.

Luke said: “They were still serving a buffet-style meal when we checked in late, there was a bit of lettuce, cheese and ham.

“Biting into it was like biting into rubber, we tried to eat it but decided to go out instead and got burgers from a nearby restaurant.”

But it was the bug, which call centre worker Luke Whatley claims to have found inside a chicken burger he was served at the hotel's lunch buffet, that really killed their appetite. 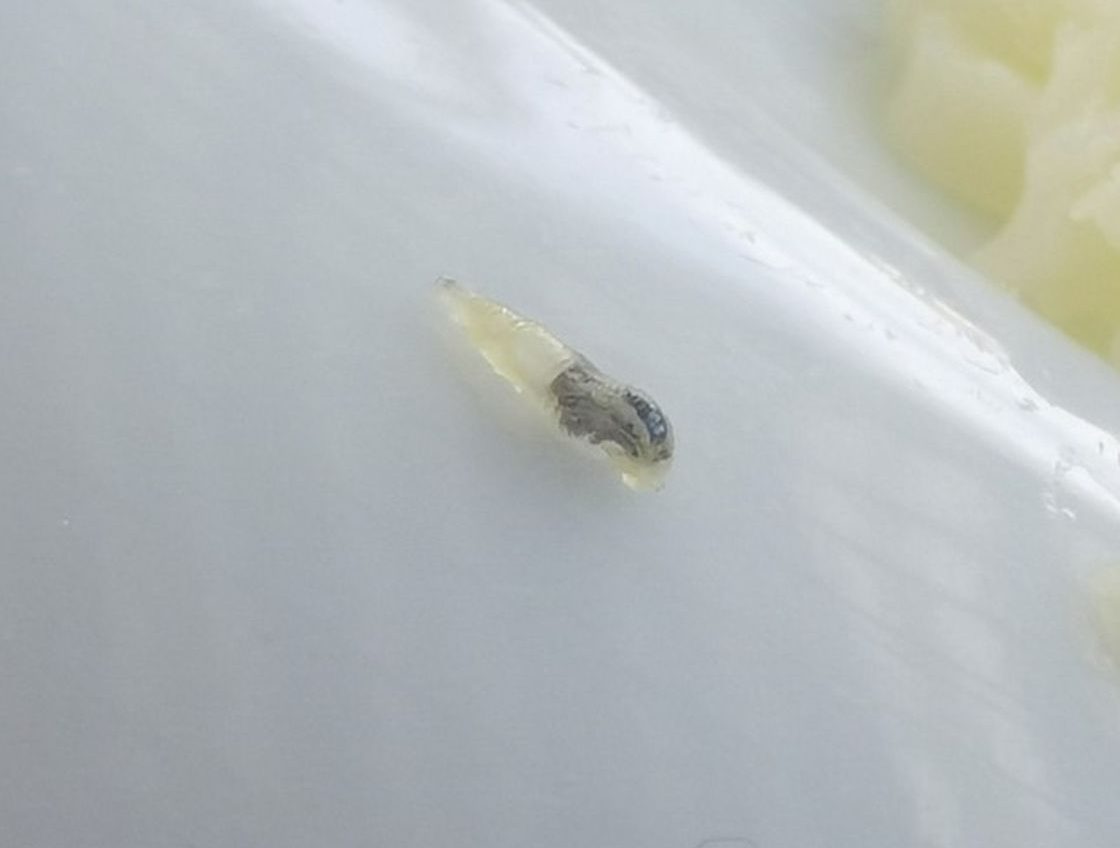 Luke, from Newbridge, South Wales, said: “I took one bite of the burger, looked and it and the maggot was crawling inside the burger.

“It was wriggling – literally doing the worm. I was disgusted, it completely put me off.

“There was just the one but one is all you need to lose your appetite.

“I spat out what was in my mouth and Hannah stopped eating as well. She had ordered pizza but obviously when she saw that she couldn’t eat hers either.

“We left the restaurant and went out for food. I was too fuming to see the rep at that point, I didn't want to say anything I would regret.

“A day or two later we went to the Tui rep and I emailed her a picture of the burger. She said she would contact the hygiene manager of the hotel and register a complaint for me.” 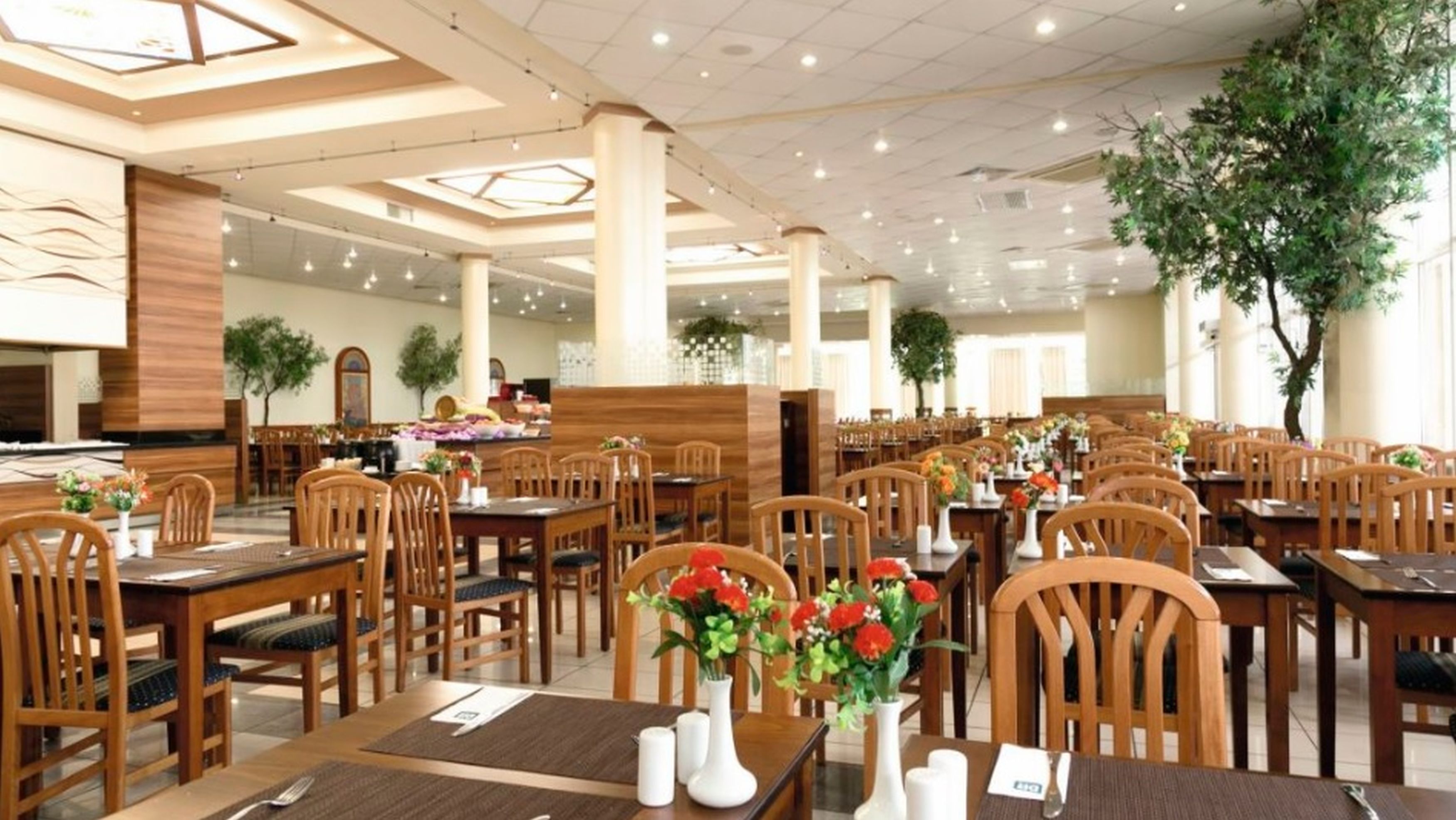 The couple refused to step foot in the buffet restaurant after that.

They gave a couple of other hotel restaurants a chance during the second week – but claim they were served under-cooked chicken.

Luke said: “There were two other restaurants on site that we went to during the second week as we were starting to get a bit low on funds, but we could only use them once per stay.

“All that food was cooked basically in front of you – you could see the chefs – but even then the chicken Hannah had on a skewer wasn’t cooked properly.

“We inspected our food meticulously while eating there, I couldn’t just relax and eat it normally.

“Hannah cut into the chicken and said she didn’t think it was cooked very well and only had a couple of bites.

“She complained about having a bad belly the following day.” 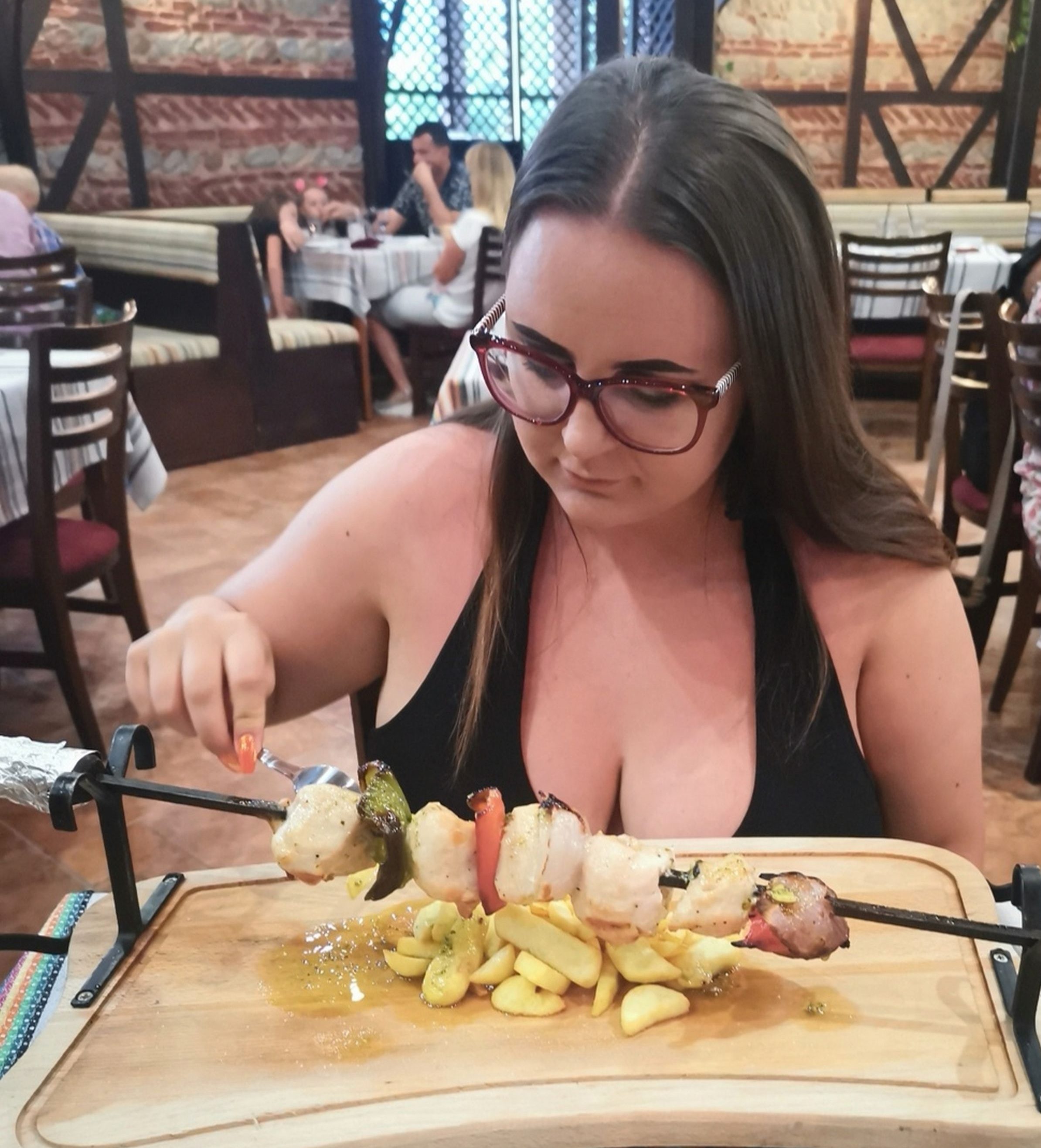 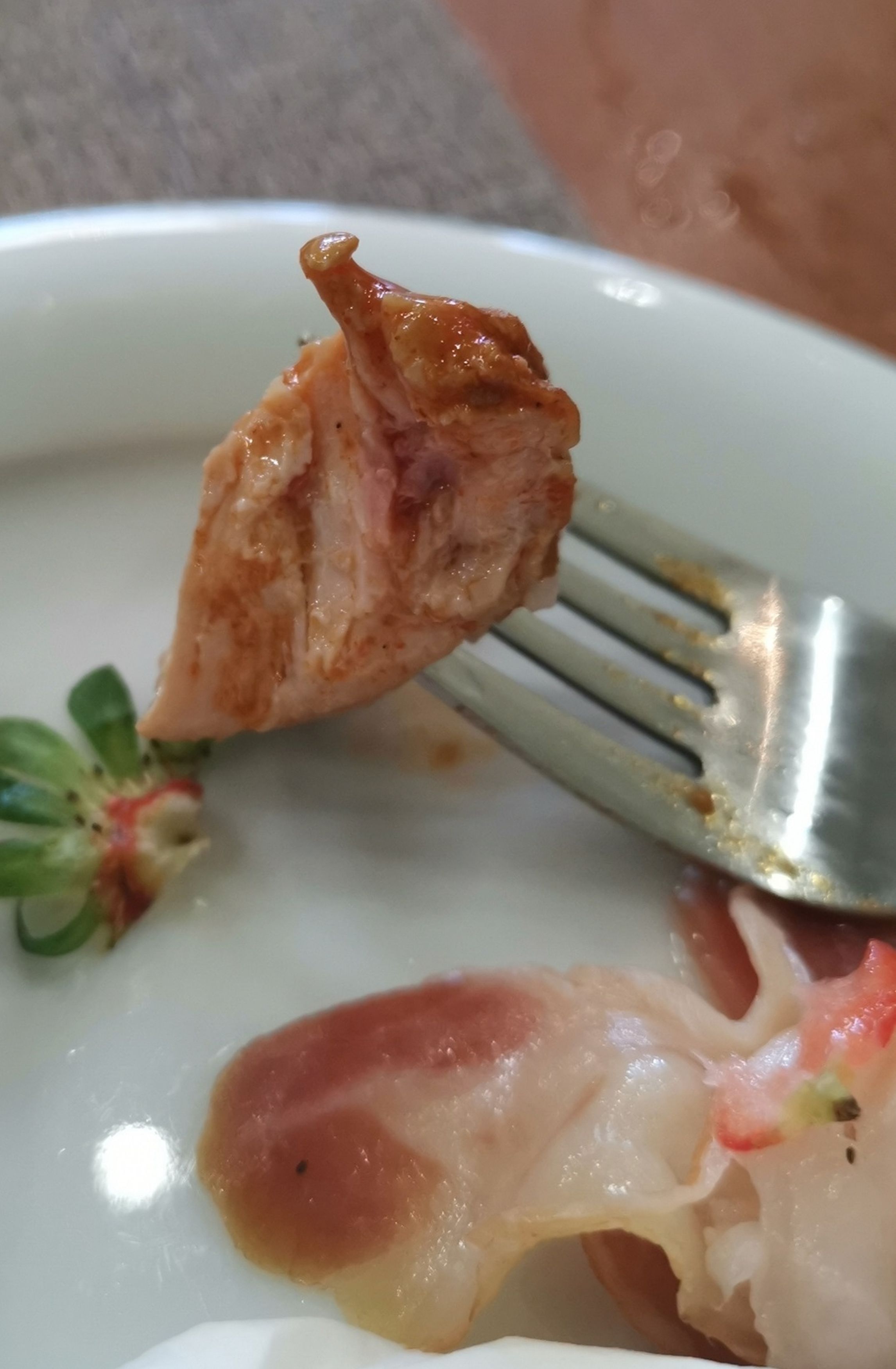 Despite paying for an all-inclusive stay, the repulsed pair couldn’t bear the thought of eating another morsel there and claim to have forked out £700 on food during their two-week stay instead.

Luke said: “We went to lunch and had Chinese food just down from the hotel. After what happened with the burger I was examining everything on my plate.

“It put a dampener on the day generally. I was fuming about that and I’d already made my mind up that I wasn't going to eat there again.

“We basically lived off English breakfasts, burgers and Chinese food during our stay and ended up spending £700 on food and drink.

“Eating out every evening was very expensive – especially when we hadn’t budgeted for it due to it being an all-inclusive hotel.

“Some days we skipped breakfast to try to budget and curb our spending a bit.” 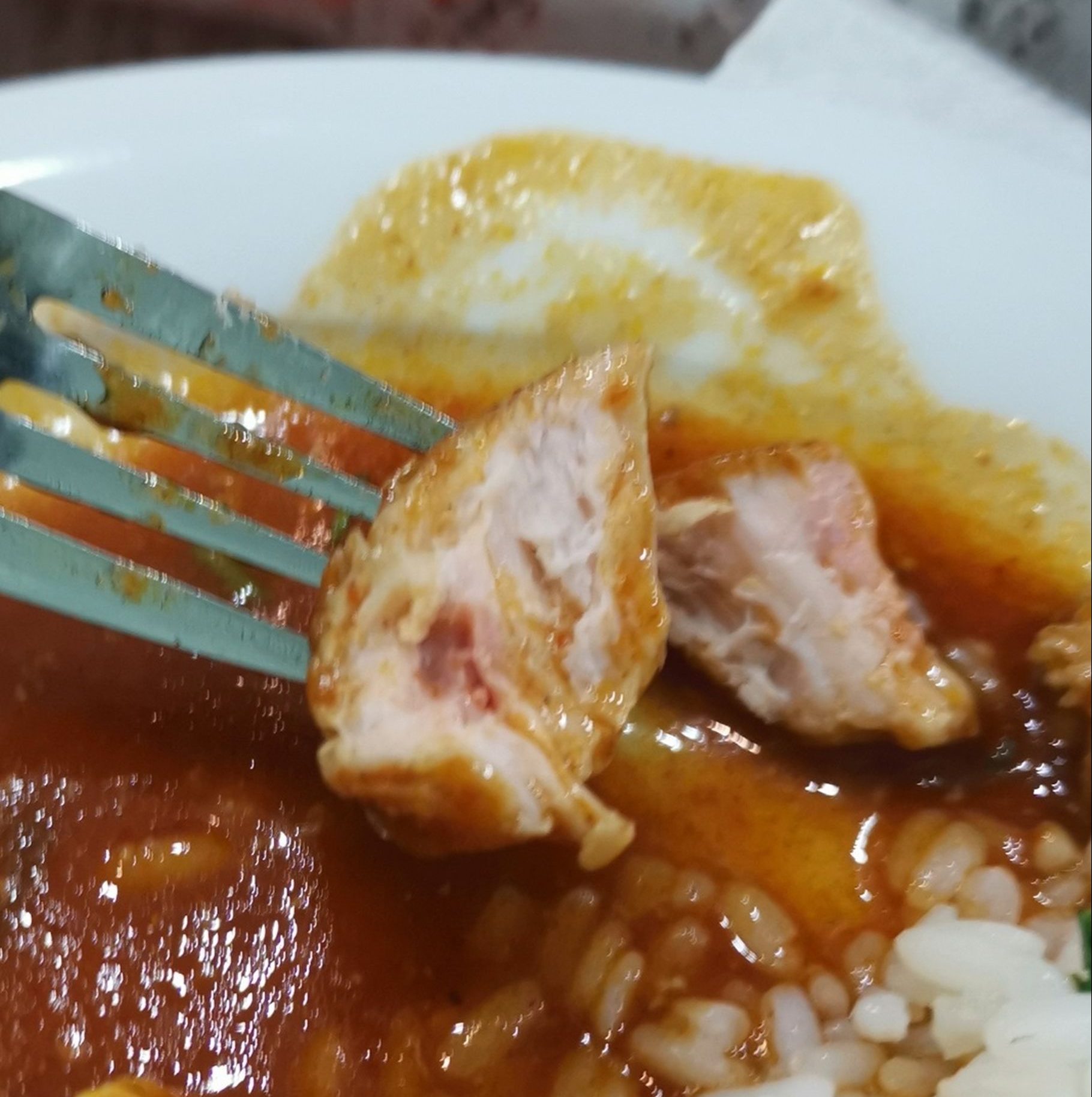 In a bid to cut costs, Luke, 26, and law student Hannah, 22, skipped meals and even resorted to nibbling on crisps and biscuits bought from a nearby shop.

The day before the couple left to go home they were so low on funds they couldn’t afford a meal out.

Resigned, Luke and Hannah returned to the buffet restaurant one last time.

Luke said: “We had about 20 lev left, about £10, which wouldn't have been enough to go and eat out for us both to have a meal.

“We decided at lunchtime to go to the restaurant where the buffet food is.

“Hannah brought over a plate of chicken that had red sauce on it with rice, while I had beef. 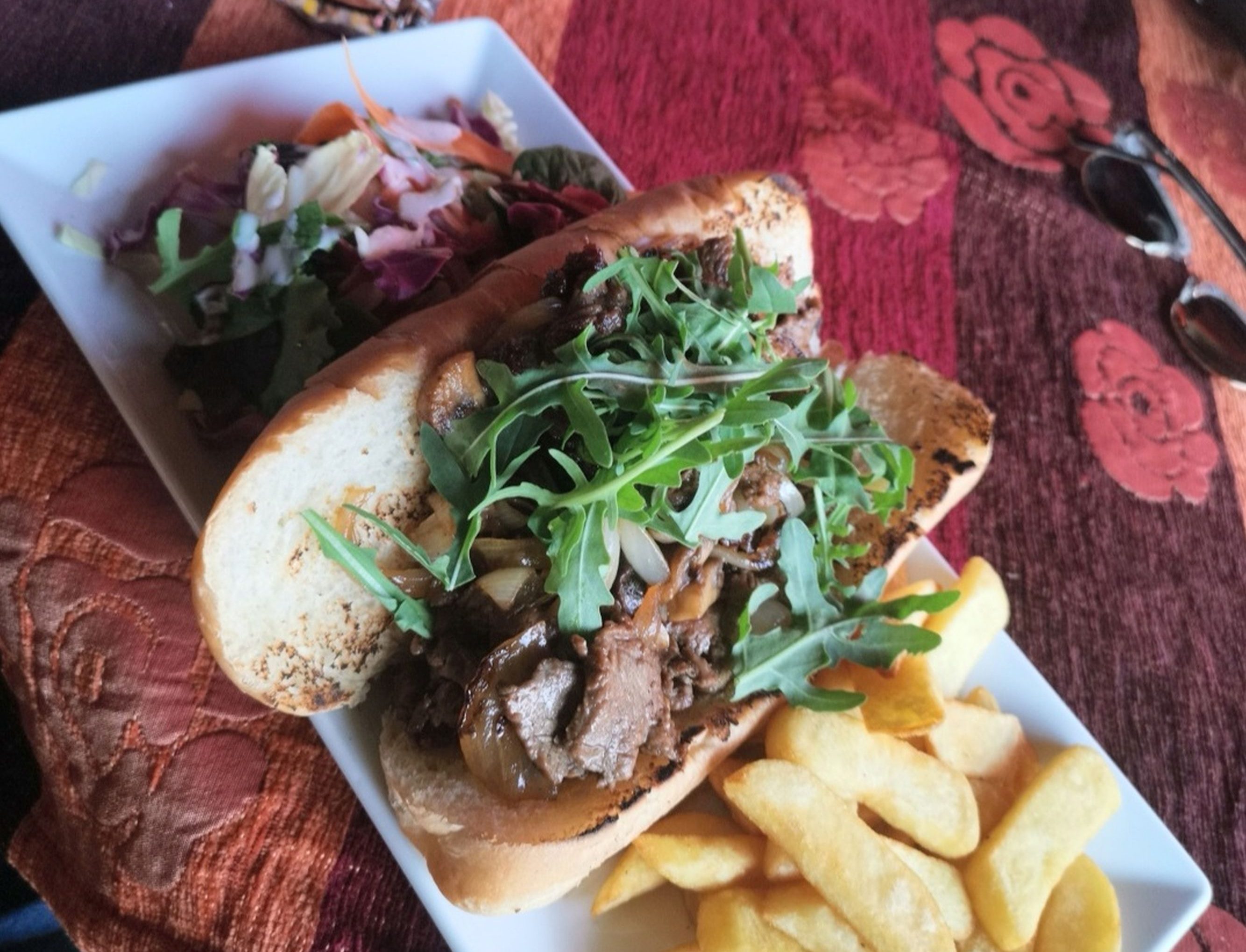 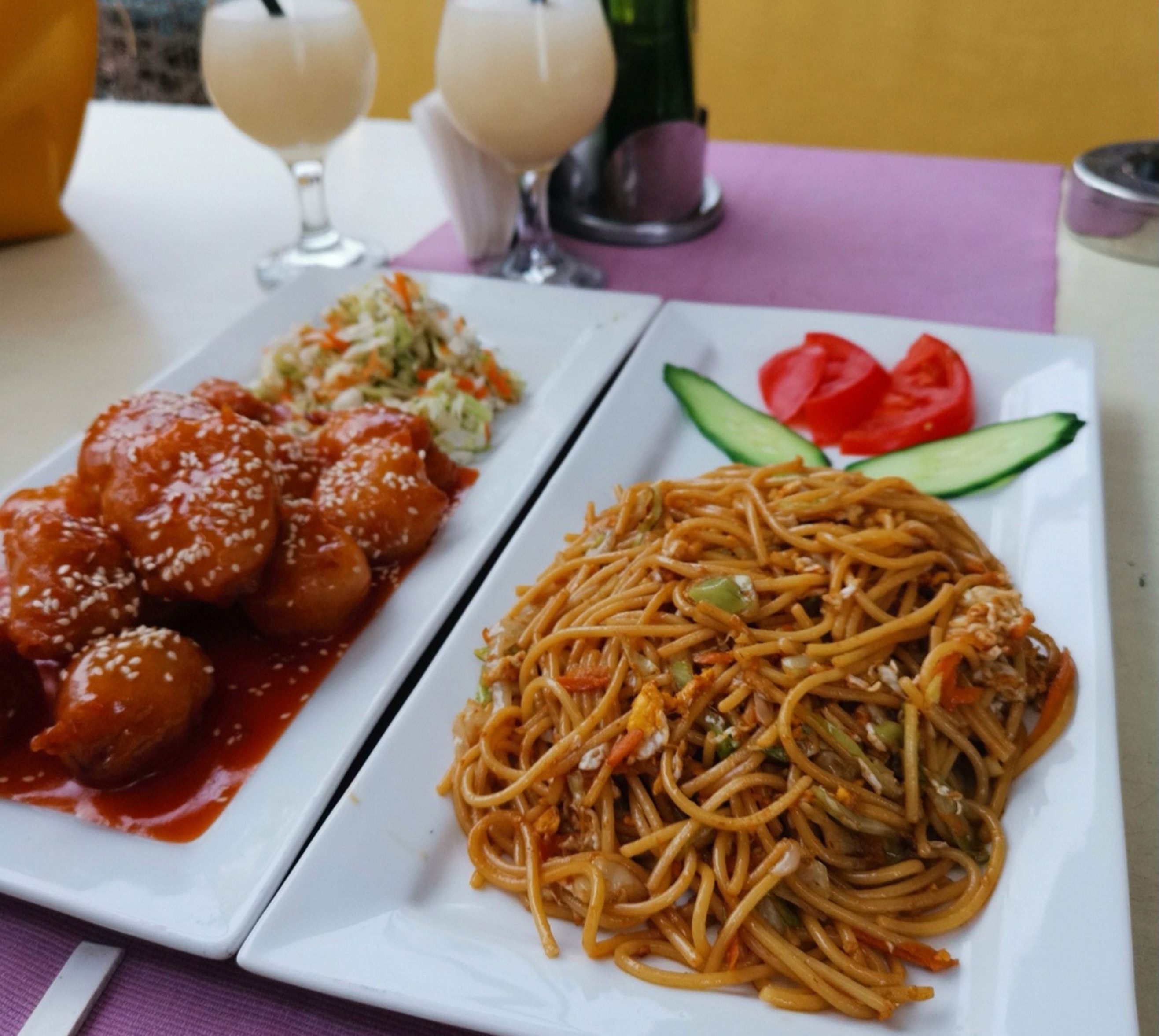 “She cut into it said it looked red. I tipped water over it and you could see blood inside, which I thought was weird for chicken.

“She’d eaten two pieces before that and only thought to look at it because it felt funny in her mouth – she said the texture was not right and it was ‘squishy’.

“When we saw the inside of it Hannah was disgusted and near enough cried when she looked at it.

“I was so fuming, after everything, I wrapped the chicken up in a serviette and took it to the Tui rep.

“I slammed it on the table and said ‘I’ve had enough of this’ and showed it her. She heaved in front of us.

“She apologised and registered it as a complaint and wrote that she’d given us 70 lev as a gesture of goodwill for us to buy food.” 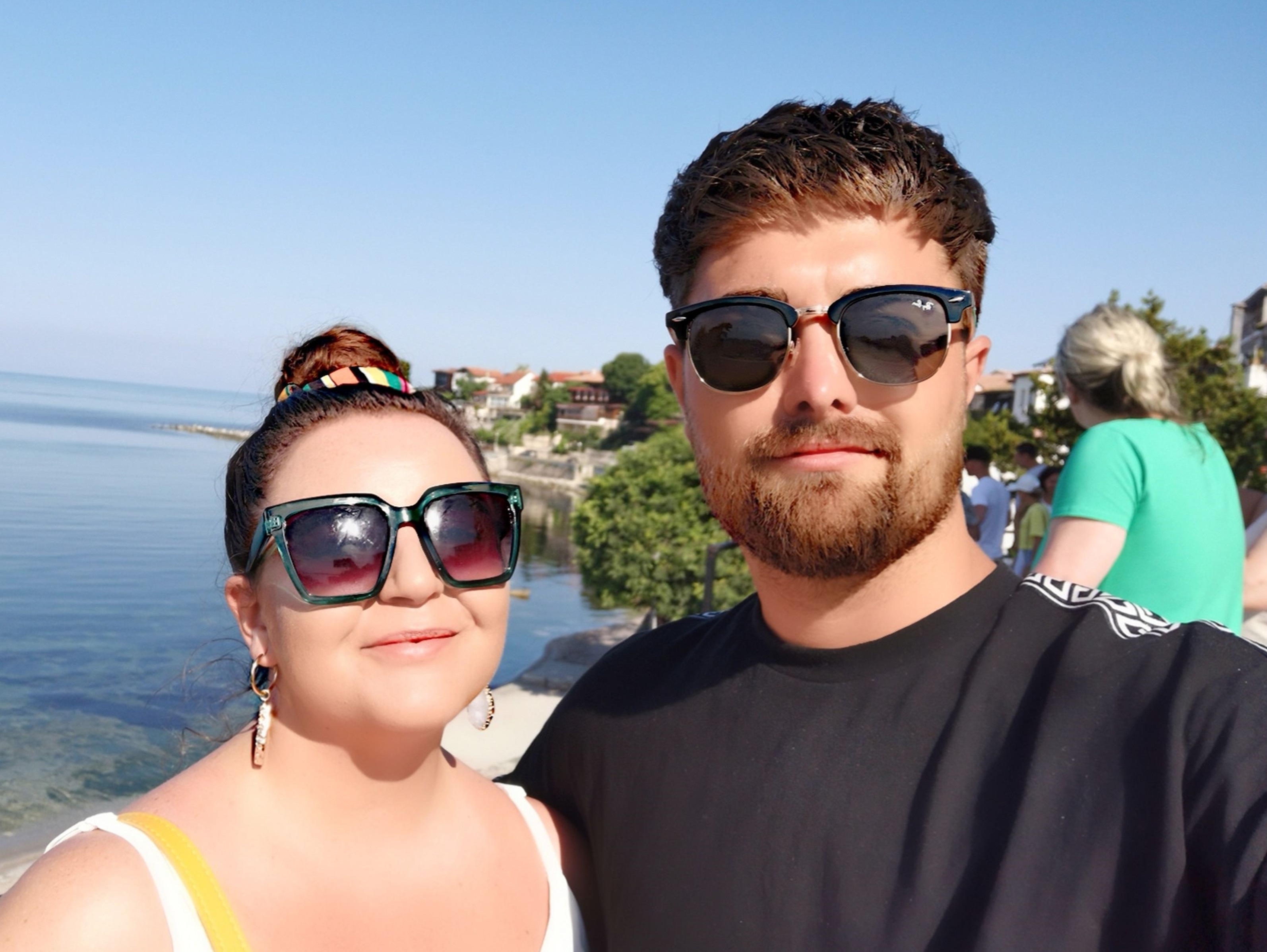 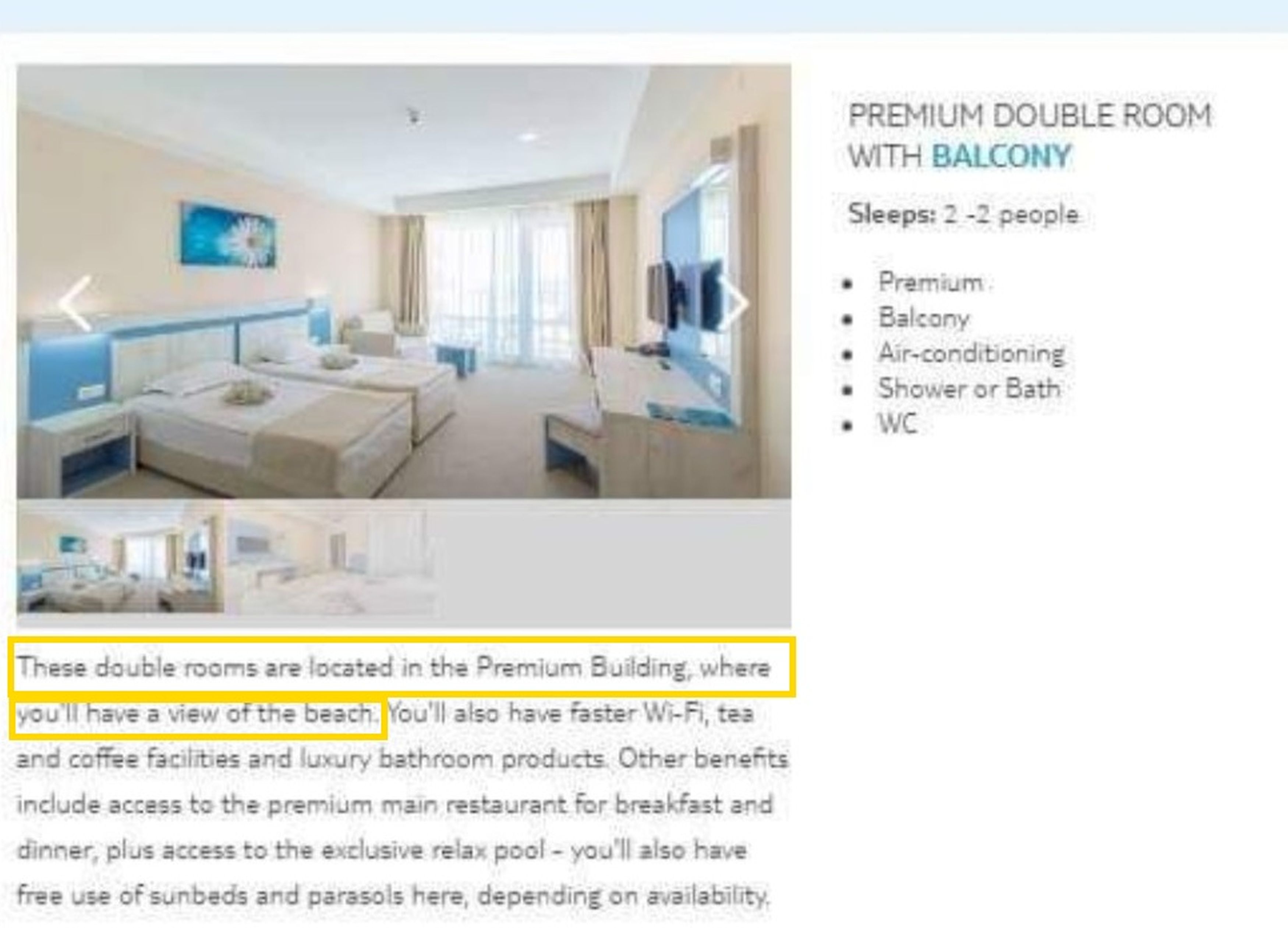 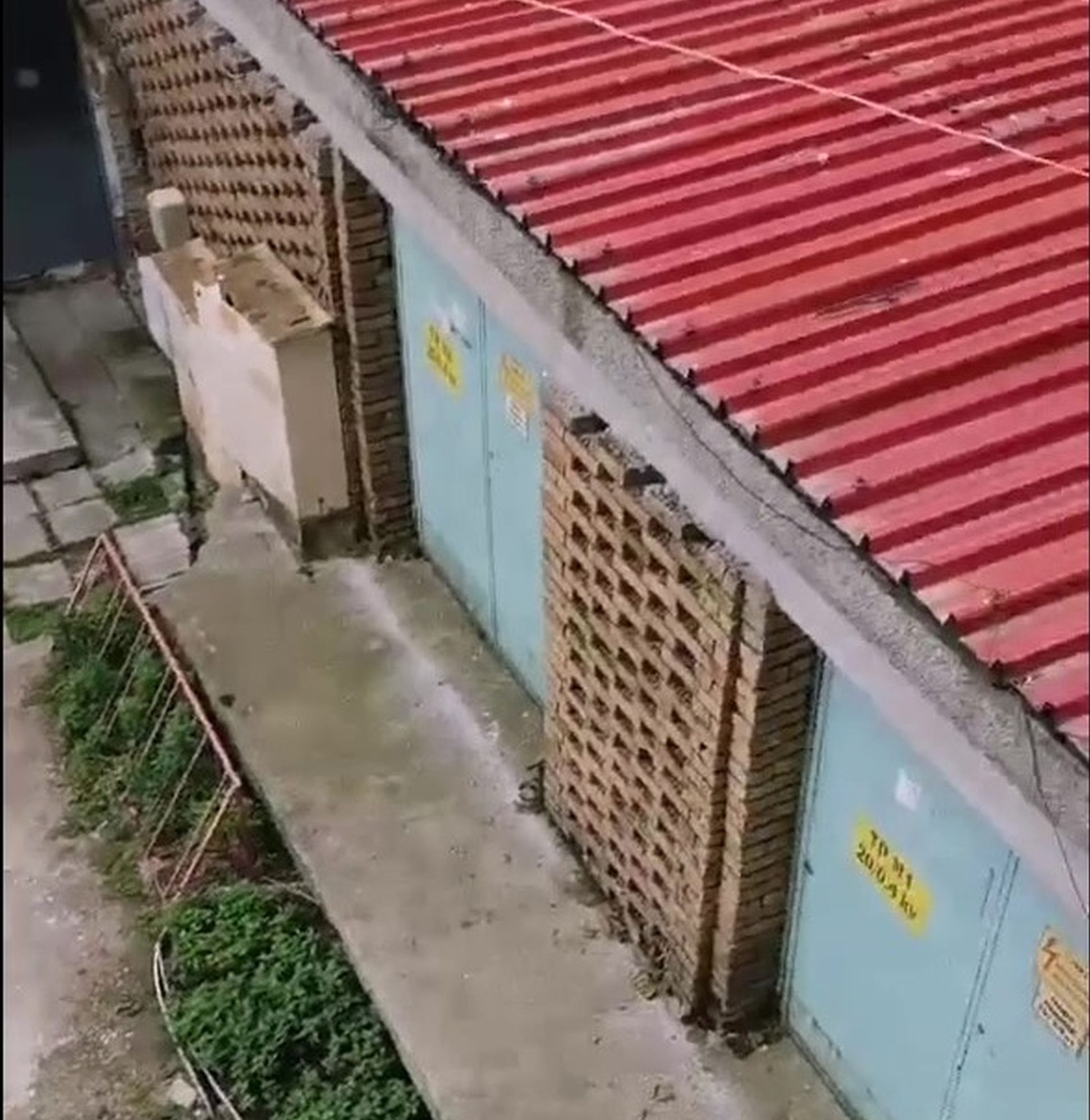 Food wasn't their only complaint.

Luke claims they paid for a premium room that boasted beach views and tea and coffee facilities.

But when they checked-in, they discover their room overlooked a bin-lined alley, the coffee machine was broken and there were no teabags.

Luke said: “The room itself was ok, but we booked for a premium room and on the description of the hotel it states we would have a beach view.

“Ours was looking over an alleyway that was full of bins.

“We went to the Tui rep the following day and he said he could only look into the following week and see if it could be changed then.

“That was no good for us. We wanted to be able to unpack, not have to re-pack and move.

“It wasn’t the best start to the holiday.” 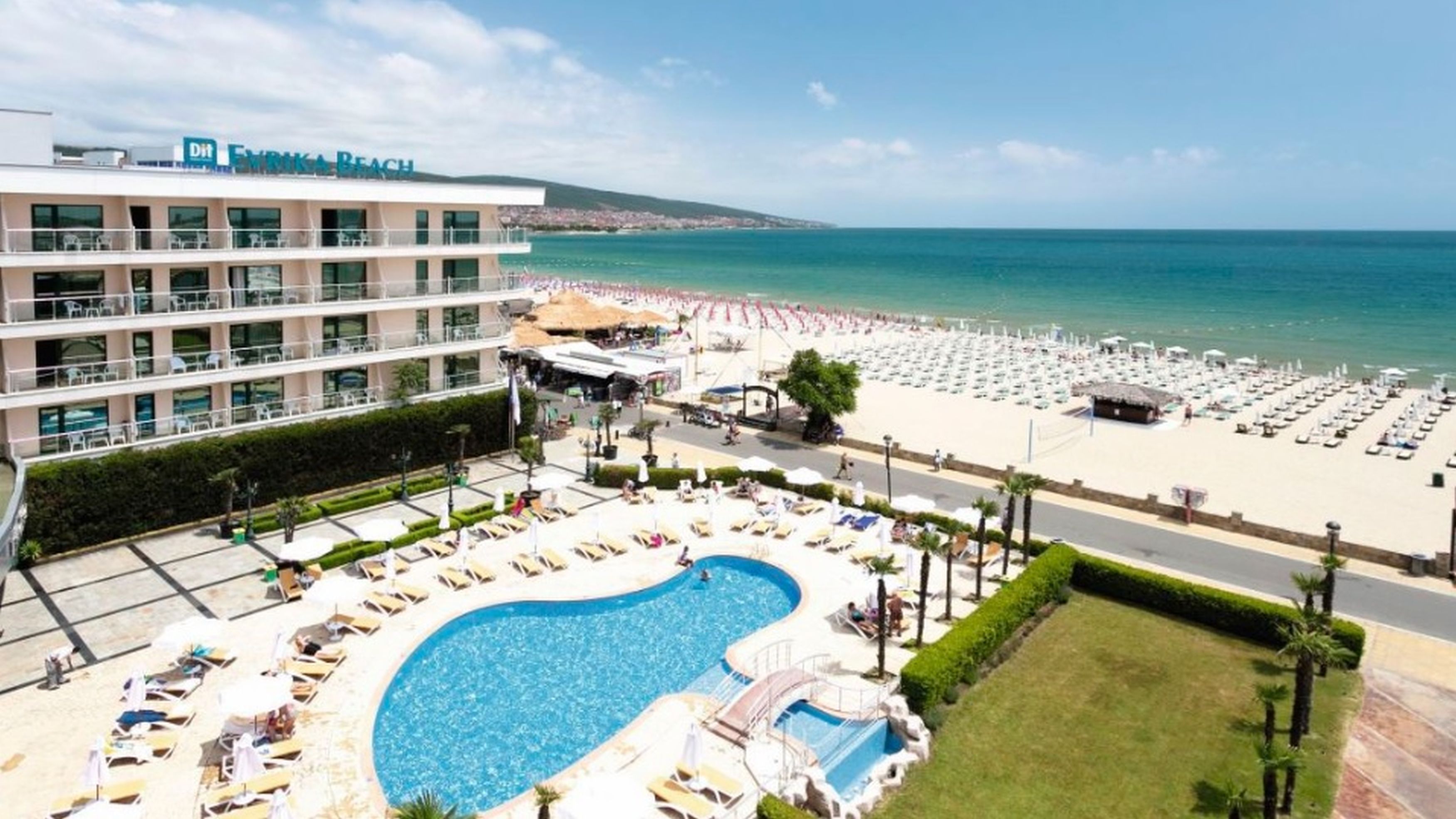 When the couple returned from holiday frustrated Luke lodged a complaint with Tui and 29 days later received a reply claiming that it was an "isolated incident".

The company also said that the couple had been compensated and accepted the 70 lev as a resolution to the problem.

Luke said: “I felt proper disheartened when I received that response from Tui, which is a massive company.

“From the balcony to the food – it ruined it. I wanted to come home by the fourth day but we stuck it out just because if we’d come home we’d only be sat at home in front of the telly doing nothing, at least there we were in the sun.

“I think it’s awful the way Tui have handled it, I’ve never dealt with a company like it. 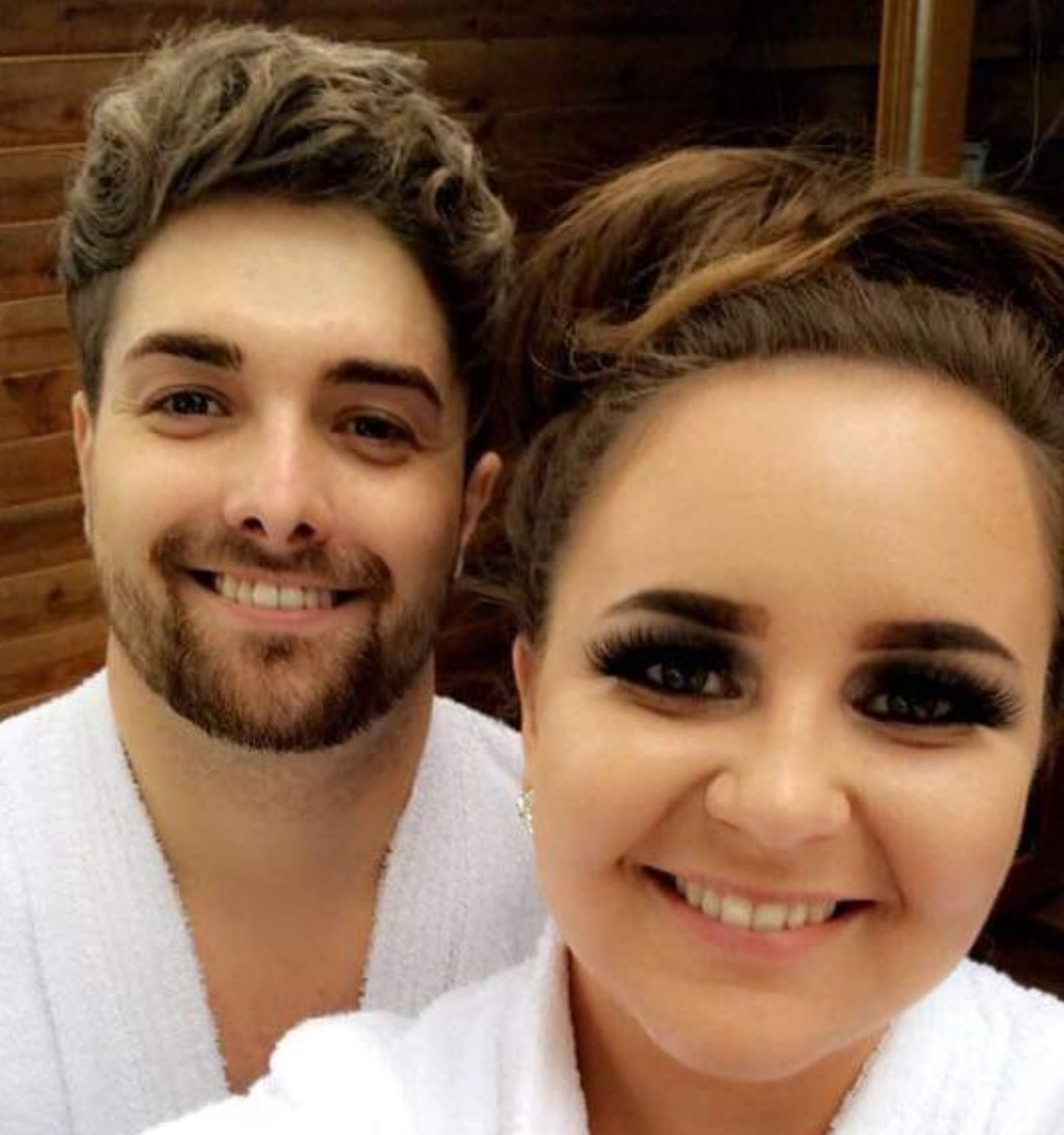 “We were both more than ready to come home.

“I’ve never booked with Tui before and definitely won't book with them again.”

Tui UK have since apologised to Luke and reassured their customers that they regularly conduct "health and safety audits including hygiene" at the hotels they feature.

A TUI UK spokesperson said: “We are very sorry to hear of the Whatley party’s experience in Bulgaria.

"When the customers raised their concerns in resort our rep worked hard to resolve their issue, however we understand this was still a disappointing experience.

"We will be in touch with the customer to apologise and offer them a gesture of goodwill. We’d like to reassure customers that we carry out regular health and safety audits, including hygiene, at all of the hotels we feature."

Sun Online Travel recently revealed how Tui was among the worst package holiday providers according to Which? Travel.

While last year, Tui Airways was named the worst airline for paying out flight delay compensation.

Previously, a family claimed they were put up in a half-built hotel that stank of sewage by Tui.