Sony will be back next month with a massive announcement about its popular Xperia brand. The Japanese technology giant has just sent out invites for a global event at this year’s MWC tradeshow in Barcelona and fans haven’t got long to wait.

The grand unveiling will take place on Monday February 24 at 8.30am local time and it could be an exciting time for anyone who loves an Xperia.

There’s no official word on what exactly will be revealed, but many are speculating that an update to the flagship Sony Xperia 1 will be shown to the world in Spain. Rumours are rife that this device will get the latest and greatest Qualcomm 865 processor, which will make it one of the first on the market to feature the superfast SnapDragon brains.

A 4K screen may also be packed inside its shell along with a new quad rear camera system. However, perhaps one of the biggest upgrades could be the inclusion of 5G mobile technology which will bring much faster downloads to these devices.

5G is the future of smartphones and it seems everyone, including Apple, will be launching these handsets in 2020.

Once connected to a 5G network, users can access files at speed of over 300Mbps which is considerably faster than current 4G. 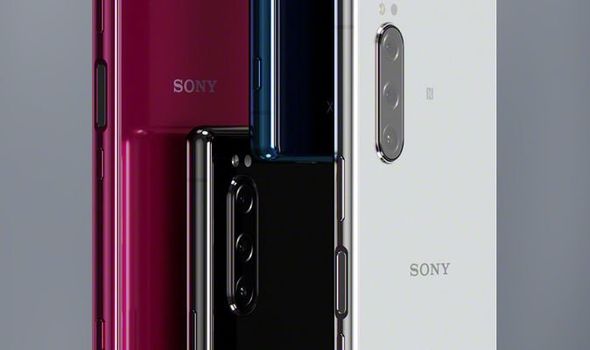 This technology also allows more people to get better downloads at the same time and should end the nightmare of desperately dismal connections at busy train stations and stadiums.

We’ll have to wait and see exactly what Sony has in store next month, but some leaked images do show another device that could also launch alongside the new Xperia 1. Onleaks has published images of a phone called the Xperia 5 Plus which appears to have a refreshed design and more cameras than the current Xperia 5.

From the front, it seems Sony has tried hard to exterminate its bezels to deliver a greater screen-to-body ratio to bring it more up to date with its contemporaries.

The Xperia 5 Plus is shown with a small bezel above its estimated 6.6-inch OLED display housing a single front-facing camera and an earpiece. It’s currently unclear if the device will house any advanced facial scanners for 3D unlocking. The phone is expected to tote dual front-firing speakers, though.

Flipping the phone over was shown to reveal a very familiar design to the Xperia 5 with a Sony logo embossed in the middle and a vertically stacked camera module on the left-hand side.

OnLeaks’ renders revealed the Xperia 5 Plus with a grand total of four cameras on its rear. While the exact function of each lens is unclear, it’s presumed the handset will follow in the footsteps of the Xperia 1 and Xperia 5 by offering a primary, telephoto and ultra wide-angle lens.

The tipster also speculated the device could come with an additional time-of-flight (ToF) module for added depth awareness. Express.co.uk will be in Barcelona and will bring you all the news and gossip live from MWC 2020.