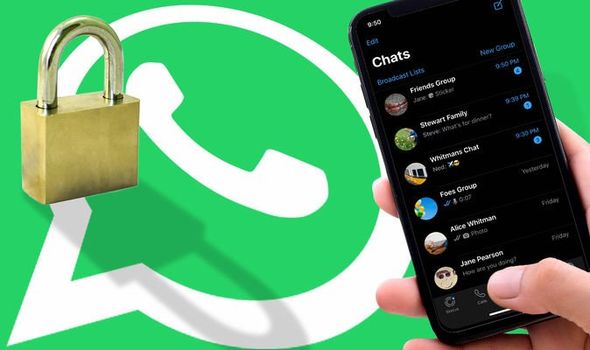 WhatsApp wants to make your conversations more secure. Starting from April 2016, all of your WhatsApp text messages, voice notes, videos and photographs have been end-to-end encrypted, which means they cannot be intercepted and decoded. Only the intended recipient is able to read the contents of your chat – not even WhatsApp is able to share the contents of your messages with advertisers or law enforcement. However, when it comes to back-ups of your private conversations… things aren’t quite as secure as you might think.

In fact, when it comes to storing all of those messages, photos, and videos that are securely sent with end-to-end encryption, WhatsApp doesn’t employ the same security techniques.

That’s exactly what WhatsApp hopes to change with a new feature, scheduled to launch later this year, that will allow iPhone and Android users to set a password for their back-ups. This extra layer of protection means the back-ups can now be encrypted – and will only be unlocked when the correct password is entered.

Twitter account @WABetaInfo, which trawls through the latest beta versions of WhatsApp to unearth details of unfinished features, shared news of this upcoming feature. After diving into the upcoming software, @WABetaInfo was able to share screenshots of what the feature might look like when it lands on smartphones in the future.

“To prevent unauthorized access to your backup, you can set a password that will be used to encrypt future backup and will be required when you restore from the backup,” one of the settings pages in the screenshot reads. “WhatsApp will not be able to help recover forgotten passwords.” 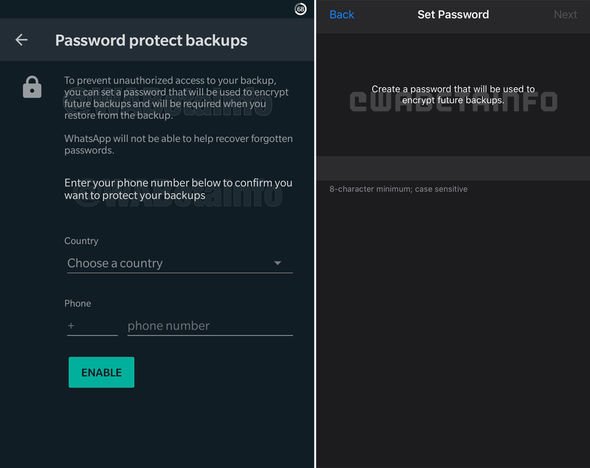 As it stands, while all communication within WhatsApp is end-to-end encrypted, the backups of your conversations are not. Instead of adding its own layer of protection, WhatsApp entrusts the company handling the online storage to handle that. Most WhatsApp users will rely on Apple’s iCloud Drive or Google Drive to store the logs of their conversations, photos, and more.

Instead of solely relying on Apple and Google to keep their files from prying eyes, this new feature would allow users to encrypt their files before uploading them. Should anyone manage to break into iCloud Drive or Google Drive – or even if you accidentally share the link with the wrong person – nobody will be able to see the contents without the correct password.

For those concerned about their text messages, photos and videos falling into the wrong hands… it’s a very useful new feature.

Although nothing is confirmed until WhatsApp itself announces the feature, @WABetaInfo has a pretty solid track record when it comes to revealing details about unannounced new features. So, there’s a good chance WhatsApp is working on this new addition, although it’s perfectly possible that it gets drops at a later date.

WhatsApp is still reeling from the backlash to its new terms and conditions, which millions saw as an attempt to share more data with parent company Facebook. That’s something WhatsApp has denied, although it pushed back the deadline to agree to the new small-print to allow WhatsApp users a little more time to think things over. Those who don’t agree to the updated privacy policy will no longer be able to send text messages or make calls using the app. Some have claimed that WhatsApp will delete your account, but this isn’t true.