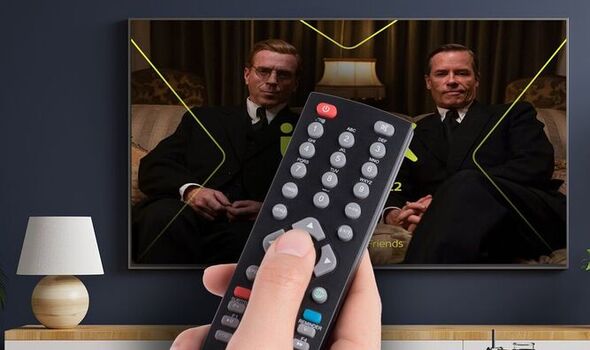 The new streaming service from ITV is available now, launching weeks before its originally planned release on December 8. The new kid on the streaming block, which offers 6,000 hours more content than ITV Hub, will air new and exclusive shows each week, features a huge back catalogue of classic ITV shows, Hollywood blockbusters plus much more – and it’s all entirely free to watch. ITV wants ITVX to become a “leader” in the British streaming space, and to fight these ambitious plans its big rival BBC iPlayer could be about to hit back with its own counter move.

It’s been revealed that the BBC iPlayer library may be about to get a huge expansion, thanks to a recent decision from Ofcom. Anyone that has used BBC iPlayer before will know that certain shows have a time limit on them and aren’t available to stream forever.

This isn’t a BBC decision, it’s because the Beeb is bound by its charter and competition concerns, Cord Busters reported. Back in 2019, the regulator gave BBC permission to keep catch-up shows on iPlayer for 12 months or in some cases longer.

The availability of older shows was still limited though. However, earlier this year the BBC revealed a proposal that would increase the number of older episodes, boxsets and films on iPlayer.

And that’s now been given the all-clear by Ofcom.

BBC iPlayer gets a modern revamp

The decision means the iPlayer library can be expanded with more boxsets of seasons that previously aired on the BBC.

This will impact returning shows, so if you’re not up-to-date on a show that’s about to start a new run you’ll have a better chance of being able to revisit previous episodes and get caught up.

With ITVX the beloved British broadcaster is shaking up how they release content. New and exclusive shows are airing on ITVX like Spy Among Friends and Litvinenko months before it’s broadcast on terrestrial channels.

While shows that do debut on linear channels on a weekly basis will have every single drop on ITVX at launch.

ITVX will also offer a wealth of other on-demand content like an evolving library of Hollywood films with over 250 movies available day one.

This includes the Back to the Future trilogy at launch and all of the Fast and Furious movies next year.

Elsewhere, ITVX will also let you watch US boxsets, animes and a massive back catalogue of classic ITV shows on-demand. While live programming will also be shown on ITVX including the on-going World Cup and big events like the Love Island final.

ITVX is an ad-supported platform that is free to watch but there is a paid plan which removes adverts and throws in a BritBox membership.