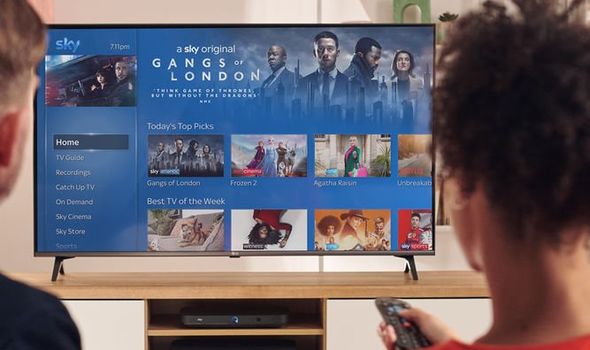 It’s not often Sky users get something for nothing but that’s exactly what’s happening from today. A whole swathe of content is launching on Sky Q and NOW (formerly NOW TV) platforms and it won’t cost a penny extra to tune in.

The update is all thanks to Roku who have just announced the launch of 23 new Originals, including four all-new premieres, which are being broadcast on its Roku Channel.

This streaming service, which launched in the UK last year, is available on all Roku devices as well as being broadcast on Sky Q and NOW.

The latest shows include new, never-before-seen series ‘Eye Candy,’ ‘Squeaky Clean,’ season two of ‘Thanks a Million,’ and ‘What Happens in Hollywood,’ with Roku promising that the shows, “will push new limits in the unscripted and documentary genres, introducing streamers to compelling shows that will shape important conversations, pull at one’s heart strings, and put viewers straight into the competition.”

Additionally, from this weekend multi-Emmy nominated ‘Mapleworth Murders’ will make its debut on The Roku Channel, where viewers can experience the award-worthy comedy of nominees Paula Pell, John Lutz and J.B. Smoove.

“While it’s only been a few months since the launch of Roku Originals, the response has been overwhelming,” said Brian Tannenbaum, Head of Alternative Programming Roku. “We’re excited to keep the drumbeat of premium series, featuring Hollywood’s top talent, available only on the Roku Channel with this next slate of original programming.”

And Roku’s Head of Scripted Programming Colin Davis continued, “Viewers will be on the edge of their seats with thrillers like ‘The Stranger’, ‘Survive’ and ‘Wireless,’ and then can laugh themselves silly with ‘Mapleworth Murders.’ These August additions continue to prove that we can offer something for everyone, and we could not be prouder for them to be devoured by the massive Roku audience.”

Here’s a full list of the new shows coming to Roku, Sky and NOW