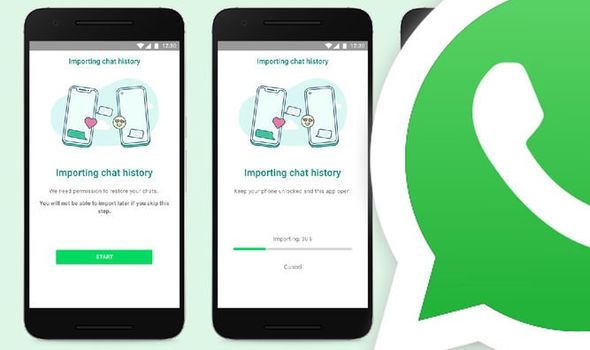 It’s been a busy month for WhatsApp. Since July, the chat app has dropped several new features – some of which users have been waiting a long time for. Here’s everything you need to know about the latest updates and upgrades which are set to make your life a whole lot easier.

Joinable calls
Rolled out in late July, this feature provides a very useful addition to video and voice calls that lets users jump into a chat after things have begun. People who miss the start of a group video conversation will be able to join at any time during the call – just like in Zoom or Google Meet – or even leave and come back whenever they like. Before this, letting a new person into a call meant hanging up and restarting the call for everyone, which was a bit of a pain.

To make it even smoother, WhatsApp added a new call info screen to show who’s already on the call and who was invited but hasn’t yet joined. Anyone who hits the ignore button when the call starts can simply join later from the calls tab in WhatsApp.

WhatsApp explained: “At a time when so many of us are apart, there’s nothing better than getting together on a group call with friends and family, and there’s nothing worse than realising that you missed a special moment.”

Smart Switch
Ever been frustrated when upgrading your phone by how difficult it is to switch between Android and iOS? The operating systems make it as much of a pain as possible to cut down on users jumping ship. However, WhatsApp has just announced a new feature to smooth the road.

Previously, there was no way to move your chat history from one system to another. Years of chat history, data and photos could be lost. But this week the Smart Switch feature made its debut to give users a simple way to backup your chat history and files and transfer them to a new phone. It will be coming to all Samsung phones that run Android 10 or higher in the next few weeks, followed shortly by all Android and iOS devices.

Multi-device support
It’s been years coming but WhatsApp users can finally use the app without needing a phone. Until now, using the app on your laptop or PC meant keeping an active connection to your smartphone – useless if your phone was lost or out of power.

Now, you can use WhatsApp on up to four devices at once as well as your phone. Even better, you don’t need to have a phone connection at all. All your messages and data including stickers, new contacts and starred messages will be shared seamlessly between devices. You can start and answer calls from any device. The company said the delay in rolling out the feature was to make sure everything stayed secure and encrypted when switching devices.

Disappearing messages
Snapchat was the first to introduce photos and videos that can only be viewed once before disappearing. Now, WhatsApp has adopted the feature with its “View Once” option. Photos and videos sent using this feature will be deleted straight after being opened and viewed. WhatsApp says the feature will be useful for sending temporary information, like passwords. It’s also handy for those who don’t want every off-the-cuff snap they send to live on forever in their friends’ hard drives.

To send one of the disappearing messages, load up a picture or video as usual. Then tap the “1” button in the lower right corner to enable View Once mode.

Finally, WhatsApp rolled out an important change to archived messages. Previously users could select to hide chats with groups or individuals from the main conversations screen. But whenever someone replied to an archived conversation, it would pop straight back up. This wasn’t ideal if you were truly trying to avoid an irritating contact – like that group chat for a stag party that’s still over a year away.

With the new update, archived chats will stay safely tucked away in their own folder, even if someone sends a new message. And it couldn’t be simpler to bring them back to the main chat screen through the Settings menu.

Phew. It’s a lot of features for a major app to roll out in the space of a month. And the Facebook-owned company might not be stopping yet. There’s rumours it also plans to address another pet peeve shared by many users – image compression. According to reports, the app is testing an option to send high-resolution images to your friends and family.