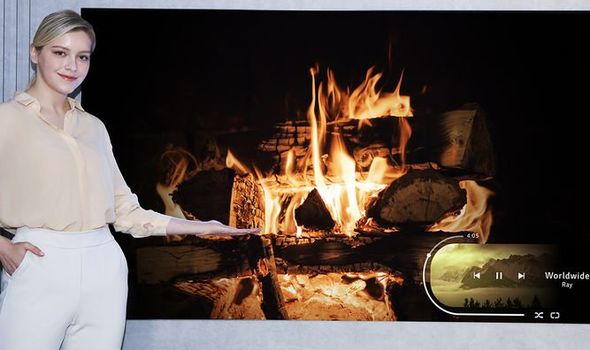 LG has just revealed the future of its TV display technology and it’s good news for consumers who fancy upgrading to an OLED television this year. The Korean technology firm says its next-generation of screens will offer improved picture quality with content appearing brighter and more vivid than its previous displays, and that’s not all. Until now, most OLED televisions came in bigger sizes which can make them much more expensive to own, but that’s about to change.

LG says it is planning to strengthen its lineup by producing 42-inch OLED TV displays starting this year. That will mean those wanting a smaller TV will finally be able to enjoy OLED technology.

Although a large majority of these stunning new screens will end up in LG TVs, the firm also supplies its OLED technology to a swathe of other companies including Sony, Hisense and Panasonic allowing more consumers to take advantage of this big-screen boost. OLED displays are considered to be superior thanks to the deeper blacks and richer colours they can produce.

They are also self-emissive as their pixels emit light and colour on their own, controlling themselves individually in a process called ‘pixel dimming’.

Thanks to this pixel dimming, OLED displays can realise brighter or darker images with extreme accuracy, resulting in superior picture quality.

There’s no word on when or who will launch smaller 42-inch OLED televisions but hopefully there will be more news and updates on this in the coming months so watch this space.

January is always a busy time for TV manufacturers with the latest and greatest goggleboxes being displayed at the yearly CES tech show in Las Vegas. Despite this year’s event going virtual due to the current health crisis, many of the big firms are ploughing ahead with their usual launches. Panasonic has already announced its new JZ2000 screen which can change settings automatically depending on what’s being viewed.

Samsung revealed its latest Neo QLED televisions will arrive with a brighter screen and a solar-powered remote control.

Sony also revealed its latest TVs which use new intelligence that mimics the human brain for the ultimate picture quality.