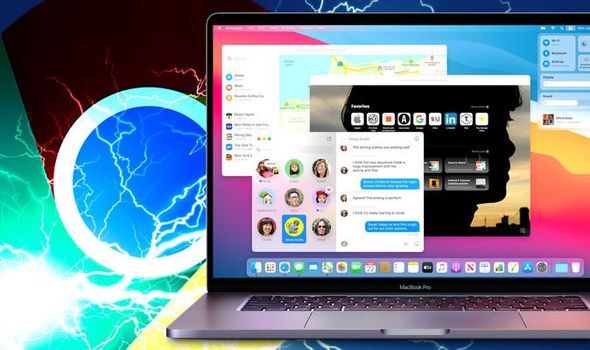 Apple has unveiled the next-generation of its Mac operating system. Dubbed macOS 11.0 Big Sur, the new update brings an all-new colourful design inspired by iOS, an overhauled Messages app with MeMoji support, faster updates from the App Store and a smarter Siri. One of the headline features announced by Apple Software Engineering Vice President Craig Federighi was a significant boost to Safari that should appeal to Chrome fans who struggle to get their MacBook battery to last through the workday.

There are plenty of reasons to love Google Chrome – it’s lightning-fast, stable, and almost every website is designed to be compatible with it due to its immense scale. Unfortunately, anyone who has used Chrome before knows that it’s a battery life hog.

So much so, Express.co.uk recently concluded that most people would be better switching from Chrome to Microsoft Edge (which uses the same underlying code and therefore boasts all the same benefits listed above) as it drastically cuts down the amount of memory and battery that it saps from your PC.

But those with Apple-branded laptops might be better off switching from Chrome to Safari when the new version of macOS Big Sur launches sometime in the autumn. That’s because one of the flagship claims about the new version of the Apple-designed web browser is that Safari will offer up to 3 hours more battery life when streaming videos compared to Chrome and Firefox.

And not only that, but browsing on any website will result in one hour more hour battery life compared to Chrome and Firefox.

READ MORE
Updating your AirPods will be essential if you own an iPhone, a MacBook or iPad 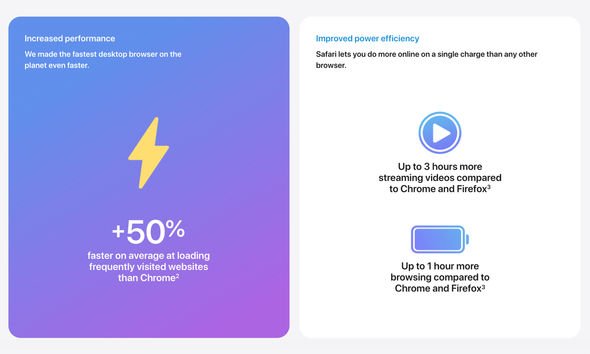 If you’re on the road all the time with a MacBook, battery life is essential. So, if switching from Google Chrome to Safari could result in up to three hours more battery – that seems like a no-brainer. And it’s not only battery life that could be boosted.

Apple claims that Safari is now 50 percent faster on average at loading frequently visited websites than Chrome when used on a Mac.

Of course, these are early days. Apple has months of beta testing still to do with its new version of macOS ahead of the worldwide launch later this year, so it’s possible these statistics will change going forward. And of course, fingers crossed that Google responds to these battery life claims from Apple by tinkering under the bonnet of its browser to make it more efficient.