If you own a Galaxy Note 10 then your shiny smartphone could soon look massively outdated. That’s because it’s been widely rumoured that Samsung is planning the release of its next-generation Note device and August seems to be month when all will be revealed. Along with the fact that the Note range is usually revealed in the summer there’s growing reports that an actual date has now been set.

According to some Korean media outlets, via SamMobile, it appears the new Note 20 will arrive in stores on August 21 with the device being shown to the world a few weeks earlier at one of Samsung’s famous Unpacked events.

In fact, speculation is growing that this online keynote will take place on August 5.

With the current health crisis still raging across the globe, it seems highly unlikely that Samsung will hold a people-packed event so, like most recent tech launches, this grand unveiling will be presented via a live stream.

So how much different will the new Note 20 be over the current Note 10? 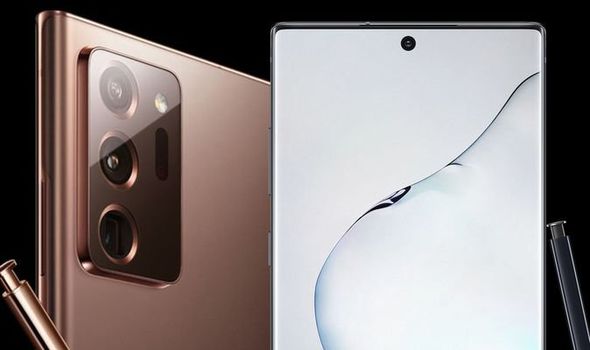 Although there’s been no official word from Samsung, a recently leaked image paints a pretty good picture of what might be coming next month.

The photo, which appeared briefly on Samsung’s official Russian website – before being swiftly deleted, clearly shows how the Galaxy Note 10 follow-up will look.

The device revealed is thought to be the more premium Note 20 Ultra and appears to be launching in a striking copper finish.

This new look certainly makes it stand out from the crowd as does the more industrial design with its sharp and defined edges.

You can also spot what seems to be a quad rear camera which could help boost the photographic credentials of the Note 20.

The famous S Pen is also revealed in the photos and gets a matching copper appearance which adds a bit of bling to this digital stylus.

There’s still no word on an exact launch date for the Note 20 but expect more news on this in the coming weeks.

If Samsung is holding a launch event on August 5 then they are almost certain to send out invites to the live stream soon.