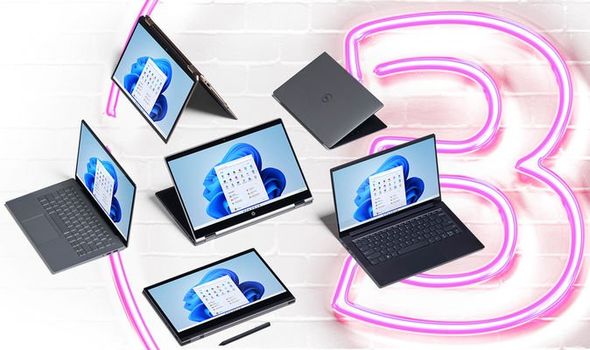 The rumours were true. After leaking a week early, Microsoft has now officially revealed its all-new Windows 11 operating system. This blockbuster upgrade will arrive on PCs in the coming months and it features some major design changes include a new Start Menu which is now centred in the taskbar. There are also new widgets that pop up to help you get to content and information faster and users will find something called snap layouts which let you easily organise all of your open windows with one click.

There’s a whole raft of updates coming in Windows 11, but most importantly, there are three features that will finally fix some major irritations of using Windows 10.

First of all, Microsoft says that it is cutting down the size of its regular updates by as much as 40 percent. That will make keeping PCs upgraded much faster with the Redmond firm saying that its updates will be more efficient as everything will happen in the background. Not only that, but those with devices with 4G and 5G mobile internet connections can keep their gadget updated while they’re out on the road.

As well as fixing the nightmare of endlessly updating PCs, Windows 11 laptop users should also see a big bump in battery life with this new OS looking set to use far less energy. Microsoft says that everything will also run faster on Windows 11, including browsing on Edge and rival software such as Chrome along with using apps such as Windows Hello.

Finally, and most importantly, Microsoft says that Windows 11 will be the most secure version of its software ever which should mean fewer attacks for users to cope with. Microsoft is boasting that Windows 11 is secure by design, with new built-in technologies that will add protection from the chip to the cloud. Windows 11 also provides a Zero Trust-ready operating system to protect data and access across devices.

Speaking about the update, Panos Panay, Chief Product Officer, Windows + Devices said: “Windows has always existed to be a stage for the world’s innovation. It’s been the backbone of global businesses and where scrappy startups became household names. The web was born and grew up on Windows. It’s the place where many of us wrote our first email, played our first PC game and wrote our first line of code. Windows is the place people go to create, to connect, to learn and to achieve – a platform over a billion people today rely on.

“What was so powerful was the shift in the PC we saw and felt – from something practical and functional to something personal and emotional. This is what inspired us as we were building the next generation of Windows. To build you a place that feels familiar, where you can create, learn, play and most importantly, connect in all new ways.

“Today, I am humbled and excited to introduce you to Windows 11, the Windows that brings you closer to what you love.”

Windows 11 will launch later this year.