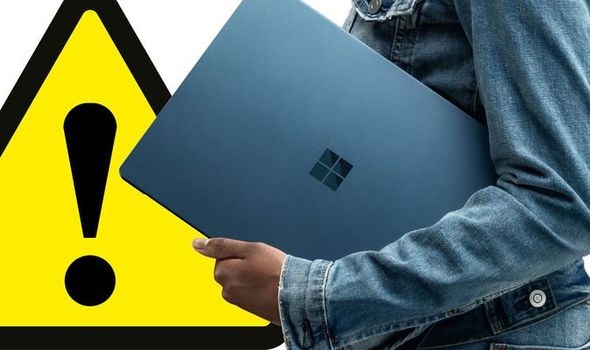 The Redmond-based company has revealed that, starting from early August, Windows 10 will begin automatically block unwanted software lurking on your machine. These type of programmes, known as PUAs, aren’t malware as such, but can incredibly harmful to your Windows 10 device. These apps usually come loaded with adware, which can slow down the performance of your PC.

Other type of PUAs include torrent miners, marketing software, and bundling software. The pesky apps usually come bundled in with another app downloaded by a Windows 10 user.

Thankfully, Microsoft are now taking steps to address this big frustration for Windows 10 users. As reported by Windows Latest, the optional PUA blocking feature added with the May 2020 update will – going forward – be enabled automatically.

This will affect those running Windows 10 version 2004 or newer.

In a support document, Microsoft explained: “Potentially unwanted applications (PUA) are a category of software that can cause your device to run slowly, display unexpected ads, or at worst, install other software which may be more harmful or annoying. PUA isn’t malware, but it is software that you often don’t need and probably don’t want.

“In the Windows 10 May 2020 Update we added Potentially Unwanted App blocking for everyone running Windows 10, but customers who wanted to use it still had to turn it on. Starting in early August 2021 we’ll begin turning it on by default to make it easier for you to keep your systems performing at their best.”

While the feature brings with it a welcome security boost, Windows Latest claims there is a chance legitimate apps could end up being flagged as unwanted.

If that’s the case, you’ll be able to disable the feature in the Settings menu. To do this, first open the Start Menu and then search for Settings.

You’ll then have to choose Update & Security and then select Windows Security. With the left sidebar options head to the App & browser control tab. Then, find ‘Reputation-based protection settings’ and then toggle ‘Potentially unwanted app blocking’ to enable or disable it.

Besides blocking apps, Windows 10 can also block the downloading of PUAs. However, this feature only works with the Microsoft Edge web browser, with those who use Google Chrome left behind.