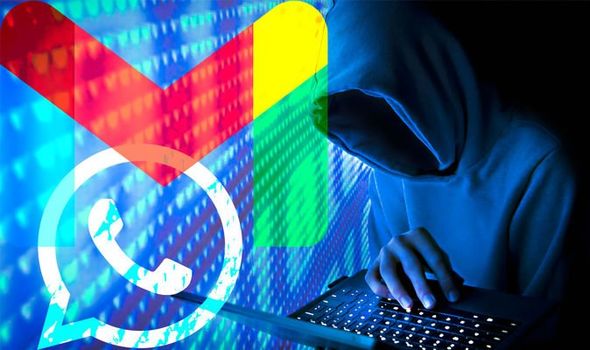 Gmail, WhatsApp and Facebook users have recently been placed on red alert about a troubling new security threat. It’s been claimed a mysterious surveillance firm has found a reliable way to break into some of the most popular encrypted smartphone apps used by millions. Apps purportedly targeted by the secretive start-up include Gmail, WhatsApp, Facebook, Messenger and Signal.

The firm behind this new piece of spyware is called Paragon Solutions, according to Forbes.

Hardly anything is known about this company, which only employs around 50 members of staff and doesn’t have a website. However, sources have claimed one of Paragon’s products lets people break into encrypted instant messaging apps remotely.

And the spyware allegedly offers long-lasting access to a targeted device, even after it’s been rebooted. Thankfully, Paragon reportedly doesn’t have any customers at the moment.

And everyday smartphone users have been reassured that, despite the frightening power of the spyware, they won’t be on hackers’ radar.

Speaking exclusively to Express.co.uk, Jake Moore – the spokesperson for ESET and a cyber security specialist – said targets are likely to be high-profile targets such as members of government.

Moore said: “Hot on the heels after NSO Group’s Pegasus spyware situation, many people are understandably concerned with the security and privacy of their data and communications.

“Newer, stronger surveillance tactics such as Paragon are increasingly invasive and more difficult to protect from but luckily due to their expense, they are often used only only by nation state attackers to target members of governments, journalists and high profiles victims.”

The ESET spokesperson did offer some easy-to-follow advice for how all smartphone users can stay safe from such threats.

Moore added: “Potential victims need to keep apps to a bare minimum on any secure device and used only for such communications. They must also attempt to only release this phone number to chosen contacts.

“The majority of these attacks are due to being sent a message to the device via the number associated with them which leaves them vulnerable to highly targeted and sophisticated attacks.”

The news about Paragon emerged after alarm bells were also raised about the Pegasus spyware last month.

This spyware, which like with Paragon is the work of an Israel-based firm, has allegedly been used to target high-profile figures such as French president Emmanuel Macron.

Pegasus is malware that can attack iPhone and Android devices to extract photos, emails, covertly activate microphones and record calls.

The spyware is the work of Israeli company the NGO Group. Its CEO, Shalev Hulio, has denied his firm was involved in any attempts to hack French officials.