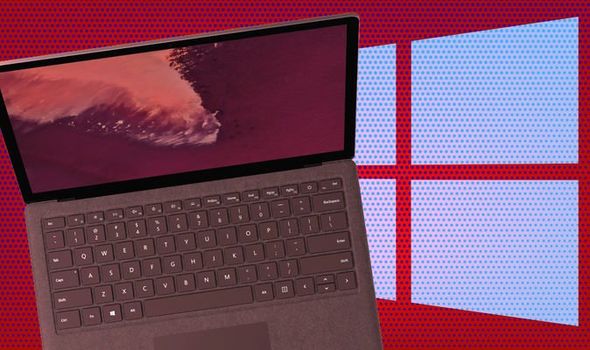 Microsoft has some dramatic changes up its sleeve for the next version of Windows 10. But while some will use the latest improvements everyday, others are unlikely to even notice the tweaks. That’s because Microsoft is set to focus on the built-in touch keyboard available in the operating system – the only way to input data into forms when using a tablet, or two-in-one (like the Surface Go 2) without the optional keyboard accessory.

The updated touchscreen keyboard, which surfaces whenever you tap on a text field, looks set to leverage all of the work the Redmond-based company has done on its all-new Windows 10X. The latter was originally announced as an all-new operating system optimised for dual-screen gadgets, like the Surface Neo, but has since had its ambitions scaled back to existing hardware following the delay of the Neo.

The upgraded touch keyboard, which will be available in both Windows 10X and Windows 10, includes new animations for new key presses, sound effects, and the ability to search for and insert animated GIFs into your messages, the Redmond-based frim confirmed in a blog post.

Equally important as a choice GIF are emojis. Thankfully, Microsoft has updated its emoji picker in the Windows 10 keyboard. The carousel of emoticons is activated when you press the winking symbol + period. The design has been brought into line with the new Fluent Design language being rolled out across the operating system (including the all-new Start Menu).

The new panel, with its stylish translucent look, includes a dedicated emoji search, animated GIF support (honestly, Windows 10 users have no excuse not to include a GIF with their text messages or emails from now), as well as clipboard history. The latter will allow you to travel back in time and copy previously copied text, images, URLs, and more. This means you won’t have to constantly switch back-and-forth between two apps to copy-paste multiple links from the same document.

READ NEXT
Windows 10 slowed down your PC? Microsoft needs help to find a fix 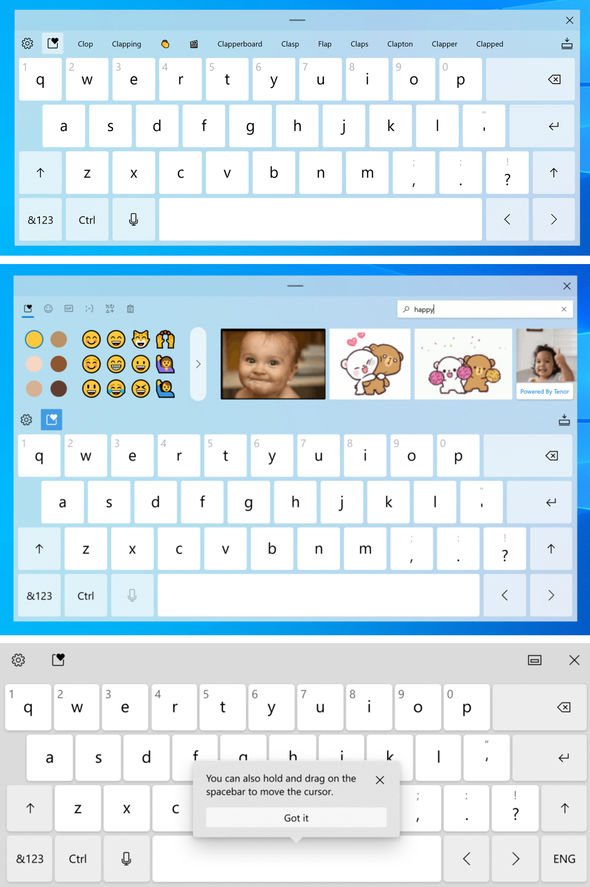 Alongside the improvements to the keyboard, Microsoft has also announced a new form of dictation for the operating system.

Dubbed Voice Typing, the interface has been overhauled to include a more modern design. From now, Microsoft will be able to automatically add punctuation to your dictations – so you won’t have to awkwardly add “comma” and “full stop” in the middle of your thoughts.

There’s a redesigned backend to power the improvement dictation system, which Microsoft now promises is “the most reliable voice typing experience ever on Windows.”

All of these new Windows 10 changes are currently in beta testing. Microsoft recently simplified the tiers available to those who want to test the latest Windows 10 features before anyone else, so it might be worth checking out if you’re interested.

If not, these new improvements are tipped to make their way into the first blockbuster update planned for Windows 10 next year. That means tablet owners will be waiting until the first half of 2021 to use the new-look keyboard, improved emoji picker, clipboard history and dictation.