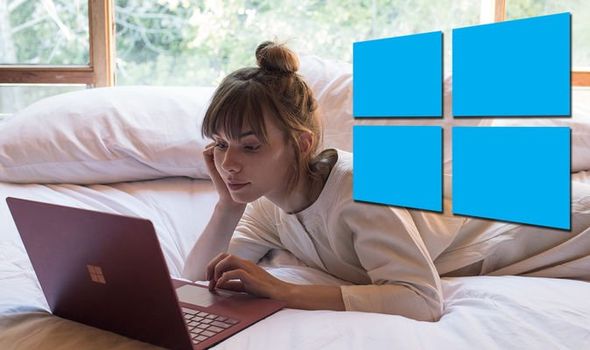 Windows 10 May 2019 Update is most notable for the vast array of features it brings to the table.

Chief of these is a new piece of software called Windows Sandbox that allows users to run an isolated desktop environment to test “untrusted” apps.

The May 2019 Update also separates Cortana from Search, changes how Windows 10 manages storage and is capable of removing buggy updates.

While the new Microsoft upgrade is incredibly tantalising, some fans that have been wanting to obtain it have not been able to do so.

With previous updates from the American tech giant, no explanation had been provided if it had not been available to download after users headed to their device’s “Windows Update” section in Settings.

But, as noted by Windows Latest, Microsoft now appears to be issuing messages within the Windows Update page alerting users as to why they are unable to get the latest software.

The outlet showed a screenshot from one of their test devices displaying the prompt.

“We’re offering this update to compatible devices, but your device isn’t ready for it.

“Once your device is ready, you’ll see the update available on this page. There’s nothing you need to do at this time.”

When questioned on its new prompts from ZDNet, Microsoft confirmed they have been introduced to “improve the quality/transparency of the Windows update process”.

Microsoft typically rolls out its new software gradually and it appears to be doing the very same with the May 2019 Update.

But, as noted in the message above, users that are unable to obtain the new operating system will have to wait patiently until it is made available for them. 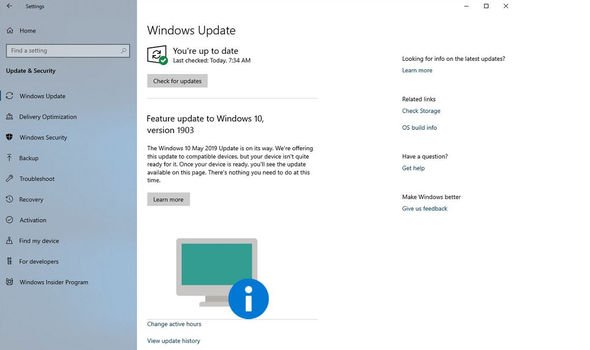 It was noted “machine learning” would be harnessed to push updates to devices running the older operating system.

Microsoft stated: “We are now beginning to build and train the machine learning (ML) based rollout process to update devices running the April 2018 Update, and earlier versions of Windows 10, to ensure we can continue to service these devices and provide the latest updates, security updates and improvements.”

It is unclear when Windows 10 users will start to receive automatic updates.