Your next Windows 10-powered PC could not only be a whole lot faster but also more affordable thanks to a big update that has jst been announced. US technology firm Qualcomm is no stranger to bringing its processor technology to laptops but now it’s launching a new set of chips which look set to offer a serious boost in performance whilst keeping costs low.

The new Snapdragon 7c and 8c were announced during the firm’s Tech Summit in Hawaii and now join the previously announced Snapdragon 8cx.

The new Snapdragon 7c chip will offer an upgrade to entry-level devices with Qualcomm boasting that it will bring a 25 percent boost in system performance and up to twice the battery life vs. competing platforms.

The advanced 7nm Snapdragon 8c processor will boost things even further by offering a performance upgrade of 30 percent over the Snapdragon 850.

The 8c is purpose-built with the instant-on responsiveness and multi-day battery life of a smartphone, its integrated Snapdragon X24 LTE modem enables multi-gigabit connectivity speeds for seamless cloud computing.

JUST IN: Android boost: Qualcomm Snapdragon 865 revealed and expect to see it power your next phone 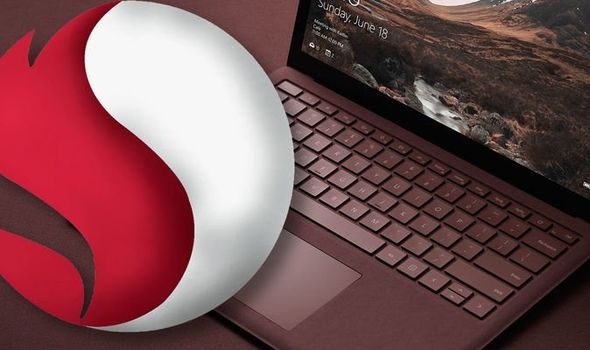 And its Qualcomm AI Engine dedicates six TOPS to accelerate machine learning applications, while the powerful GPU provides stunning graphics, all in an ultra-thin, fan-less design optimized for mainstream use.

“The mobile-first consumer wants an experience on par with a smartphone, and we have the innovation, the inventions and the technology to enable this experience for customers across price points.”

There’s no word on which manufactures will begin shipping PCs with these new processors but expect more news on that in the coming months.

It’s been a busy few days for Qualcomm with the company also announcing its new Snapdragon 865 chip for smartphones.

These new brains, which are around half the size of a penny, will replace the current the 855 as the firm’s flagship processor and will bring better speeds, improved battery life and the ability to offer better gaming and photography.

There’s no word on a full list of devices will get this upgrade but most manufacturers use Qualcomm’s chips so expect Samsung, LG, Sony and OnePlus to announce news about this upgrade in the coming months.

One firm that has announced its plans for the latest Qualcomm upgrade is Xiaomi who revealed its Mi 10 device will be powered by the 865.

Oppo has also joined Qualcomm’s Tech Summit to announce that it will be launching a device in the first part of 2020.