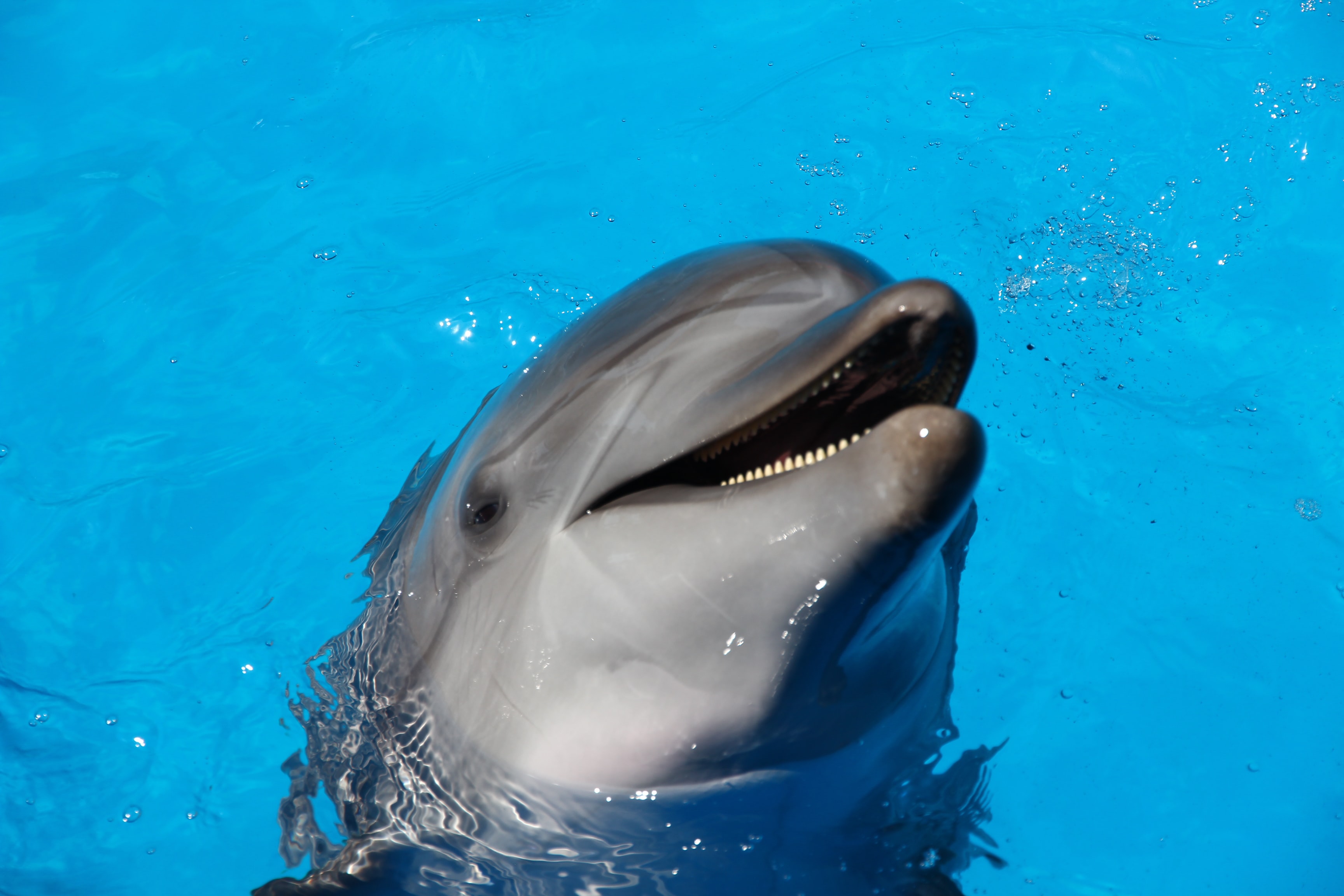 A wild dolphin in Scotland has been observed ‘talking’ to porpoises in a rare instance of cross-species communication.

Kylie, a lone dolphin living in a restricted area within the Firth of Clyde, has been seen interacting with harbour porpoises.

New research published in Bioacoustics this January suggests Kylie might be trying to speak ‘porpoise’ by using high-pitched bursts of clicks to communicate.

Common dolphins usually communicate with a range of clicks, whistles, and pulse calls.

Recordings from 2016 and 2017 were used to study her acoustic behaviour when seen alone and with a porpoise.

David Nairn, founder and director of Clyde Porpoise, a local organisation devoted to researching and protecting marine mammals, captured audio of multiple encounters between Kylie and porpoises from 2016 to 2018.

‘She definitely identifies as a porpoise,’ says Nairn, who trained as an aquatic biologist in college.

While dolphins whistle almost constantly, porpoises never do. Instead, they communicate exclusively with what are called narrow-band, high-frequency (NBHF) clicks.

Mel Cosentino, a Ph.D. candidate at the University of Strathclyde in Glasgow who studied the recordings said that Kylie talks like a porpoise even when she’s alone.

The researchers also found that Kyle never whistles, as other dolphins do.

Cosentino also observed that the exchanges between Kylie and the porpoises were more like a ‘conversation’ between members of the same species but it’s unclear if they understand each other.

‘It still looks like she’s struggling’ to get as high-pitched as the porpoises’, added Cosentino. ‘The peaks on her clicks aren’t as crisp as they should be, and there are some lower-frequency sounds mixed in with the high notes,’

‘It might be me barking to my dog and him barking back,’ Cosentino says.

However, the ‘porpoises probably recognise’ Kylie’s behaviour as ‘an attempt’ at communication according to Herzing, who has studied dolphins in the Bahamas for more than three decades.

Both dolphins and porpoises are marine mammals that have been observed to be capable vocal mimics in captivity notes Herzing.

However, Kylie’s tendency to speak ‘porpoise’ even when alone draws into question if she’s clicking to communicate with the porpoises or just mimicking the sound.

Dolphins, porpoises, and whales are all cetaceans, descendants of land-dwelling mammals that made their way back to the water over millions of years. As they re-adapted to life in the ocean, ‘evolutionarily, the nostrils became the blowhole’, said Cosentino.

Besides attempts at communication, Kylie seems close to porpoises in other ways. On multiple occasions, Nairn has reportedly seen female porpoises bring their young calves to meet Kylie.

Nobody knows where Kylie came from, or exactly why dolphins end up alone, says Nairn.

Ever since a week of intense storms in February 2021 caused a massive drilling ship to become unmoored near her favourite buoy, Kylie has been missing.

Nairn and his colleagues plan to look and listen for Kylie as soon as the spring field season begins.