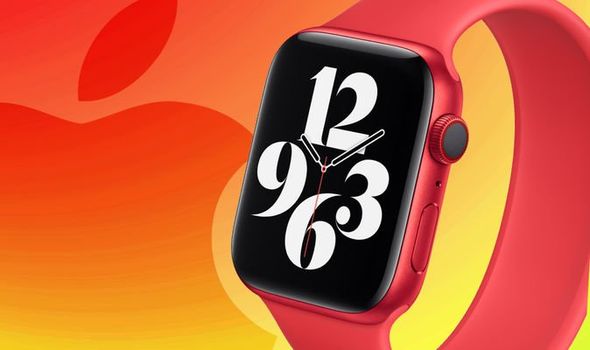 Apple held its annual September showcase last week, where the Californian firm unveiled two new Apple Watch models, a slightly-tweaked iPad, and an overhauled iPad Air with (almost) all of the best iPad Pro features for a fraction of the price. There was also an Amazon Prime-style subscription service announced.

Apple Watch Series 6 is, unsurprisingly, the follow-up to Apple Watch Series 5 from last year. It keeps the always-on display introduced with its predecessor (so you can sneakily check the time without flicking your wrist to wake-up the smartwatch) but increases the screen brightness. There’s also blood oxygen measurements for the first time to help track your fitness levels and an always-on altimeter to record your hikes in greater detail. Series 6, which also ships in all-new Blue and Product (RED) finishes for the first time, replaces Apple Watch Series 5 in the line-up.

Apple has also dropped the price of the new wearable, which now starts from £379 instead of the £399 starting price seen with the Series 5 last year. Since Apple no longer sells the Series 5 in its retail stores, the only way to get your hands on this out-of-production smartwatch is by checking with online and high street stores with leftover stock. But while this can sometimes be a surefire way to get a great deal – don’t buy an Apple Watch Series 5 anytime soon! 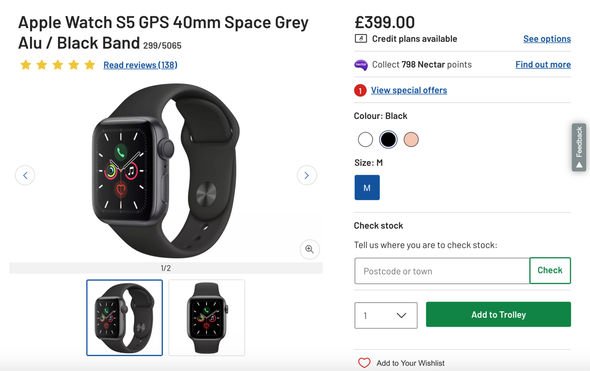 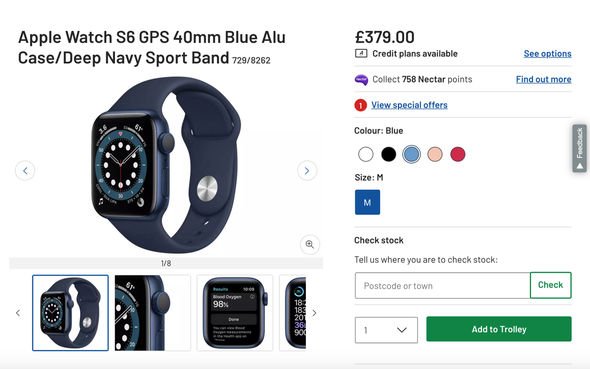 That’s because a number of popular retailers, including Argos and Currys PC World, are still selling the Apple Watch Series 5 for the same £399 starting price as when it was announced last September. Bafflingly, these same retailers are already stocking the successor to the Series 5 – with the improved touchscreen, blood oxygen tracking and new colours – for £20 less.

Unless the Apple Watch Series 5 drops in price substantially as retailers try to shift the remaining few units in warehouses, there’s absolutely no reason to pay more than the next version of the best-selling fitness-focused watch range.

And if you’re looking for a good deal, the newly-launched Apple Watch SE (the second new model announced at the Apple event last week) could be a good option. In a nutshell, this is an Apple Watch Series 5 with the electrocardiogram (ECG) and always-on display technology stripped-out to lower the price.

While it still packs the same design, screen sizes, two-day (ish) battery life, workout and sleep tracking as the Apple Watch Series 6, it starts from a more reasonable £279. Apple still sells the Series 3, which first launched in 2017 and has a smaller display size than the other models in the line-up, starting from £199.