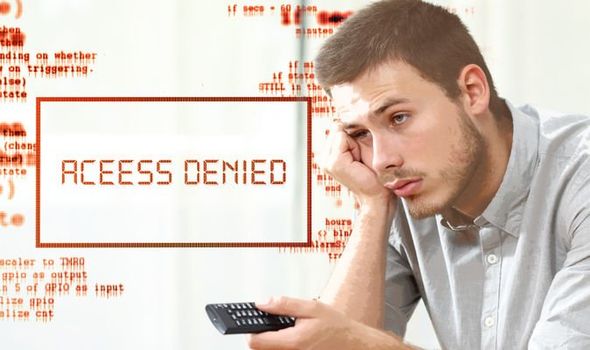 HBO Max is coming to a number of countries across Europe from October 26 …but viewers in the UK will miss out. The streaming service, which rivals the likes of Netflix, Disney+ and Amazon Prime Video, includes access to more than 10,000 hours of award-winning shows, including hits like Succession, Game Of Thrones, Mare Of Easttown, The Wire, and The White Lotus.

If any of those titles sound familiar, it’s likely because they’re some of the headliners found on Sky Atlantic in the UK.

Sky Atlantic is a channel available on Sky Q and Sky+ HD boxes, as well as streaming dongles, Smart TVs, and consoles with a NOW (formerly NOW TV) app. Sky Atlantic is a linear channel, although previously aired episodes are available as on-demand boxsets for those who prefer to binge. While a number of other services carry Sky channels – the complete Sky Cinema and Sky Sports line-up is available on Virgin Media boxes, for example – Sky Atlantic is never available elsewhere. It remains exclusive to the satellite company’s own services.

That’s because the HBO created shows that air on Sky Atlantic are usually some of the most talked-about and critically-acclaimed series on the small screen each year. From the record-breaking viewing figures of Game Of Thrones, to the armfuls of awards collected by shows like Band Of Brothers and Barry, HBO has some serious clout when it comes to quality telly.

Those who want to catch-up on these shows, as well as recent Warner Bros films like Wonder Woman 1984 and The Conjuring: The Devil Made Me Do It, will soon be able to stream it all via HBO Max for a flat monthly fee. The streaming service will launch in Andorra, Denmark, Finland, Norway, Spain and Sweden from October 26, 2021. An extra 14 European countries will get their hands on the service in 2022.

And what about in the UK?

Well, anyone who wants to watch new episodes of Last Week Tonight With John Oliver, Succession, or the upcoming Sex And The City reboot And Just Like That…, and the forthcoming second series of The White Lotus will need to subscribe to Sky Q or NOW for the foreseeable future.

Time Warner CEO Jason Kilar has already confirmed that HBO Max can’t launch in the UK, Germany or Italy as a result of HBO material and a number of Warner Bros content already being licensed completely to Sky until 2025 at the earliest.

It’s unclear whether Sky and HBO will renew their partnership before the 2025 deadline arrives, or whether this is the last time the biggest US shows will be exclusive to Sky and NOW viewers in the UK. With the launch of Disney+ in the UK, Sky viewers saw a number of on-demand shows vanish from its line-up. Children’s broadcast channels, like the Disney Channel, DisneyXD and Disney Junior, disappeared from Sky and now appear exclusively on Disney+.

But while these channels are no longer part of Sky Q viewers’ subscription, Disney+ is available to stream from your set-top box. Better yet, the on-demand subscription service is deeply integrated into the Sky Q menu, so searching for a movie or actor will surface results from the Sky Q and Disney+ catalogue side-by-side. That should stop you renting a film from the Sky Store that happens to be included in your monthly Disney+ subscription.

There’s never been a better time to upgrade your telly. You can unlock the biggest channels on Sky Q, including Sky Atlantic, MTV, and Sky Sports News, as well as a Netflix subscription for £25 a month. Given that Netflix alone will cost you £10 a month, this deal on the full Sky Q kit is pretty special. There are also some great deals to add Sky Sports and Sky Cinema too!