After months and months of waiting it seems WhatsApp has finally released its all-new dark mode feature. This popular addition has been rumoured since last year but it appears fans will finally get a way to change the look of the chat app.

According to the ever-reliable team at WAbetaInfo, WhatsApp has begun pushing out this major upgrade to some users with the mode instantly turning the display to a darker shade and messages then appearing in bright white.

For those that have managed to install this update, it seems there are two ways of activating it.

If you already have your phone switch to dark mode then WhatsApp automatically follows this colour scheme – for those who don’t want everything looking dark, there’s also a manual way to switch on the mode.

This is exciting news for WhatsApp fans as this is one of the last Facebook-owned apps not to feature the ability to turn to the dark side.

Sadly, if you’re hoping to head to the settings menu on your smartphone to enable this feature then you’re going to be disappointed.

This update is only currently available for those who are part of the WhatsApp beta programme so you’ll need to use that top trick before you can gain access. 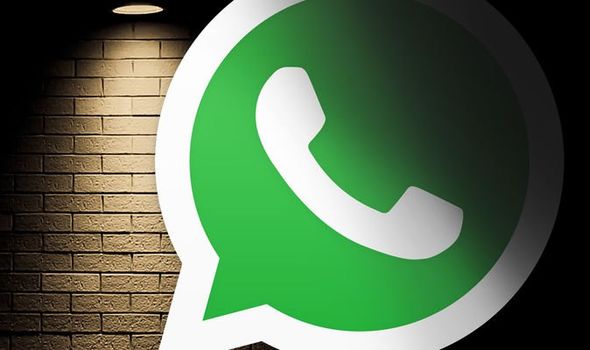 There’s no word on when dark mode will officially release across the world but, with beta users getting it on their phones, a full rollout can’t be far away.

It’s also worth noting that this update is currently only available for Android phones which could show that WhatsApp will be updating these first.

The Facebook-owned firm often release updates for one platform before the other and it could be that Android owners are the lucky ones when it comes to Dark Mode. 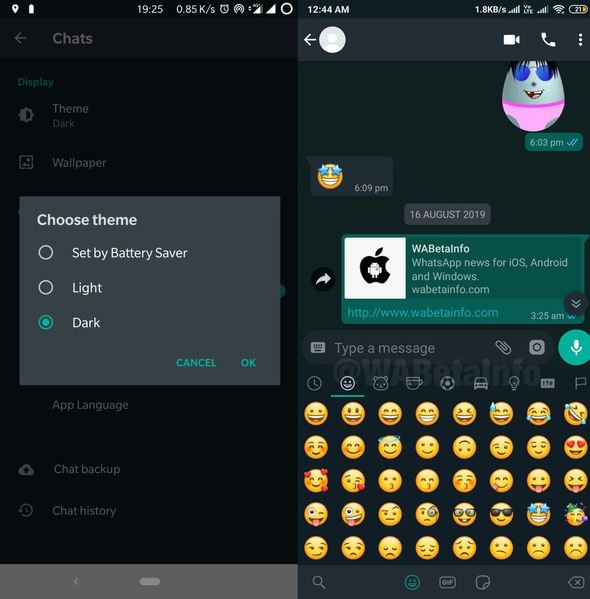 Although dark mode will be a welcomed addition there is a new design change that might not go down so well.

A recent upgrade now means users get a Facebook logo appearing in the lower third of the screen whenever they launch WhatsApp.

“From Facebook” it announces in block capitals – showcasing the new corporate logo in a fetching shade of green.

The addition of the Facebook logo – and the increased awareness of the sheer scale of Facebook’s reach – might not be the best move from the company.

After all, thousands of users are abandoning their profile on the sprawling social network, mostly younger users. According to Cork-based Mulley Communications, the only age demographic not fleeing Facebook is the 50 and older age category. Its research found that 200,000 users within the 13-35 age category left within the last twelve months in Ireland alone.