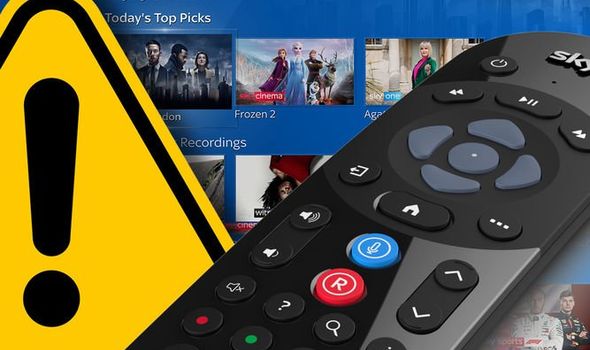 There’s no getting away from the fact that subscribing to services such as Sky, Virgin Media or BT TV isn’t cheap. If you want to watch movies and sports on Sky you’ll probably face a monthly bill of around £50 per month.

This price may sound expensive but a new warning could prove why it’s not worth taking the risk of opting for illegal streaming services which offer cut-priced, or even free, TV.

Norfolk and Suffolk Constabulary have just sent out letters to thousands of consumers believed to have been using an illegal TV streaming service.

The warning, which was issued by Norfolk and Suffolk Constabulary Cyber, Intelligence and Serious Organised Crime Directorate, has been issued to subscribers of a service called GE Hosting.

This service sold subscriptions to thousands of TV users with a small fee then giving them access to content including live Premier League football, blockbuster movies and even premium Pay Per View events.

Those who subscribed have now been told that their actions are a crime which carries a maximum sentence of up to five years imprisonment and/or a fine, and consequently results in a criminal record.

Although the letter states that it is not notification of current Police action or the beginning of an investigation against the user it is a formal cease and desist notice, requiring those who receive it to stop the streaming of the illegal service which has constituted an offence.

The letter states, “Subscribers shall be monitored and the police reserve the right to proceed to investigation and prosecution should you ignore the contents of this letter.

“If this type of unlawful activity continues then you will receive no further warnings before criminal enforcement is taken. This letter should therefore not be read as precluding enforcement if you fail to heed this cease and desist letter.

“The fact that this letter was sent to you could also be cited in future criminal proceedings.”

Police are believed to have obtained the list of subscribers to the service after having carried out a warrant earlier this year.

On June 30 officers arrested a man in connection with suspected illegal streaming of premium TV channels and other copyrighted material. The

service was allegedly being distributed to tens of thousands of customers before being shut down by officers.

Speaking about the latest crackdown, Kieron Sharp, CEO of FACT, said: “This is a hugely significant step by Norfolk and Suffolk Constabulary and one that has our full support.

“It sends a really clear message to those facilitating this illegal activity and additionally to those choosing to consume content in this way – users of illegal services are accountable for their actions and they will be pursued. “This will be an alarming wake-up call for people who use illegal streams. No one wants the police knocking on their door.”

“The running of illegal streaming services is a serious crime and by paying for these services consumers are giving their money directly to criminals. “This is not a grey area. Piracy is illegal and you run the risk of prosecution and a criminal conviction.”