Virgin Media has announced some sweeping changes to its popular TV and broadband service which should make things faster and, in some cases, cheaper. There’s a swathe of updates including better broadband speeds for some customers and an easier way to customise your TV channels.

There’s even a price cut to Virgin’s supercharged Gig1 broadband and longer-term contracts are being introduced to help users save money.

So if you’re an existing or new customer here’s everything new from Virgin Media.

Virgin is finally making its 500Mbps broadband available to everyone. Until now, you need to subscribe to the premium Ultimate Oomph bundle to get these speeds but that’s all changed in this update.

Virgin says that, from today, new and existing customers can take its M500 Fibre broadband with any package. That means you can simply take out broadband-only or add these upgrade to any TV and phone bundle. 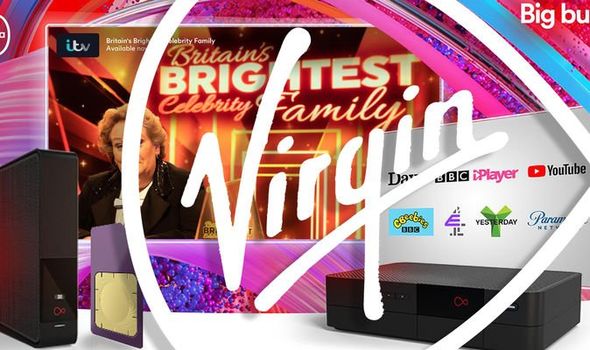 Virgin is boasting that M500 – which has an average download speed of 516Mbps and an average upload speed of 36Mbps – is seven times faster than BT and Sky’s fastest widely available speeds.

“We’re adding the racing stripes to our entire bundle line-up by making our M500 Fibre broadband available with all of our packages,” said Jeff Dodds, Virgin Media’s Chief Operating Officer.

“It means our customers can live life in the fast lane and do everything they want online.

This ultimate service is already available across Birmingham, Coventry, Manchester, Reading and Southampton and now it’s getting a cheaper price.

That means those lucky enough to have it in their street can subscribe from £64 per month – saving £3.

Until today, most Virgin Media users could only sign up to a new deal for 12 months. That meant, after a year, the price would shoot up to the firm’s standard rates. Most other suppliers, including Sky and BT, offer 18 months contracts and now Virgin is doing the same.

This change basically means customers can benefit from discounted prices for longer.

Another change to contracts is that customers can now get even more value with Virgin Media’s Oomph bundles.

These combine ultrafast broadband and a mobile SIM in one package.

From £8 extra per month, a customer can take a SIM and boosted broadband speeds – which are faster than those included as standard in Virgin Media’s cable bundles.

As part of its new bundle line-up, Virgin Media has more than doubled the mobile data allowance that is available with many of its Oomph SIMs.

And customers who have already signed up to an Oomph bundle with either a 2GB, 5GB or 15GB of mobile data can more than double their data allowance by moving to the equivalent SIM in the new bundle line-up – without needing to re-contract, and at no extra cost.

If you’ve splashed out on Virgin’s Ultimate Oomph there’s more good news as the firm is boosting broadband speeds from M500 to M600 at no extra cost when the speed tier becomes available.

That means you’ll be able to download a movie in under two minutes.

The Picks are available with Virgin Media’s Big bundle where customers can pick and mix a variety of channel packs – from entertainment and lifestyle, to drama, documentaries and sport. Picks can be added to a bundle instantly, and customers have the flexibility to remove them by simply giving 30 days’ notice.

Jeff Dodds concluded: “Our Personal Picks offer the best way to watch the best TV on a budget – where you’re in control of what’s on the box – with the freedom to add Picks whenever you want and the flexibility to change them each month.

“So if you fancy Family Guy on Fox, want to dive in to the Deadliest Catch on Discovery or want to be entertained on E! by the Kardashians, you can pick and mix your Picks and build a top telly line-up.”