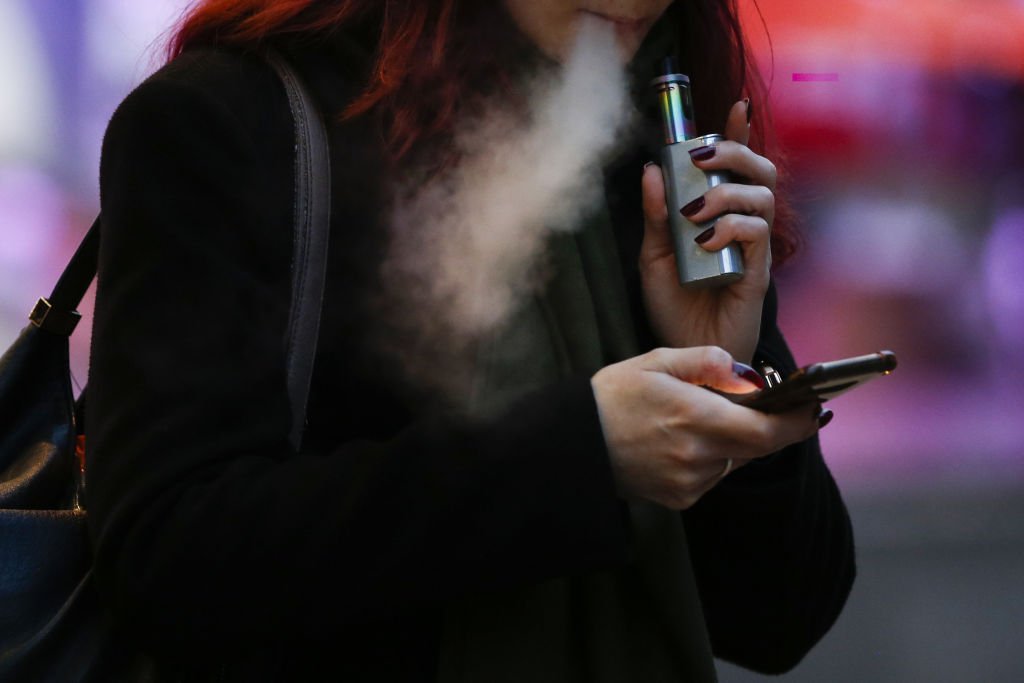 Vaping could cause brittle bones, according to new research.

People who use e-cigarettes are more prone to fractures, warn scientists.

Lead investigator Dr Dayawa Agoons said: ‘To our knowledge, this is the first study to investigate the relationship between e-cigarette use and fragility fractures.

‘It fills an important knowledge gap given the increasing popularity of e-cigarette use and the significant economic burden and known morbidity and mortality associated with osteoporotic fractures.

‘Our findings provide data to inform researchers, healthcare policy-makers and tobacco regulators about the potential association of e-cigarette use with reduced bone health.’

Participants were also asked if they had ever suffered a hip, wrist or spinal fracture from a minor fall, such as tripping over.

The injuries were 46 per cent more common in those who had ever used the devices.

Dr Agoons, of Pittsburgh University in Pennsylvania, said: ‘In my outpatient clinic I saw a patient after surgery to repair a hip fracture.

‘She was a smoker and used e-cigarettes as an aid to quit smoking.

‘I realised there was a knowledge gap in the literature on the potential relationship between e-cigarettes and fragility fractures and decided to conduct this study.’

Since their introduction more than a decade ago, e-cigs have become particularly popular among young people and have been marketed as a healthier alternative to conventional smoking.

Dr Agoons and colleagues identified a significantly higher rate of ‘fragility fractures’ among the 1,050 vapers.

This was compared with the 4,519 participants who had never used e-cigs.

There was also higher prevalence in those vapers and conventional smokers than only the latter.

The study, published in the American Journal Of Medicine Open, suggests young e-cig users are increasing their risk of osteoporosis decades later.

In the UK, more than one in three 15-year-olds have used the devices, and it is estimated one in nine aged 11 to 17, although it is illegal to sell them to under-18s.

Public Health England — as it was called before it changed to the UK Health Security Agency (UKHSA) — has repeatedly endorsed the devices. But other experts are worried about safety concerns and their use by young people.

Vaping has been linked to 200 health problems including heart disease and pneumonia.

In August, another US team found vaping just once could damage cells, increasing the risk of cancer and other life-threatening illnesses.