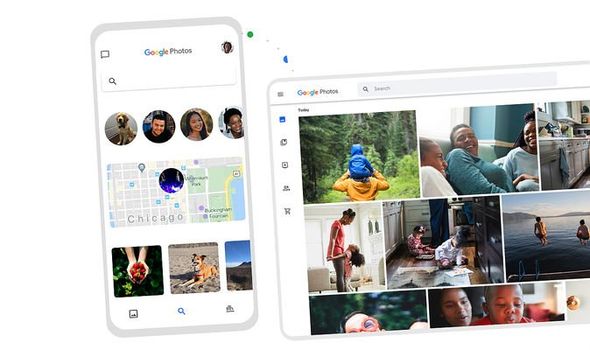 When Google launched Google Photos, it talked-up its new High Quality compression mode, which allowed all users to store an unlimited number of images. Any photographs over 16MP are crunched down when using the High Quality mode, while videos over 1080p are reduced to High Definition for online back-up. However, Google was keen to point out how good its compression was – and how tough it was to discern the difference between compressed images and those stored in their original quality.

On stage during the annual Google IO developer conference, Anil Sabharwal, who conceived, built and launched the photo-organising app, promised that High Quality storage would offer “near-identical visual quality” when compared to your original photos. But Google has changed its tune.

With more than four trillion photos uploaded to its servers, Google is changing tact.

The Mountain View-based company is now sending out emails to existing Google Photos users to try to push them to move to “Original Quality” uploads. As the name suggests, these completely are uncompressed. But while there’s no impact on the original quality of the photo or video… storing your memories in this quality does count towards your Google Drive allowance.

All Google accounts come with 15GB of Google Drive storage for free, but after that, you’ll need to pay for more cloud-based storage. To boost storage, there are a number of tiers available. These, known as Google One, cost £1.59 a month for 100GB and rise to £7.99 a month for 2TB of storage. This can be used across Google apps, not just Google Photos, including Gmail and more. Google One subscribers can also unlock discounts from the Google Store. 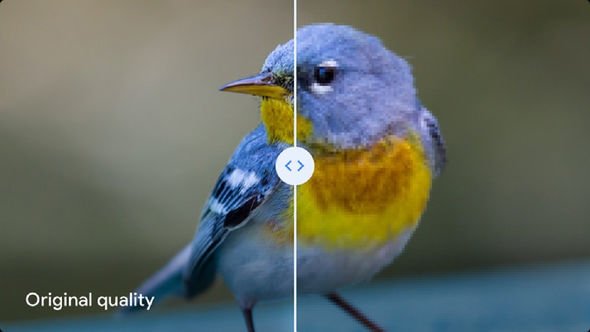 To encourage Google Photos users to upgrade their storage to allow them to store all images at full quality, Google has included a sample photo demonstrating exactly how damaging “High Quality” compression can be to your images. It adds: “Original quality photos preserve the most detail and let you zoom in, crop and print photos with less pixelation”.

While it’s true that compression does always impact quality. Unless you’re planning to print out your photos on an industrial billboard …you’re unlikely to see the difference. If you’re using your photographs as wallpapers on your devices or printing them in small frames around the home, it doesn’t really matter if you use compression or not. 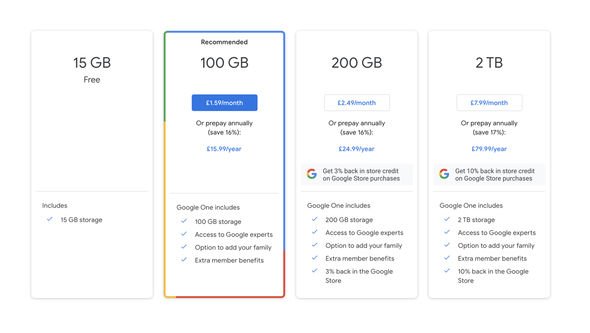 It’s interesting that – having talked up its ability to store an unlimited number of images with no impact on quality – Google is now talking down its ability to compress your pictures in an effort to push its Google One subscription.

So, was Google over-promising with its High Quality compression back in 2015 when Google Photos was announced, or is it overly pessimistic about the impact compression has on your images now that it wants Google One to be as successful as Photos? Your answer to that might decide whether or not you’re willing to stump up for extra storage to store your new images in Original Quality in Google Photos.

If you’re an Android smartphone owner who has been pouring all of their images into Google Photos for half a decade now… the latest email campaign is unlikely to go down well.