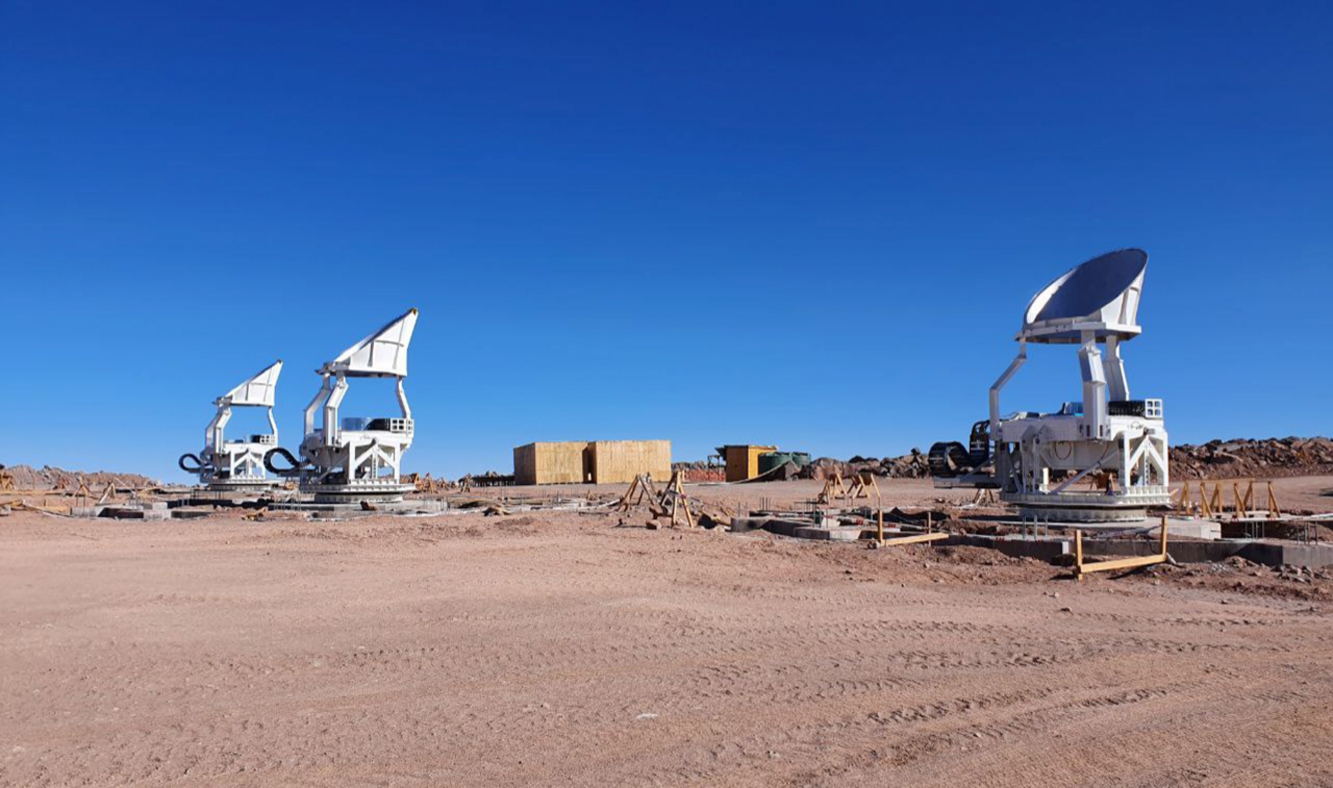 Scientists from the UK are joining an international astronomy mission to search the skies for cosmic origins of the universe.

Six UK universities will deliver a major upgrade to the cosmic microwave background (CMB) experiment known as Simons Observatory (SO).

The CMB is the trail of heat left by the Big Bang, and scientists say studying it can shed light on our understanding of how stars and galaxies were formed.

‘This major investment by UKRI (UK Research and Innovation) will allow UK researchers to spearhead discoveries alongside partners in this international facility, uncovering the secrets from the very dawn of time,’ said Dr Colin Vincent, associate director for astronomy at the Science and Technology Facilities Council.

The Observatory is a ground-based telescope on a mountain 5,200 metres above the Atacama Desert in Chile.

Fluctuations in the CMB, the heat left over from the hot, early days of the history of the Uuiverse, reveal shifts in how matter was distributed shortly after the Big Bang, which are the initial seeds of all structure in the Universe.

The two types of telescope will do two different jobs.

The small aperture telescopes are focused on searching for signatures of primordial gravitational waves.

The large telescope will address a range of unsolved questions including the nature of neutrinos and other relativistic species, the nature of dark matter, and the physics giving rise to the observed accelerated expansion of the universe.

The six universities delivering the major new UK contribution from next moth are:

With £18 million funding from UKRI the UK will be leading on two additional telescopes providing a major increase in the sensitivity of the facility, along with UK expertise in data processing and analysis.

‘Simons Observatory is very excited by the addition of the UK contribution to the programme,’ said SO spokesperson Professor Mark Devlin, from The University of Pennsylvania.

‘The addition of the new telescopes and researchers will be a significant addition to our program and will help to ensure SO returns amazing science for years to come.’