(Reuters) – Homebound customers of Uber Technologies Inc (UBER.N) more than doubled their orders from the company’s food-delivery service in the second quarter but demand for ride-hailing trips only marginally recovered from pandemic rock-bottom. 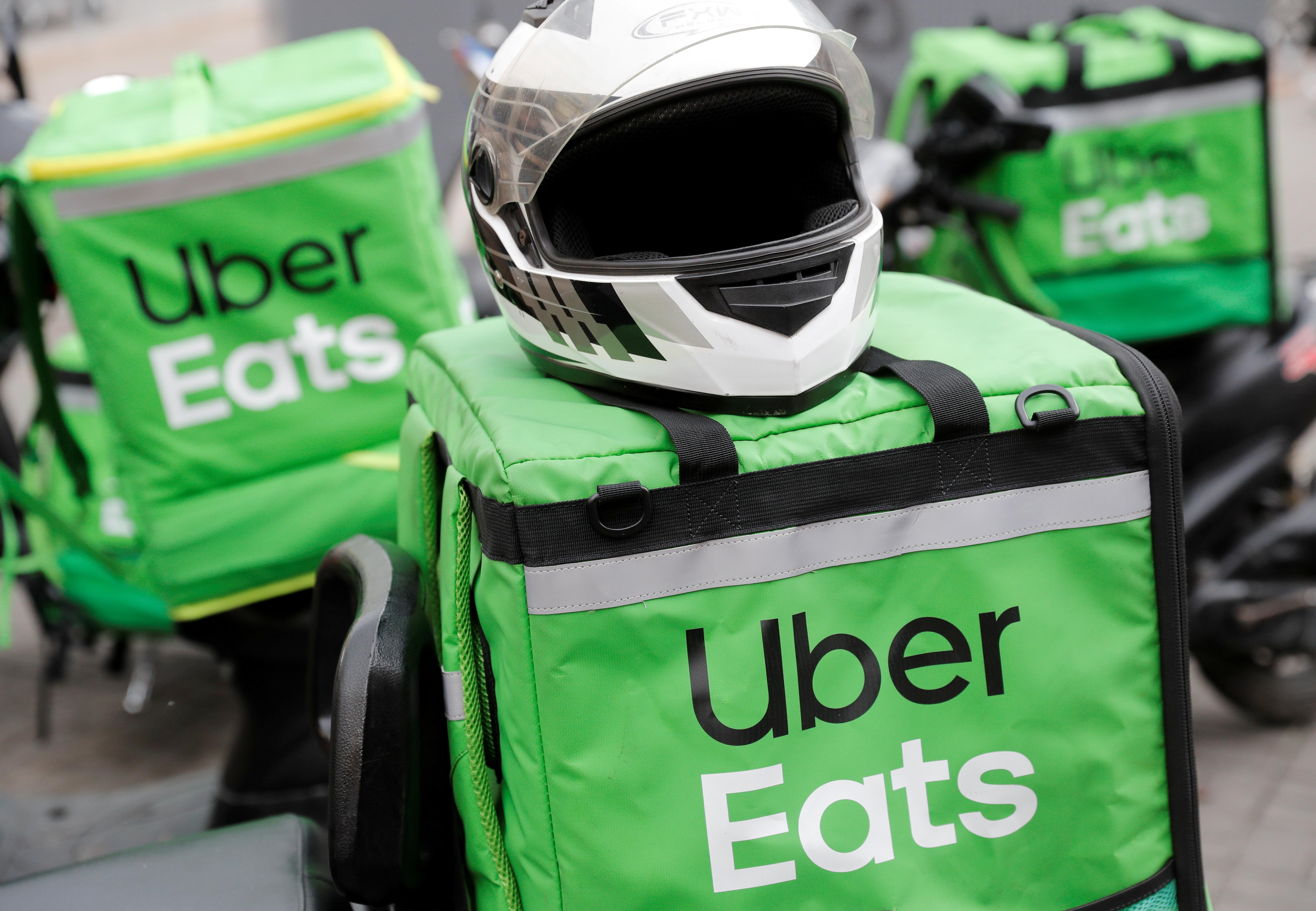 The company said that despite those larger challenges it is sticking to its goal of being profitable on an adjusted basis before the end of 2021 thanks to stringent cost-cutting measures and a strong balance sheet. Uber recorded an adjusted loss in earnings before interest, taxes, depreciation and amortization of $837 million in the second quarter.

Ride-hailing trips, in the past responsible for nearly two-thirds of Uber’s revenue, increased 5 percentage points from their low in April, but gross bookings remained down 75% from last year.

Uber’s chief executive officer, Dara Khosrowshahi, told analysts on a conference call on Thursday that rides recovery depended on the ability of different countries to contain the virus, with the recovery so far led by Asia, excluding India.

In Hong Kong and New Zealand, ride bookings at times exceeded pre-COVID-19 levels, while trip requests in Germany, France and Spain have improved to just a 35% decline from a year ago.

The company on Thursday posted a $1.8 billion net loss from April through June, including charges related to laying off 23% of its global workforce during a period when infections of the novel coronavirus continued to spread in the United States, Uber’s largest market.

The number of active platform users across the 69 countries in which Uber operates nearly halved year-over-year, from 99 million to 55 million.

Uber’s second-quarter revenue fell 29% to $2.24 billion from the year prior, beating analysts’ average estimate of $2.18 billion, according to IBES data from Refinitiv.

Revenue at Uber Eats doubled to $1.2 billion, boosted by greater demand for delivery as Americans largely continue to stay home. Uber last month expanded its delivery reach by announcing the acquisition of Postmates Inc for $2.65 billion to expand the business of supplying everyday goods.

Uber’s ride-hailing segment remained battered by the coronavirus crisis, with revenue from the United States and Canada, its largest combined market, declining $1.25 billion. Nevertheless, ride-hailing was the only segment generating an adjusted EBITDA profit, of $50 million.

Uber said fewer U.S. ride-hail drivers were returning to the platform compared with other countries. Uber faces several legal challenges over the status of its drivers in the United States, with California and Massachusetts suing the company over the alleged misclassification of drivers as independent contractors.

He also told analysts that Uber’s food-delivery business would be profitable in the vast majority of countries in which it operates within a couple years.

Uber in recent months has closed Eats operations in eight smaller markets, including in Eastern Europe and the Middle East. It also cut losses from its Eats business in India, where it sold its food-ordering business to a local competitor in exchange for a stake in the company.

Uber Eats was also gaining traction in the suburbs, including the outer boroughs of New York City, where the food delivery service is now the market leader, the company said.

Uber executives said cost-cutting was helping to improve margins, along with better route planning and more restaurants relying on its delivery couriers.