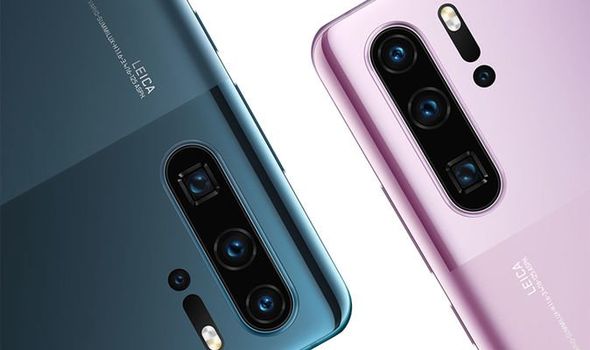 Huawei has produced some very good smartphones this year with the P30 Pro proving a very tough device to beat in 2019.

There’s also a large 4,200mAh battery and you get Huawei’s reverse wireless charging technology that allows the P30 Pro to refill other devices.

If you want to know more about the P30 Pro you can read our full review here but there could be a very enticing reason to upgrade.

Virgin Media has just announced its Black Friday sale event and the P30 Pro is just one device that’s part of the offers.

Virgin Mobile says that it is bundling a range of gifts including the latest Nintendo Switch with the Huawei P30 Lite, P30 or P30 Pro.

This deal can save up to £144 off the usual price.

Along with that discount on the P30 Pro Virgin also has a swathe of other discounts on phones, TV bundles and broadband – YOU CAN FIND ALL THE DEALS HERE

If these deals don’t take your fancy then don’t panic as there’s plenty more to come.

The big Black Friday bonanza begins on November 29 and expect some huge discounts and tech bargains.

Currys has already launched its early sales and Amazon has revealed it will be running discounts from next week.

The retail online giant’s event will run from 00:01 on Friday, November 22 until 23:59 on November 29, during which time there will be tens of thousands of deals available.

Amazon is continuing its Black Friday tradition by offering “deals of the day” and “lightning deals”. As the name suggests, the former will slash the prices of particular products for a 24-hour period while the latter will apply to items of a limited quantity and for a shorter amount of time.

Exoress.co.uk will bring you all the deals as they are announced.