If you want the very best viewing experience in your living room then 8K is the way to go. This pin-sharp screen technology offers four times the resolution of 4K meaning content looks sharper, brighter and more pixel-packed than ever.

8K is clearly way ahead, but buying one of these state-of-the-art televisions comes with its issues. Firstly, these sets can be hugely expensive with prices for Samsung’s latest goggleboxes starting from around £3,000.

Then there’s the size. Samsung’s 8K TVs were previously only available in 65-inch screens and above – until now. The South Korean firm has just announced the release of its new 55-inch Q700T 8K TV, which could make owning one of the new televisions seem way more attractive.

Along with being a more suitable size for most living rooms, this pixel-packed TV now starts from £1,999, which is still expensive but is comfortably the most affordable model in Samsung’s current 2020 line-up. Along with getting a better image quality on the screen, there’s some other bonuses that arrive on this new telly.

Samsung’s QLED 8K includes clever upscaling which ensures that, no matter the original content, the quality will automatically adapt to give users the very best picture. So, even if you’re watching a VHS or DVD – the processor packed inside the screen will boost the picture quality to bring it closer to what you’ve come to expect from High Definition channels, Blu-Ray discs and more.

Consisting of eight dedicated speakers built-in to the four sides of the Q700T 8K TV, Samsung is boasting that its OTS+ places the viewer right in the heart of the scene. Other features include Dynamic Black Equalizer technology which reveals all of the finest details, even in the darkest scenes, plus unique to Samsung QLED, gamers can play on for as long as they wish, with no worries of Screen Burn guaranteed. 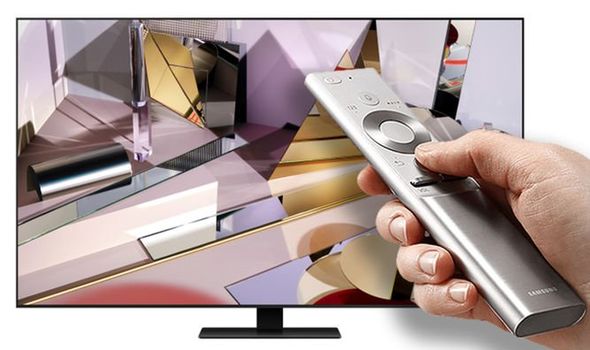 Along with this new Q700T TV, Samsung has also just announced a completely new way to watch the big screen. Called The Premier, this new 4K Ultra Short Throw laser projector can beam stunning footage straight onto any wall in your home with Samsung even claiming that it’s capable of producing an image that is HDR10+ certified. In theory, that means users get the ultimate picture quality no matter how dark or light the image being projected.

Along with HDR10+, The Premiere also supports Filmmaker Mode, which marks the first time such technology has appeared in a projector. This setting allows users to enjoy watching movies as the director intended.

Another bonus of this projector is how big it can make the image with Samsung confirming that it is capable of beaming footage to a size of up to 130-inches onto any wall.

There’s no word on UK price or availability just yet, but two models are set to land on store shelves across the world.