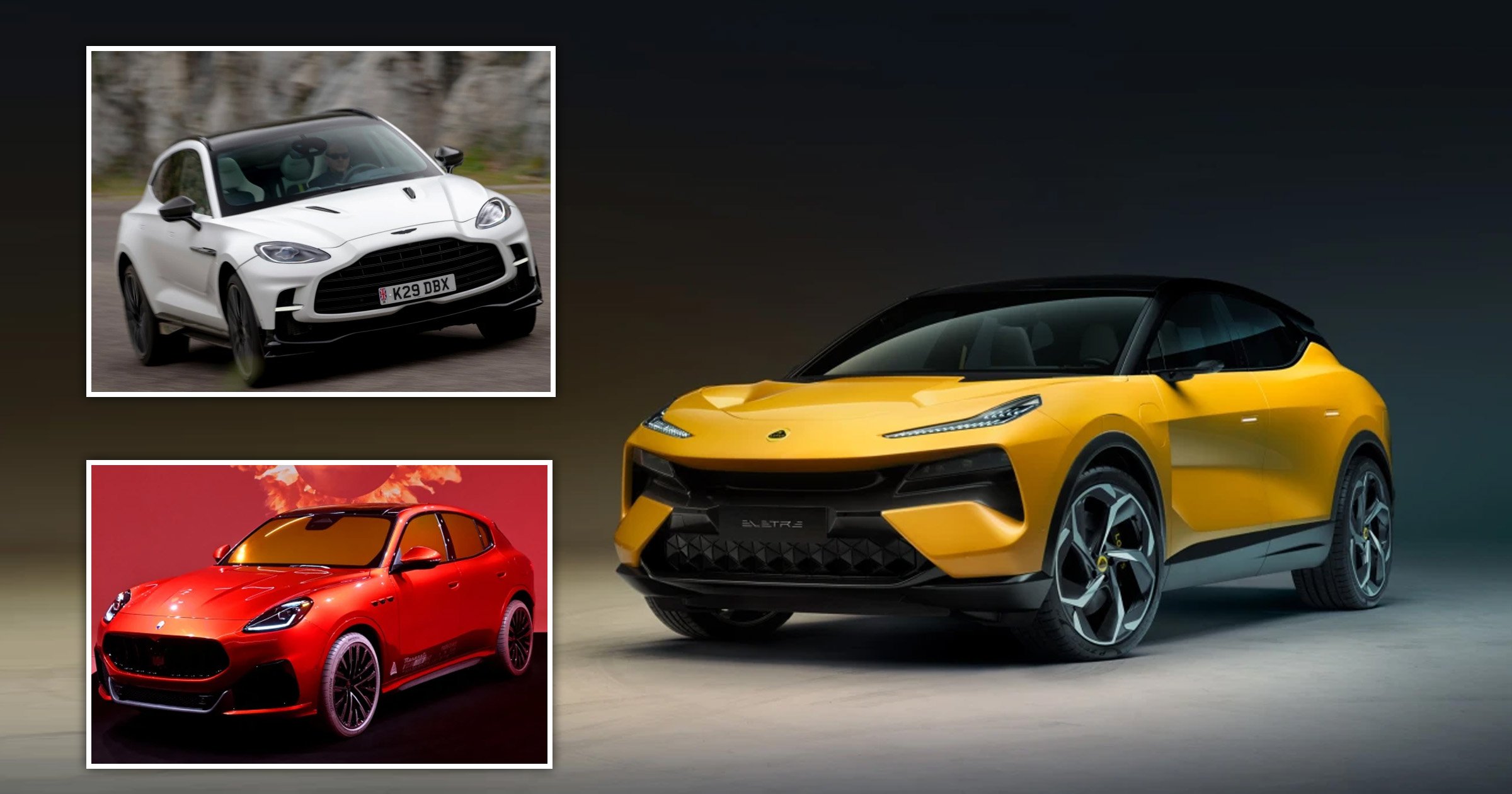 What’s that noise, can you hear it? A faint but deep whirring sound coming from down there… It’s Lotus founder Colin Chapman spinning in his grave.

At least, that’s what the purists will tell you, because sports cars don’t come any purer than a Lotus. Yet now they’ve gone and built an SUV.

Lotus was established in 1948 and went on to build the iconic Elan, Esprit and Elise, win 74 grand prix, 13 F1 titles and, in the late-1970s, they became James Bond’s motor of choice. The key to a Lotus’ performance? Not the power, but the weight – or lack thereof.

The 105kWh is good for 600bhp+ and promises an impressive 373-mile range. It also boasts level-four autonomy.

It looks good too, like a Lamborghini Urus at the front and a Kia EV6 at the back. The interior is stylishly minimalist in keeping with Lotus’s less-is-more aesthetic.

It will not be built in Lotus’s Norfolk home, but Wuhan in China. Cue traditionalists turning puce.

Even McLaren, who previously swore they’d never do an SUV, due to their Lotus-like weight philosophy, are understood to be considering it with a carbon-fibre chassis.

That’d be a first. But Lotus wins the honour of launching the world’s first hyper-SUV-EV. The price is yet to be announced, though it’s thought to be in the £120,000 ball park.

Record-breaking sales are predicted in the US: Urus x Tesla x the marque Julia Roberts drives in Pretty Woman = a recipe for success. Chapman, who died in 1982, loved lightweight. But he also loved money. Lotus’s existence has often come under threat.

The Eletre is the car that’ll ensure its medium-term future and enable it to keep building cars like the thrilling two-seat Emira, and for that the purists can be grateful.

Lotus aren’t the only marque with a new SUV…

America’s answer to the Range Rover, the all-new fifth-generation Grand Cherokee is the most luxurious yet. It also has a turbocharged 375bhp plug-in hybrid powertrain and considerable 4×4 abilities.

Whisper this; the Detroit-built machine might have the off-road edge on its UK competitor.

It has air suspension with electronic semi-active damping, and we used it to scale some sizeable rocks and boulders on the car’s Texas launch this month, aided by its class-exclusive sway bar disconnect, which gives adventurers improved articulation and traction on the really rough stuff.

It’s capable of 25 miles in electric-only mode and can pull 2,720kg, making it great for both urban commutes and caravanning.

Maserati’s new mid-size SUV is slightly smaller than its brother the Levante, but bigger inside thanks to Dr Who skills. It’s available with both conventional combustion (530bhp V6) and mild hybrid engines (300bhp – 330bhp 4-cylinder). A fully-electric version will come on sale in a year’s time.

The Grecale looks elegant and discretely purposeful – less shouty than most other premium SUVs. Inside, the leather is beautifully stitched and the iconic Maserati clock is in its usual place, but now it has a digital face.

All derivatives have taught handling and impressive agility, but it’s the soulful baritone and grunt of the V6 ‘Trofeo’ we find the most addictive and Maserati-ish. UK prices are expected to start at £60,000.

Having driven the ‘standard’ DBX, one wouldn’t have thought the thing it needed was more power. But Aston Martin think otherwise, which is why they’ve gifted the world’s many super 4×4 fans with the most powerful production SUV yet.